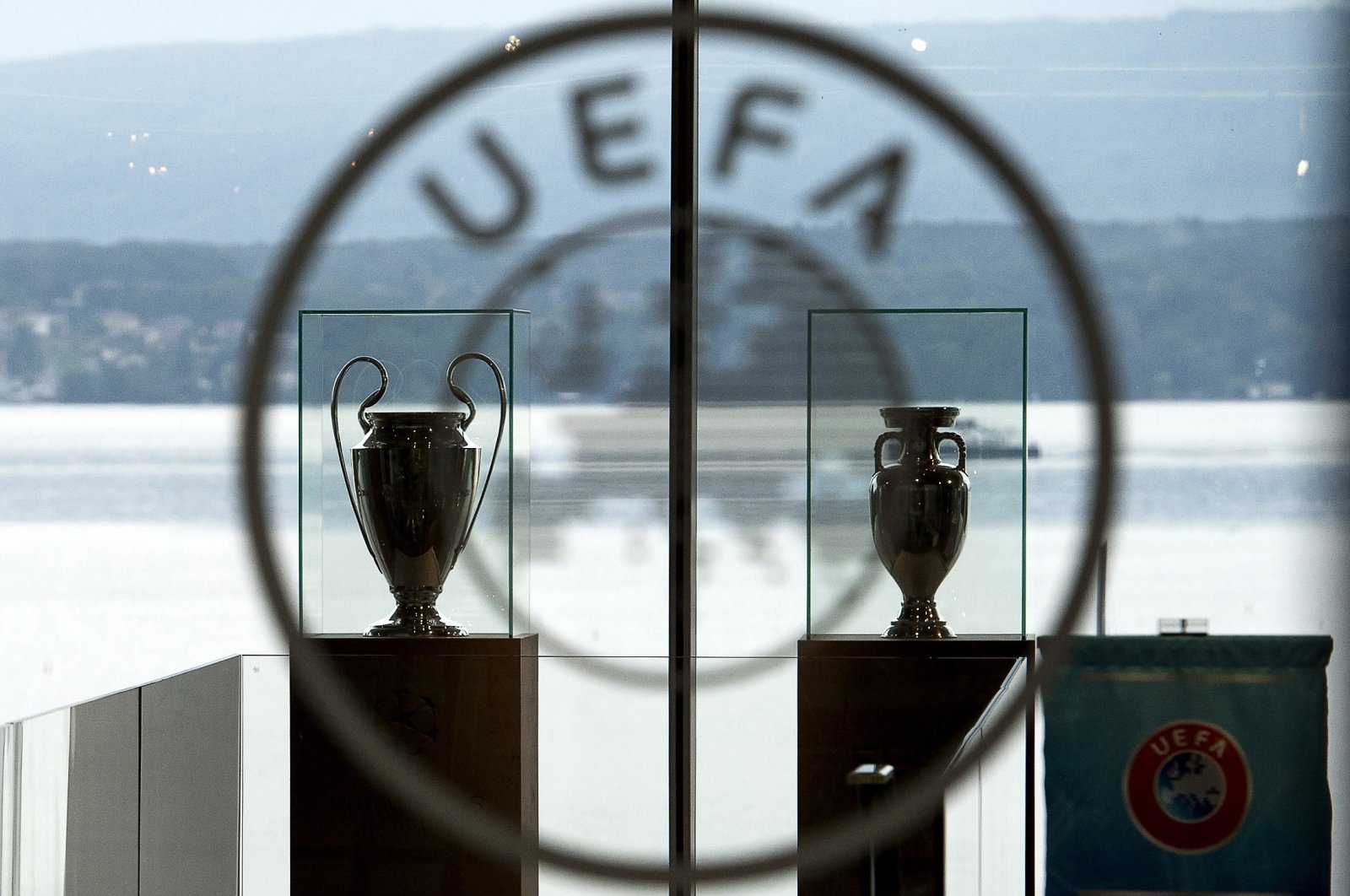 European football was thrown into complete disarray after a group of 12 elite clubs confirmed the launch of the long-rumored breakaway competition, called the European Super League.

Under the plan, the clubs will walk away from the current top European football tournament, Champions League, despite the threat of legal action from UEFA.

Clubs involved in the move to quit the existing structures – in an apparent grab for more money and power – include Real Madrid, Barcelona and the American-owned Arsenal, Liverpool and Manchester United.

No German or French clubs have signed up so far.

"By bringing together the world’s greatest clubs and players to play each other throughout the season, the Super League will open a new chapter for European football, ensuring world-class competition and facilities, and increased financial support for the wider football pyramid," said Joel Glazer, co-owner of Manchester United and vice chairman of the Super League.

Real Madrid president Florentino Perez would be the founding chairman of the SL, which it said "is intended to commence as soon as practicable."

"We will help football at every level and take it to its rightful place in the world," he said. "Football is the only global sport in the world with more than four billion fans and our responsibility as big clubs is to respond to their desires.”

While they want to only play midweek and stay in their domestic leagues, the rebel clubs were warned that won't be possible by those competitions and UEFA.

The Super League plans, which were first leaked in January, escalated into a greater threat to implement them on the eve of UEFA’s planned announcement of a new format for the Champions League. While the long-standing existing competition that grew from the European Cup would increase to 36 teams and add more games as desired by the wealthiest clubs, they remained frustrated that UEFA would not grant more control of the sale of television and commercial rights.

Still, the European Club Association’s board and the UEFA clubs’ competitions committee on Friday had signed up to expanding the Champions League from 2024 – ahead of ratification by the UEFA executive committee on Monday.

The rebel clubs are all members of the ECA which has a working agreement with UEFA, signed in 2019, which commits all its members to take part in and respect the Champions League and other European competitions through the 2023-24 season.

UEFA announced earlier Sunday it had "learned that a few English, Spanish and Italian clubs may be planning to announce their creation of a closed, so-called Super League.” The plan was called a "cynical project, a project that is founded on the self-interest of a few clubs” in a statement from UEFA jointly with the leagues and national governing bodies from England, Spain and Italy.

"We will consider all measures available to us, at all levels, both judicial and sporting in order to prevent this happening. Football is based on open competitions and sporting merit; it cannot be any other way,” the statement said. "As previously announced by FIFA and the six Federations, the clubs concerned will be banned from playing in any other competition at domestic, European or world level, and their players could be denied the opportunity to represent their national teams.”

While FIFA issued a statement in January warning players in a Super League could be banned from the World Cup, the world governing body has not denied that its president, Gianni Infantino, has been involved in the breakaway talks with officials, including Real Madrid's Perez.

The Premier League said the Super League would "undermine the appeal of the whole game” by going against the principles of open competition.

"Fans of any club in England and across Europe can currently dream that their team may climb to the top and play against the best,” the Premier League said. "We believe that the concept of a European Super League would destroy this dream.”

"The Premier League is proud to run a competitive and compelling football competition that has made it the most widely watched league in the world. Our success has enabled us to make an unrivaled financial contribution to the domestic football pyramid.”

In a previous proposal, the creation of a 20-team annual competition would include 15 top clubs as permanent members based on plans seen in January by the AP. The five other teams would vary each season, although the qualification method has not been determined.

Under this plan, each of the 15 founding members would get a share of at least 3.5 billion euros ($4.2 billion) in initial infrastructure grants. The money would be split among four tiers of clubs, with the top six each getting 350 million euros. The competition would begin with two groups of 10 teams, with the top four from each group advancing to the quarterfinals. That would guarantee every team 18 annual Super League matches, compared to a minimum of 10 games in the planned new-look Champions League group stage.

In comparison, UEFA said the total commercial revenue was 3.25 billion euros for each of the past three seasons from selling the rights to the Champions League, Europa League and UEFA Super Cup.

Those numbers fund billions of dollars in prize money to clubs each season, though have been slightly reduced by disruption from the pandemic.

For the 2021-24 sales cycle, UEFA is expected to sell around $14 billion in broadcast and sponsor deals for its club competitions, which includes the new third-tier Europa Conference League.

Those sales were completed worldwide on the legal commitment of top clubs to play according to the UEFA-ECA accord. Any breach of the cooperation deal would likely lead to legal threats and suits. In the previous Super League business plan, the 15 founding clubs of the new competition would take the greatest slice of the broadcasting revenue.