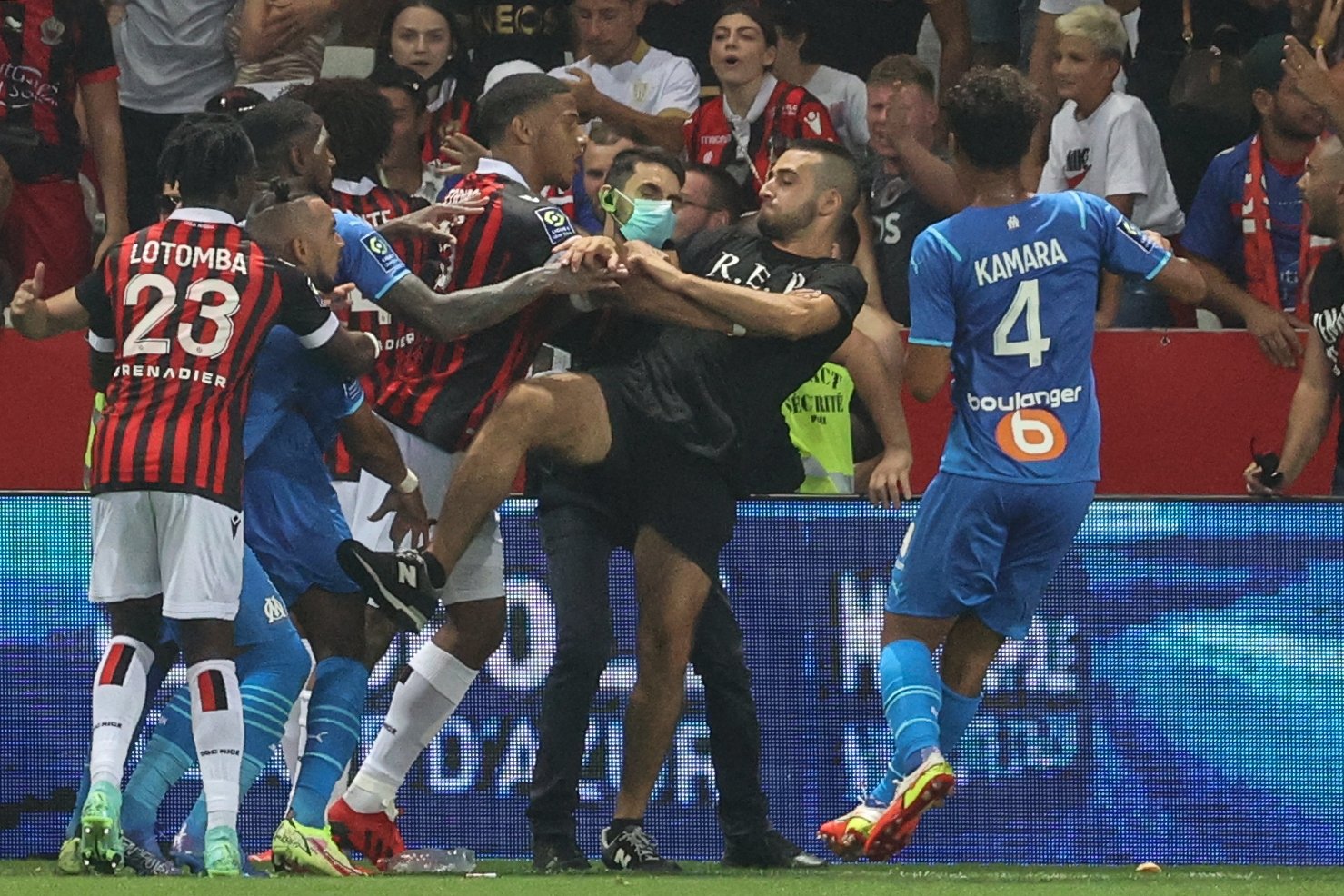 The French league was attracting attention for the wrong reasons Sunday after the match between home side Nice and Marseille was abandoned over fan violence.

Visiting Marseille refused to restart the game over safety concerns as Nice fans invaded the pitch.

The game had been interrupted with players leaving the field after home fans threw projectiles and invaded the pitch. Unverified photos on social media showed at least three players were injured.

If usual French league rules are applied, an automatic 3-0 victory will be awarded to Nice.

Nice supporters had already been warned against throwing objects by the stadium announcer when, with about 15 minutes remaining, Marseille midfielder Dimitri Payet was hit on the back by a bottle thrown from an area with Nice fans. Payet threw the bottle back into the crowd, prompting a significant number of Nice fans to rush the field.

Authorities in Nice have opened a probe into the incidents that caused the abandonment, the local prosecutor's office told Agence France-Presse (AFP) Monday.

"An investigation is underway, but no one has been taken into custody" at this stage, said the prosecutor's office.

Angers and Clermont were the only teams other than Paris Saint-Germain to have won both their opening matches but they dropped their first points of the season Sunday.

Angers hadn’t conceded a goal before Sekou Mara scored for Bordeaux in the 10th minute. But Romain Thomas leveled shortly before halftime and the match finished 1-1.

Substitute Elbasan Rashani scored twice in the final 10 minutes to help promoted Clermont fight back from two goals down and snatch a 3-3 draw at Lyon.

Strasbourg and Troyes both picked up their first points of the season as they played out a 1-1 draw.

Lorient had two players sent off late on in a 3-1 loss at Montpellier, which recorded its first win of the season.

Rennes also won its first match with a 1-0 victory over Nantes, while Metz and Reims drew 1-1.