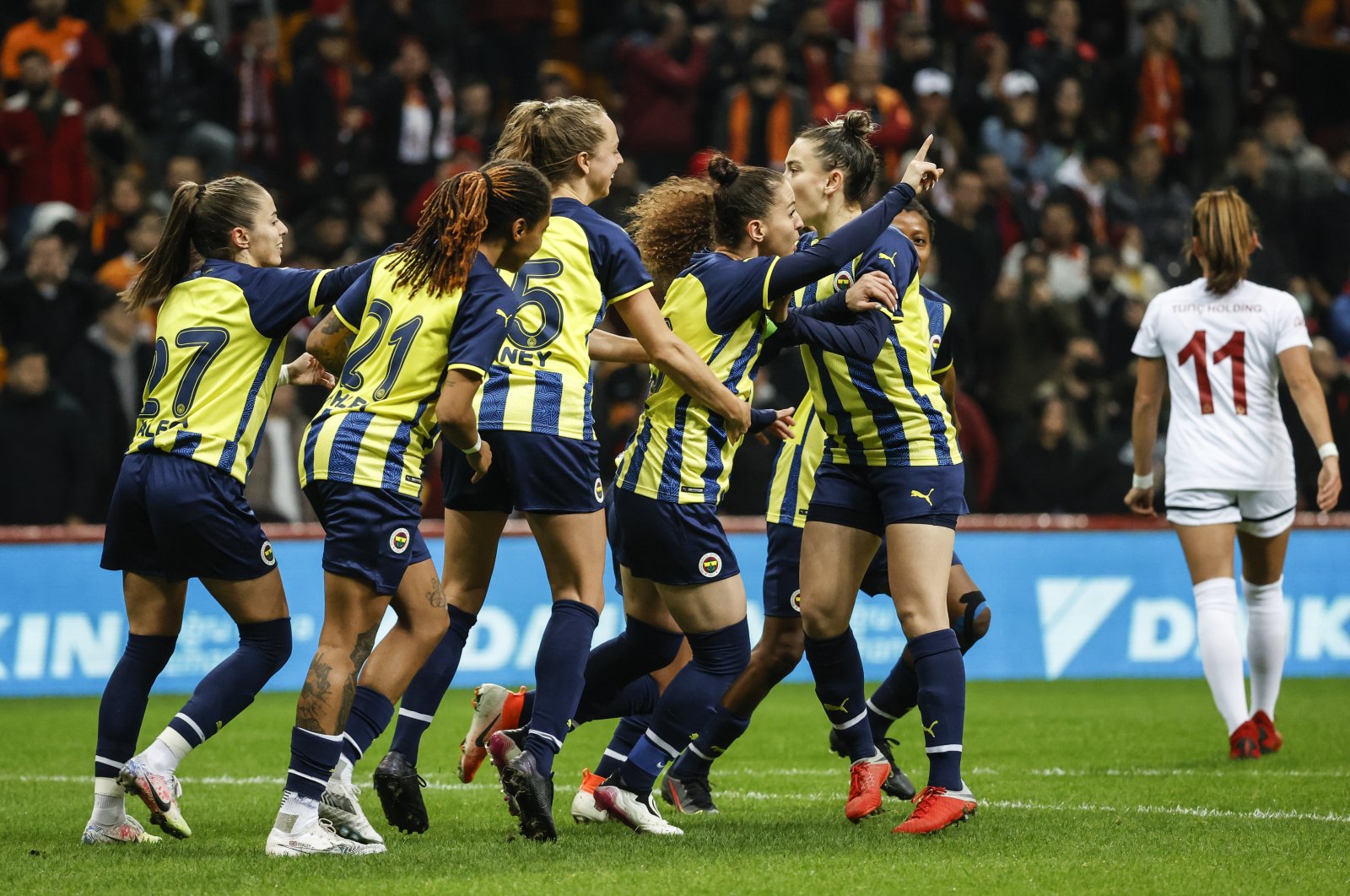 Fenerbahçe defeated Galatasaray 7-0 in a historic women's football derby late Tuesday that was held for the first time to stop discrimination and violence against girls and women.

The visitors dominated the match after Galatasaray's Nigerian defender Ijeoma Daniels was shown a red card following a foul in the fifth minute at Istanbul's Nef Stadium.

Five minutes later, Fenerbahçe took the lead against Galatasaray when Fatma Kara Şahinbaş scored a penalty. It was the first-ever Fenerbahçe versus Galatasaray derby goal in women's competition.

Fenerbahçe doubled the gap in the 15th minute. Portuguese midfielder Mariana Pereira Jaleca's shot was parried by goalkeeper Sude Sözüdoğru but Fenerbahçe's Berdan Bozkurt followed the rebound and scored in the far post.

The Yellow Canaries' English forward Shameeka Fishley had a hat trick with goals in the 31st, 34th and 39th minutes to make it 5-0. One of her goals was classy, firing outside the penalty area.

Fenerbahçe forward Kennya Cordner from Trinidad and Tobago, scored on a counterattack for the sixth goal in the 40th minute as the visitors led the first half 6-0.

The Yellow Canaries added another goal in the 51st minute. Setenay Sırım received a through ball and entered the penalty box, then finished one-on-one to cap the scoring in the friendly match for Fenerbahçe.

Before kickoff, players stepped on the pitch with a "No to violence against women" banner, urging fans to be aware of the issue.