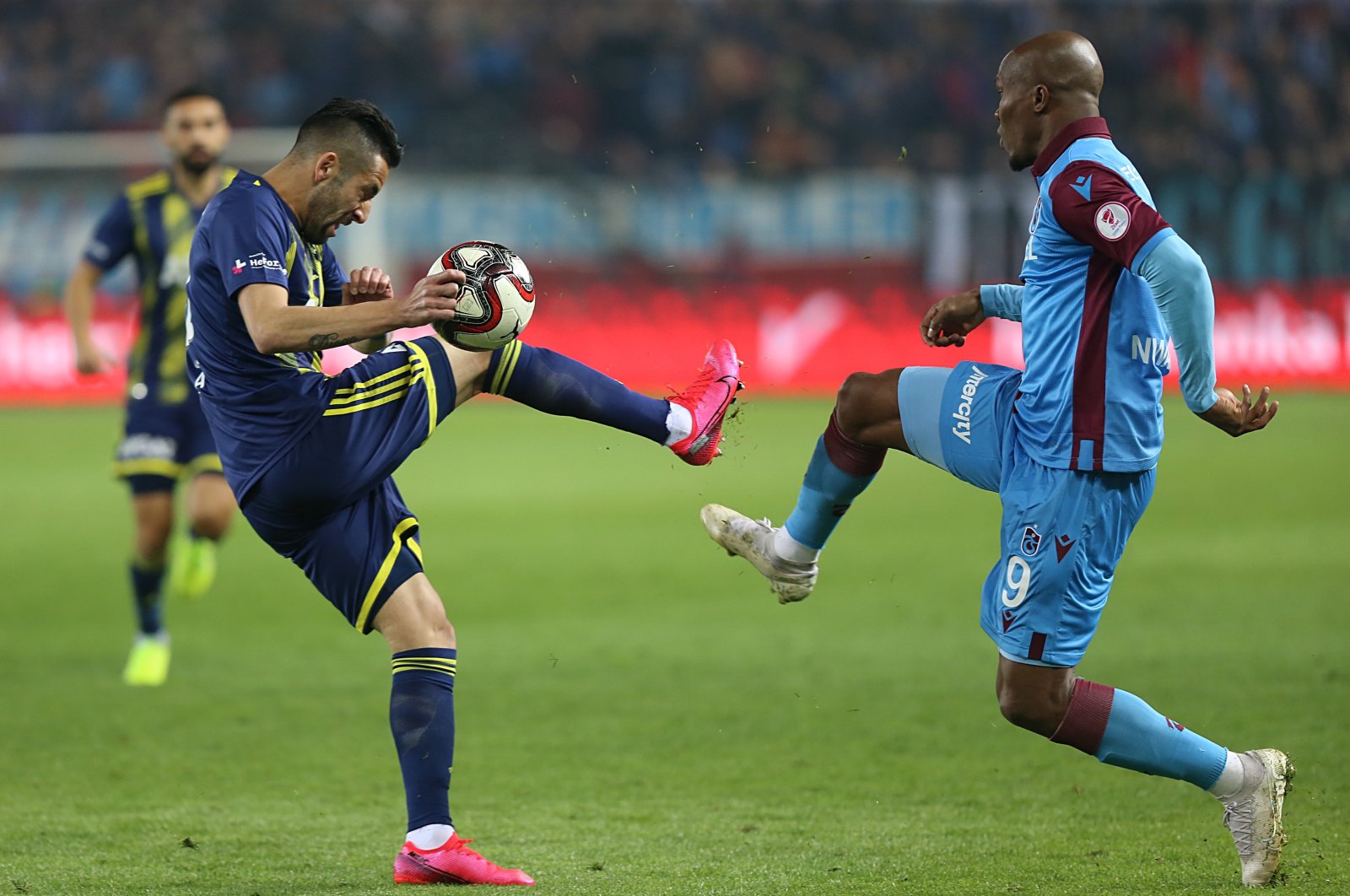 The Süper Lig is set to witness a tense match potentially full of drama on Sunday, when Fenerbahçe and Trabzonspor, two clubs with a long-running feud between them, meet in Istanbul

The Süper Lig’s Week 6 kicks off with Istanbul side Kasımpaşa hosting Göztepe on Friday, while the show stopper of the matchday will take place on Sunday with a suspenseful clash between archrivals Fenerbahçe and Trabzonspor.

Sitting at seventh place with seven points, Kasımpaşa hosts Aegean side Göztepe for the opening match of the weekend. Pulling off a surprise victory against Istanbul powerhouse Galatasaray two weeks ago, Kasımpaşa will look to secure another three points against Göztepe, which suffers from a lack of form.

The Aegean club was defeated 3-2 by Fenerbahçe last week and had three draws in a row before that. Kasımpaşa won both clashes last season, including a 4-1 hammering at Göztepe’s home.

Saturday will see Başakşehir take on Antalyaspor, with the defending champion hoping to turn the lucky break it got last week against Trabzonspor into an upward trajectory in form.

Entering last week pointless and goalless, Başakşehir finally secured its first victory after defeating Trabzonspor. Now, coach Okan Buruk hopes it could mark the start of a winning streak, while his players lick their wounds from Champions League defeat.

Making its debut in the Champions League, Başakşehir traveled to Germany on Wednesday to face RB Leipzig, which ended in a 2-0 defeat for the Istanbul side.

While Buruk could get away with a shaky start to Europe’s top tier competition, he will find himself at the pointy end of sharp criticism if things don’t improve in the club’s domestic campaign.

Meanwhile, Galatasaray will visit Erzurum, where coach Fatih Terim will try to put an end to his and the club’s worst start to the season in more than a decade.

With just two wins and a draw in, Galatasaray made the worst start to a Süper Lig season in 14 years in terms of points won in the first five weeks.

Ending its European campaign so early in the season after getting knocked out in the playoffs by Scotland’s Rangers, Terim is already under fire from pundits and fans and a further loss could see Galatasaray’s veteran coach make an exit before the season reaches its halfway point.

Saturday was also set to see a clash between capital side Ankaragücü and Hatayspor, but the match was postponed after the latter announced a COVID-19 outbreak among players. Hatayspor’s last week and Saturday matches were postponed after the club announced 17 of its players, as well as coach Ömer Erdoğan, contracted the coronavirus.

On Sunday, Trabzonspor will come on the pitch at Şükrü Saraçoğlu Stadium to face Fenerbahçe for the matchdays anticipated clash.

Standing at second place with 11 points, a win against Trabzonspor could propel Fenerbahçe to the top of the table – if Karagümrük can defeat leader Alanyaspor, which will start prior to the marquee match.

Finding its archrival Trabzonspor in shambles at 14th place with just a single win and five points, coach Erol Bulut will likely to instruct his players to hold nothing back.

While a defeat could help Fenerbahçe emerge as the main contender for this year’s title, a hammering will also boost morale at the club, which is already running high after a better-than-expected start to the season.

Despite its poor form, Trabzonspor still has a visible edge when looking at past meetings.

Winning three previous matches, Trabzonspor only lost one game in the last 10, with five of them ending in draws.

Although it is always difficult to predict the outcomes of tense Süper Lig games, fans expecting drama won’t be disappointed as the match is sure to see several fights break out and yellow cards flying left and right.

Meanwhile, halfway into the chaos, Beşiktaş will return to action after taking a weekend off.

Not playing a match due to the uneven number of teams (21) in the league after the Turkish Football Federation’s (TFF) decision to remove relegation over COVID-19 interruptions, coach Sergen Yalçın was able to rest his squad.

Standing in the relegation zone with four points – but with a game at hand – Beşiktaş will take on Denizlispor for Sunday’s final match.

The matchday will arrive with Sivasspor hosting the Black Sea club Rizespor on Monday.