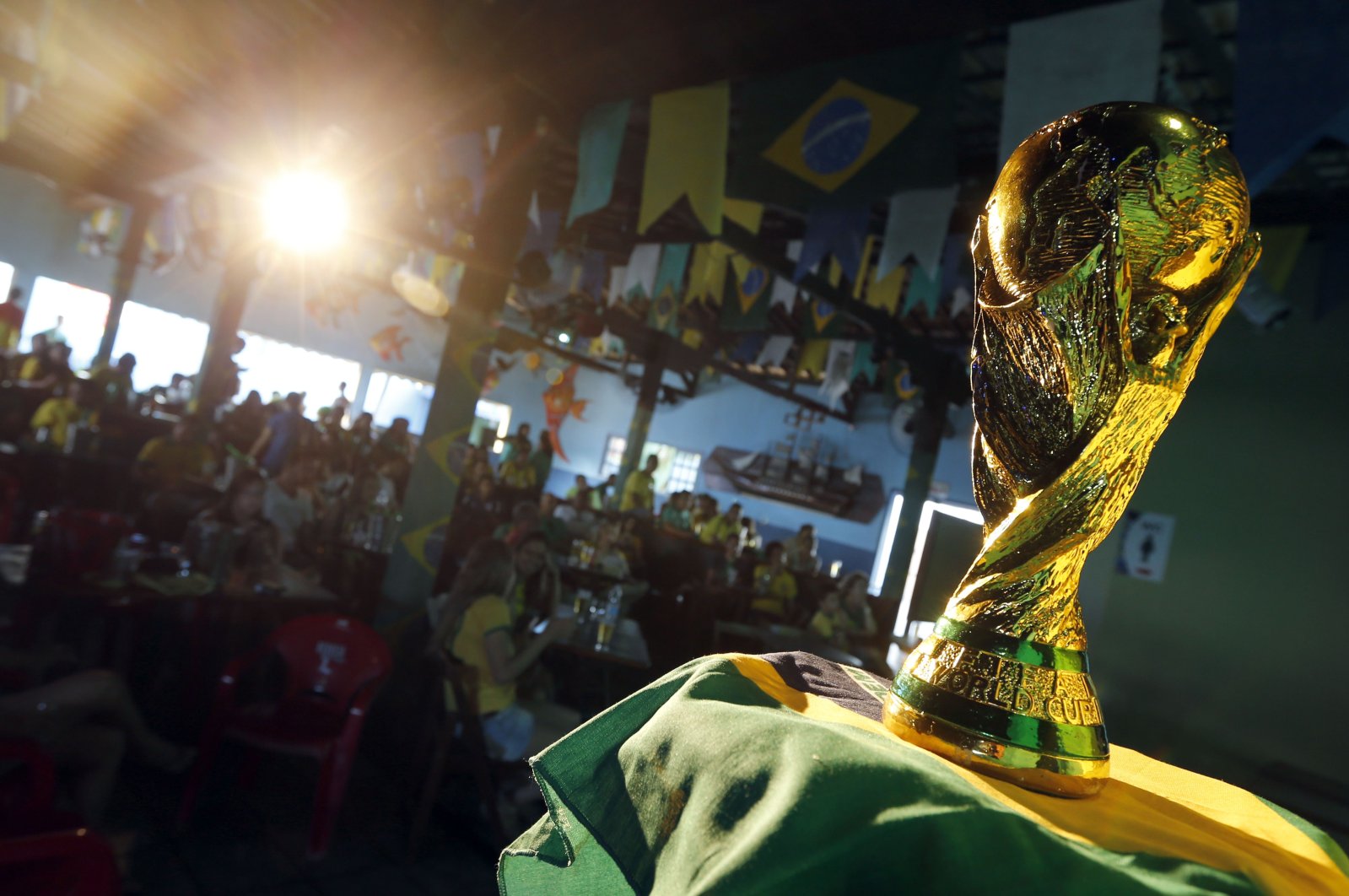 Brazilians watch the opening match of the FIFA World Cup between Brazil and Croatia behind a replica of the trophy in Porto Seguro, Brazil, June 12, 2014. (AP Photo)
by REUTERS Sep 16, 2021 5:22 pm
RECOMMENDED

World football governing body FIFA claimed most fans support more frequent World Cups as it released a summary of the results of an opinion survey.

The move comes after FIFA's plans to shift to a biennial World Cup faced severe criticism.

The proposals, which have been outlined by FIFA's head of Global Football Development, former Arsenal manager Arsene Wenger, have been met with widespread opposition from within the game.

FIFA's congress in May voted by a large majority to conduct a feasibility study into the potential of holding the World Cup every two years instead of every four years.

FIFA said it used polling company YouGov and that the 15,000 respondents "were identified as expressing an interest in football and the FIFA World Cup, from a broader market research survey involving 23,000 people in 23 countries, across the organization's six confederations."

It said the majority of fans would like to see a more frequent men's World Cup and of those respondents, a majority preferred a biennial competition.

FIFA said in a statement that "there are considerable differences between the so-called traditional markets and the developing football markets" and said that younger fans were more open to change.

The organization said it would publish full details of the survey and added that an expanded survey involving 100,000 people in more than 100 countries was currently underway.

UEFA President Aleksander Ceferin has threatened a European boycott of the World Cup should the plans go ahead against his organization's wishes.

The South American confederation CONMEBOL has also come out against the plan along with the World Leagues Forum, which represents the major national leagues.

Players union FIFPRO has said it has concerns about expanded workloads and a lack of consultation.

However, the Asian Football Confederation (AFC) said it welcomes the consultation process and CONCACAF, which organizes the game in North and Central America and the Caribbean, says it is studying the plans.

Wenger says that the status quo causes too much disruption and forces players to make too many long trips around the world for qualifiers and friendly matches. He says his system would streamline the process while still keeping the balance of 80% club football and 20% national team football.