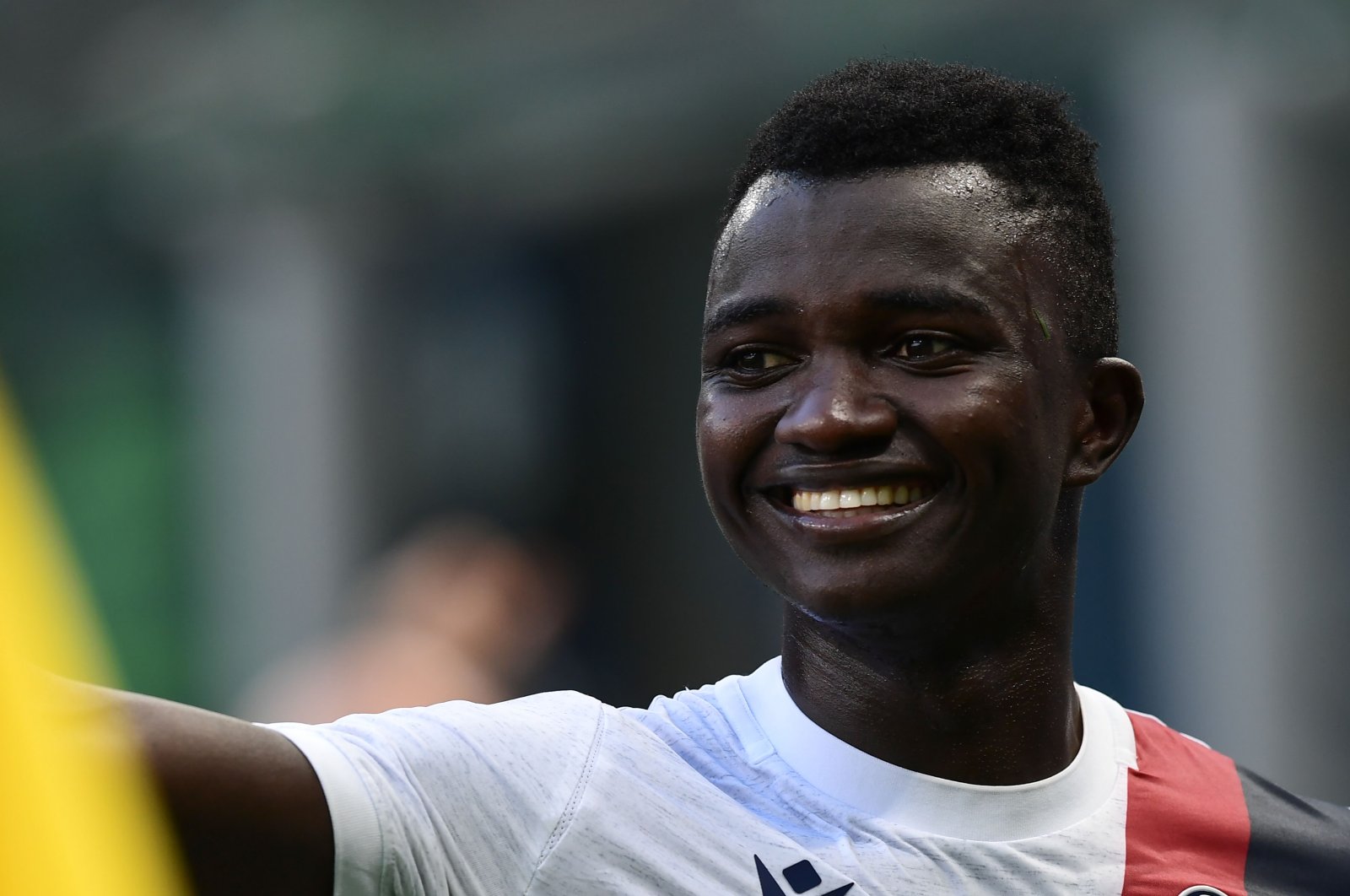 Gambian teenager Musa Juwara said he dedicated his first Serie A goal to "all who helped" him after an incredible journey to the top level of Italian football was capped in style when he scored for Bologna on Sunday.

The 18-year-old forward, who arrived in Italy after traveling unaccompanied across the Mediterranean as a child in 2016, came off the bench to equalize in Bologna's eventual 2-1 victory at third-placed Inter Milan.

"I dedicate this goal to my family and all those who have helped me along the way," Juwara, who was brought up by his grandfather after being orphaned, told Tuttomercatoweb.

He was adopted by an Italian couple, who helped him fight the Italian Football Federation (FIGC) for the right to play following his arrival in Europe.

"I thank the coach (Sinisa Mihajlovic) so much for giving me confidence against Inter, I'm very happy to have scored my first goal," Juwara added.

"It's a dream come true for me and I will remember this for the rest of my life."

Juwara's fellow Gambian and namesake Musa Barrow scored a dramatic late winner at San Siro, the sixth time he has netted in just 11 league appearances since joining Bologna from Atalanta on loan in January.

"I'm very happy for the other Musa, I gave him some advice and after the game, I asked him for his shirt, because he was very good," said striker Barrow, who himself is only 21.

Juwara, who revealed he grew up supporting Chelsea and idolized Eden Hazard, is still yet to make his first league start for Bologna and the 25 minutes he played on Sunday is the most he has featured in a Serie A match.

But he has now made his mark, with his first goal all the more remarkable given he was embroiled in a legal battle with the FIGC in 2017 just to be allowed to sign for Chievo due to a rule preventing exploitation of child immigrants.

Bologna hosts Sassuolo on Wednesday, when the ninth-placed side will be hoping Juwara can continue to defy the odds as its bid to launch a late challenge for Europa League qualification.