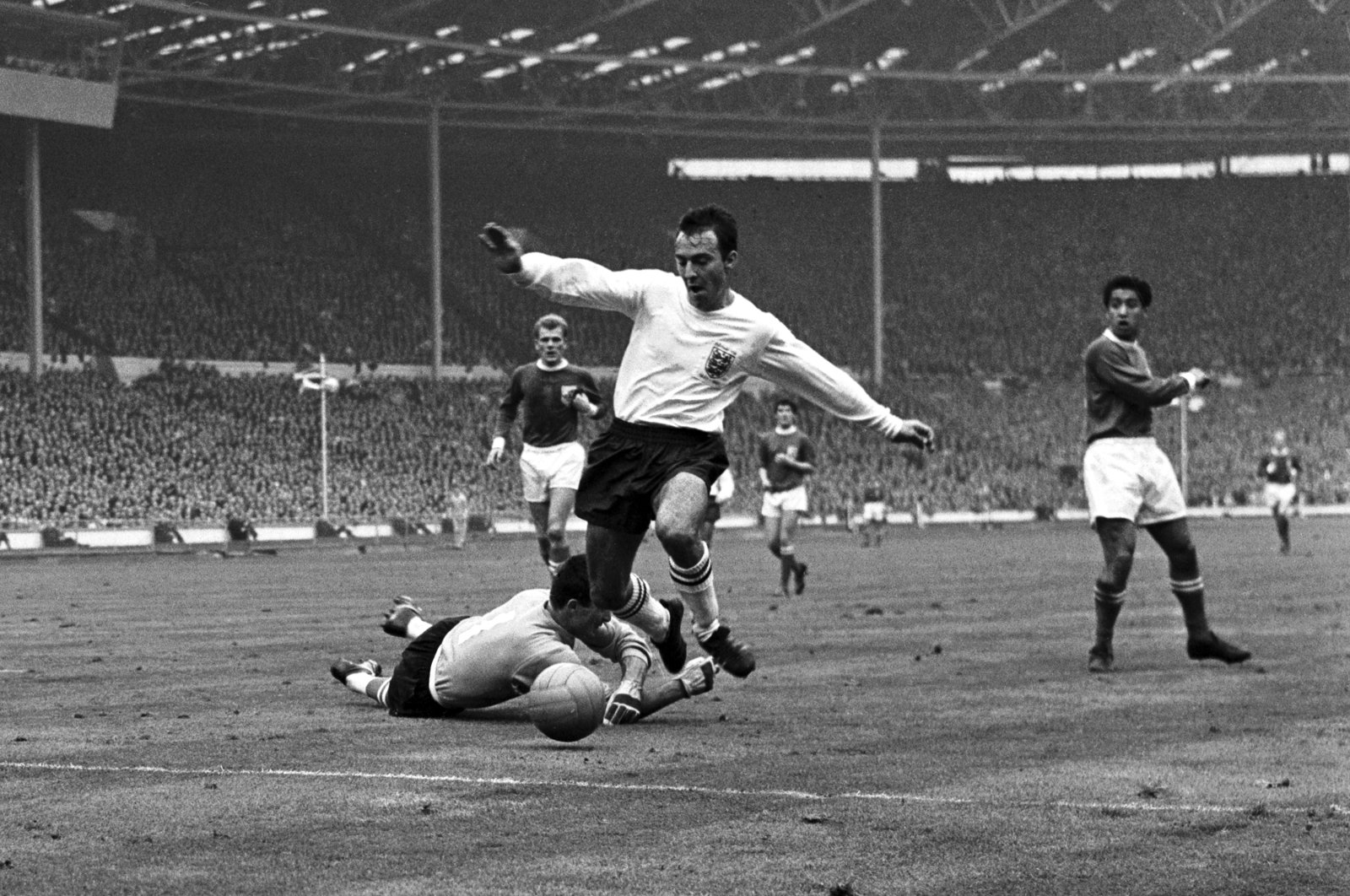 Former England and Tottenham Hotspur legend Jimmy Greaves, the Spurs' all-time leading scorer, died at the age of 81 on Sunday.

Greaves suffered a stroke in 2015 which left him wheelchair-bound and with severely impaired speech.

One of the game's great characters, Greaves, who also starred for Chelsea during his iconic career, died at home on Sunday morning.

"We are extremely saddened to learn of the passing of the great Jimmy Greaves, not just Tottenham Hotspur's record goalscorer but the finest marksman this country has ever seen," the club said.

Tottenham paid an emotional tribute to Greaves when it hosted Chelsea in a fitting Premier League fixture on Sunday.

West Ham, another of Greaves' old teams, held a minute's applause ahead of Sunday's match against Manchester United, with an image of the striker displayed on the stadium's big screen.

Greaves' former Tottenham teammate Alan Mullery led the tributes, saying: "I can picture Jimmy on the field, side-footing the ball past the keeper. He was a wonderful footballer, the best goalscorer to ever play.

"He scored goals for fun, you'd be irritated that he'd not touched the ball and then bang, back in the net."

A member of England's 1966 World Cup-winning squad, Greaves scored 44 goals in his 57 appearances for England.

His strike rate was phenomenal as he scored 357 goals in England's top flight, a record that still stands.

For Tottenham, the charismatic Londoner, renowned for his cheeky wit, scored 266 goals in 379 appearances between 1961 and 1970.

Martin Chivers, who was Greaves' fellow forward at Tottenham, said the only modern-day player he would compare his friend to was Lionel Messi.

"You'd have to look at Messi, how he jinks in and out. Jimmy was like that," Chivers said.

"He was a cheeky chappy, one that always put me into trouble, all pranks and jokes. But on the field he was deadly."

Greaves' 37 league goals in the 1962/63 season are yet to be bettered by a Tottenham player in a single season.

"RIP Jimmy Greaves. A true legend and one of the great goalscorers. Thoughts are with his family and friends," tweeted Tottenham striker Harry Kane, who is second behind Greaves on the club's record scorers list with 223 goals.

Gary Lineker, another Tottenham and England great, said: "Quite possibly the greatest striker this country has ever produced.

"A truly magnificent footballer who was at home both in the box and on the box.

"A charismatic, knowledgeable, witty and warm man. A giant of the sport."

A brief spell at AC Milan followed before he joined Tottenham.

Within a few months of arriving at White Hart Lane, Greaves won his first senior medal, scoring the opener in Tottenham's 3-1 win over Burnley in the FA Cup final.

The following season, his brace in the European Cup Winners' Cup Final helped Tottenham to a 5-1 demolition of Atletico Madrid.

Greaves played in all four of England's games at the 1962 World Cup but famously did not feature in the 1966 World Cup final victory over West Germany.

A shin injury had seen him replaced in the side by Geoff Hurst at the quarterfinal stage.

Although he was fit for the final, Alf Ramsey's decision not to change a winning side was vindicated by Hurst's hat trick at Wembley.

After leaving Tottenham, Greaves played for West Ham before retiring at the end of the 1970/71 season.

Greaves scored a total of 366 goals in Europe's top-five leagues.

That stood as the all-time record until it was eclipsed by Cristiano Ronaldo in 2016-17.

In retirement, Greaves endured a debilitating fight with alcoholism.

But he still starred as a football pundit alongside former Liverpool striker Ian St. John in the popular ITV program "Saint and Greavsie" between 1985 and 1992.

After a long campaign for his England achievements of 1966 to be recognized, Greaves finally received a World Cup winners' medal in 2009.

"One of the truly great goalscorers, terrific guy with an absolutely brilliant sense of humour, the best. It has been a difficult time for him, he can now rest in peace," Hurst tweeted.