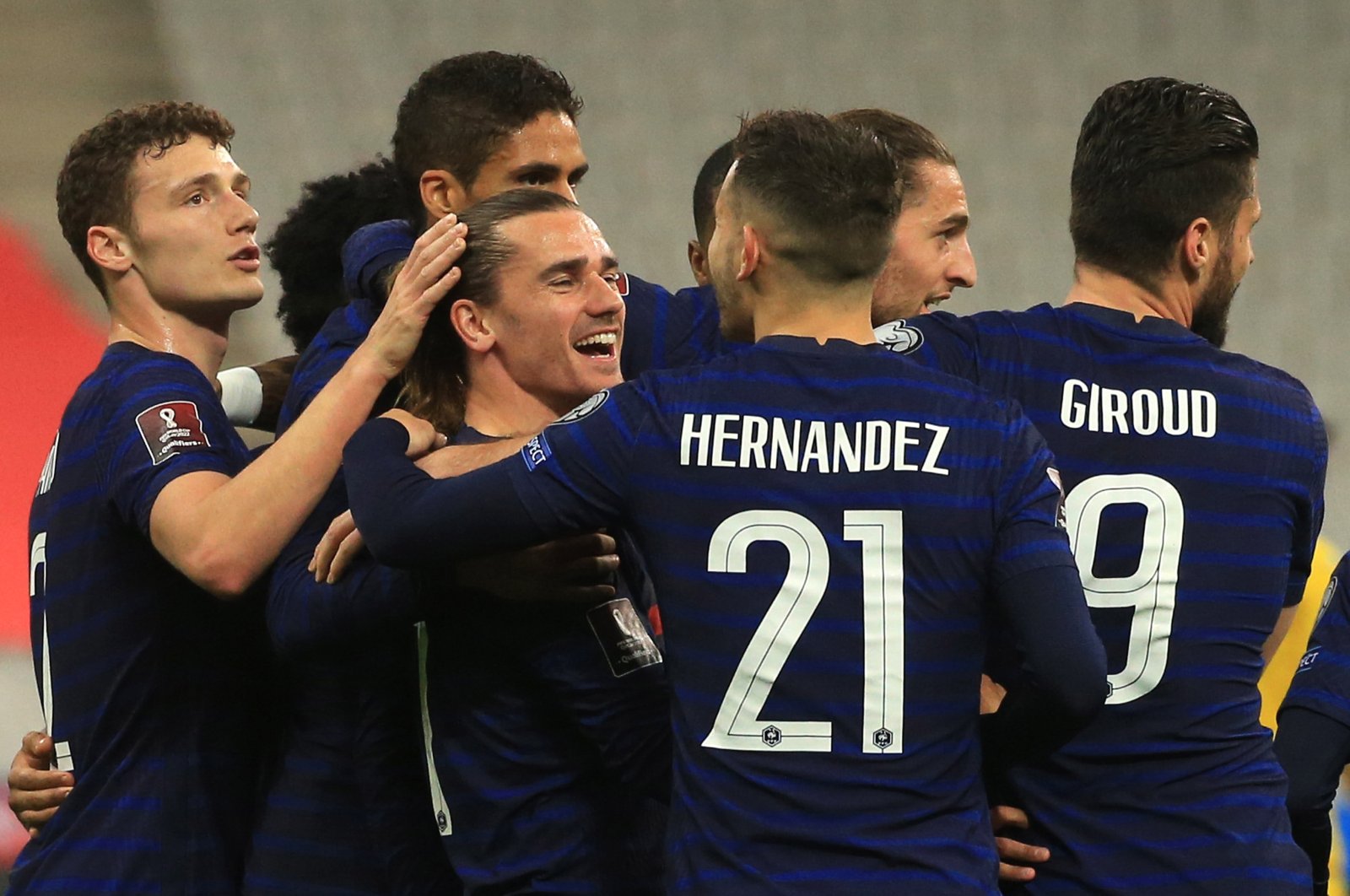 The road to Qatar for the 2022 World Cup began for European teams on Wednesday with a slip-up by France to open its title defense.

The French were held 1-1 by Ukraine inside an empty Stade de France outside Paris as an own-goal by defender Presnel Kimpembe canceled out Antoine Griezmann's 19th-minute opener for the hosts.

There were wins for top-ranked Belgium, 3-1 over Wales, and reigning European champion Portugal, 1-0 over Azerbaijan. Portugal is one of the teams playing its opening qualifiers in neutral territory – in its case, the Italian city of Turin – because of coronavirus travel restrictions.

Griezmann moved level with David Trezeguet in fourth place on France’s scoring list, on 34 goals, after curling a left-footed shot into the far corner from the right edge of the penalty area.

However, fellow forwards Olivier Giroud and Kylian Mbappe struggled to get into the game and Ukraine fought back, even if there was an element of fortune about the equalizer in the 57th.

Sergii Sydorchuk’s shot was heading off target before it clipped Kimpembe as he went to close the midfielder down, and the ball wrongfooted goalkeeper Hugo Lloris before rolling slowly over the line.

Also in Group D, Bosnia-Herzegovina scored in the 84th minute to secure a 2-2 draw away against Finland, whose goals came from Teemu Pukki.

A long-range stunner by Kevin De Bruyne and two defensive errors allowed Belgium to end a four-match winless run against Wales stretching back to 2013 and which included a quarterfinal loss at Euro 2016.

Wales took the lead through a well-worked team move that was finished off by Harry Wilson but De Bruyne equalized by taking a touch before smashing a swerving shot into the corner from 25 meters.

Thorgan Hazard took advantage of a slip by Wales defender Connor Roberts to head in Thomas Meunier's cross for 2-1 before Romelu Lukaku converted from the penalty spot after Chris Mepham's wild hack on Dries Mertens.

The Belgians travel to the Czech Republic on Saturday in Group E.

Cristiano Ronaldo could become the all-time top scorer in men’s international football by the end of qualifying.

The Portugal star remains stuck on 102 goals, though – seven behind record-holder Ali Daei, the former Iran striker – after a fruitless evening against Azerbaijan where he only came close off a couple of free kicks.

Portugal instead relied on an own-goal in the 36th minute, when Azerbaijan goalkeeper Shahruddin Mahammadaliyev tried to punch the ball out of the area only for it to ricochet into the net off captain Maksim Medvedev.

In Group A’s other game, substitute Aleksandar Mitrovic scored twice as Serbia came from behind to beat Ireland 3-2 in Belgrade.

The runner-up to France at the 2018 World Cup, Croatia lost its opening match of qualifying for the 2022 tournament as Slovenia secured a surprise 1-0 win in Ljubljana thanks to Sandi Lovric 15th-minute goal. Also in Group H, Russia won 3-1 at Malta while Cyprus and Slovakia drew 0-0.