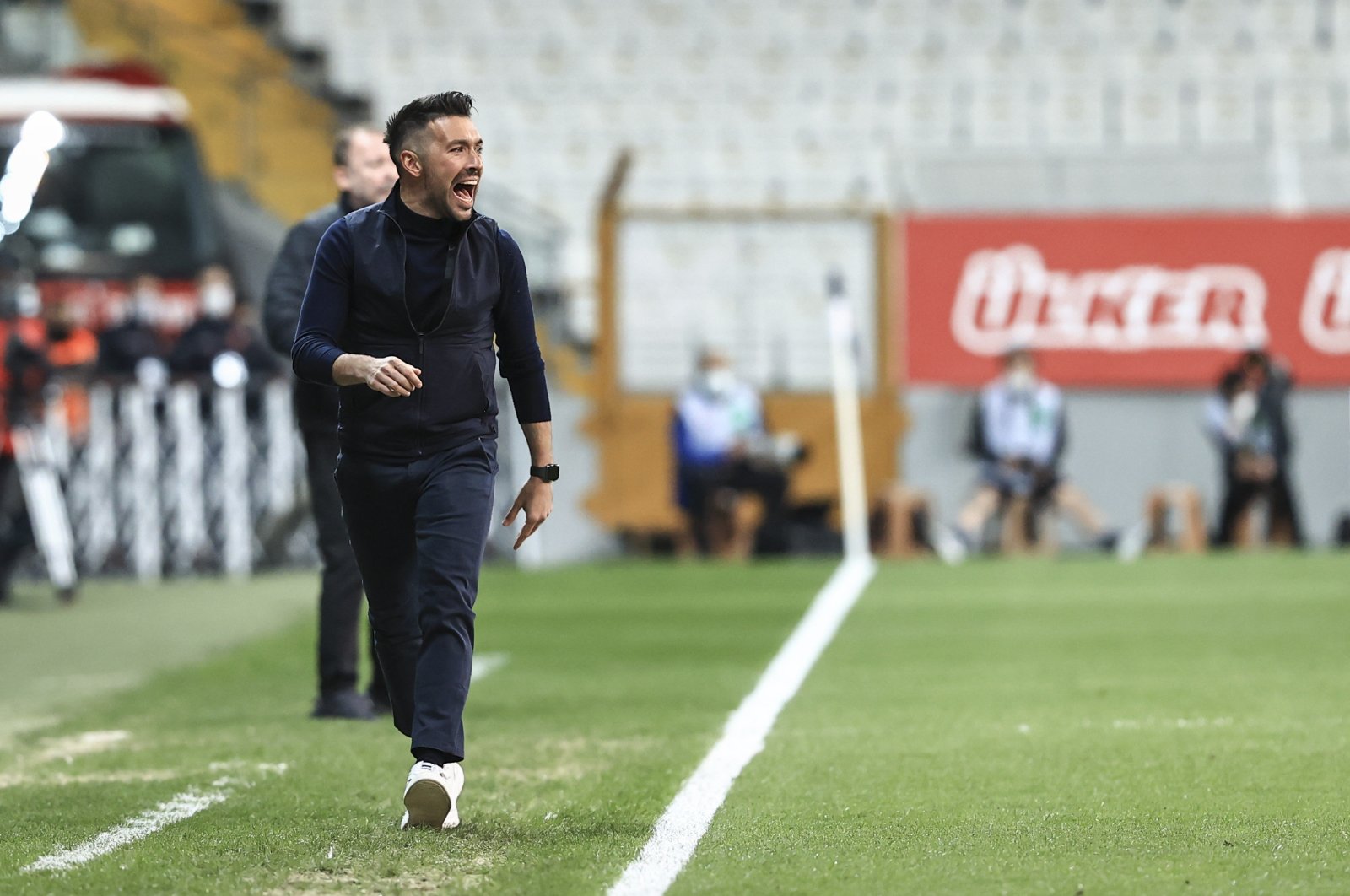 Fatih Karagümrük manager Francesco Farioli has built a truly remarkable game in a very short time. Based on a sophisticated and reliable plan, the game plan aims to have more men than the opponent everywhere on the pitch. Regardless of the ball or the opponent’s position, numerical advantage in an area where an opportunity presents itself is the most important goal of this game. Farioli has managed to implement this game on the pitch with great speed.

Now we can easily say that there is a second football team in Turkey – after Alanyaspor, where Farioli had worked as an assistant manager – that has a ball circulation model.

The most important point here is that every pass, run, pressure and distraction is included in a big plan. The essence of this model is based on three-way passing options. Especially when Fatih Karagümrük is in possession, a player would not pass the ball without having at least three different passing options. Through this principle, Farioli puts an end to the improvisational character of the game.

In the inter-regional circulation of the ball, the same principle applies. First, the ball is played in defensive build-ups with multiple passes within a multi-choice structure. In the transitions from defense to midfield, the same calm and fluid play continues. It should be said, however, that actions in the final third, which is perhaps the weakest part of this model and where things mostly go wrong, have not yet been fully designed. The high value of possession also slows down the game and causes it to be played with short passes almost everywhere.

The situation, undoubtedly, has both advantages and disadvantages. The main advantage is that because the game slows down, there is almost no possibility for the opponent to play counterattacks. Rather they are constantly forced to attack against an established defense.

The pace is also its main disadvantage but the other way around for Fatih Karagümrük. Because the game is so slow, the team cannot easily find time and space against tough defenses. The easiest way to overcome this problem is to perform the final third actions with midfield reinforcements, very much like Beşiktaş. However, Karagümrük’s two players in this region are probably not aware of this solution. Mevlüt Erdinç is slow and weak on the ball and likewise, Jeremain Lens has continued his long-standing “Ibiza mentality.”

Of course, the game is still in its infancy and the potential is much higher. It will need intense passing training to improve accuracy. Boosting the ball circulation model with accurate passing means that Fatih Karagümrük could become an unmatched team in Turkey.

In my opinion, Farioli should insist players on using the inside of their feet for better accuracy, since it is not possible to guarantee the direction and intensity of the pass by using other parts of the feet. The quality required by this model can only come through the smoothness provided by inside-the-feet passes.

Farioli has brought a breath of fresh air to Karagümrük and therefore to Turkish football. I hope he gets the opportunity to see through this project.