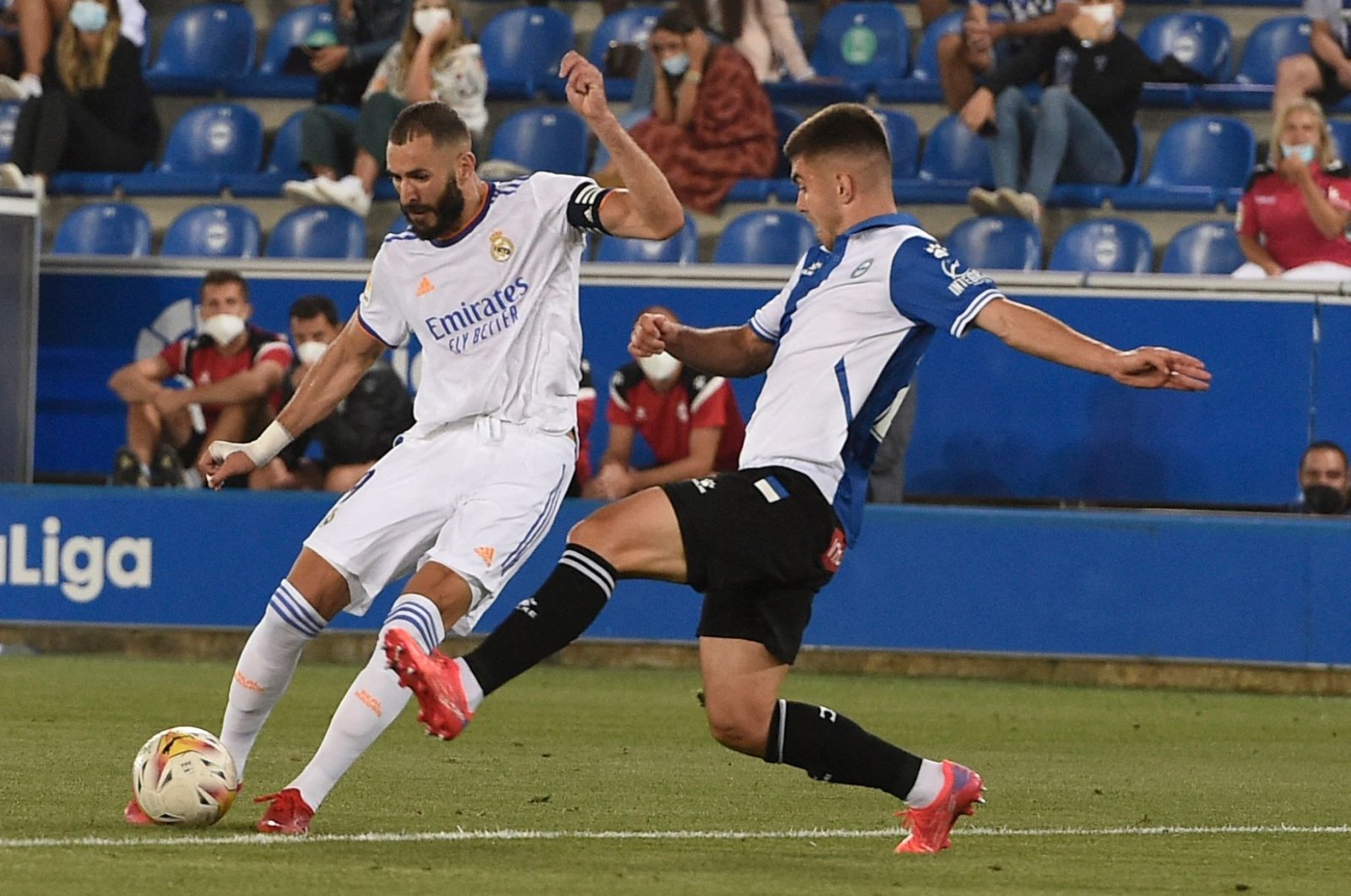 Real Madrid's French veteran Karim Benzema has signed a new deal that will keep him at the club until 2023, the Spanish outfit said Friday.

The versatile 33-year-old striker joined Madrid back in 2009 from Lyon and he has racked up an impressive 560 matches for the La Liga giant since. He is currently in his 13th season and was voted La Liga player of the year last season.

After a televised signing ceremony where a best of Benzema video was played the striker posed for a photograph with Real President Florentino Perez with the pair holding up a shirt with Benzema's name and the number 2023 on it.

"The story continues for me at the greatest club in the world," Benzema said.

"What an honor to be here today, thank you for trusting me over the years," he said.

"With his football, he has won the hearts of all Madrid supporters."

Benzema was long in the shadow of Ronaldo and Sergio Ramos, but since the Portuguese left for Juventus three years ago the French international has thrived.

With Ramos also out of the picture since his move to Paris Saint-Germain, Benzema is now the club's senior star player.

One of the eye-catching details of Benzema's new contract was the size of the release clause, at 1 billion euros ($1.16 billion).