Fulham returns to Premier League after defeating Brentford in playoff 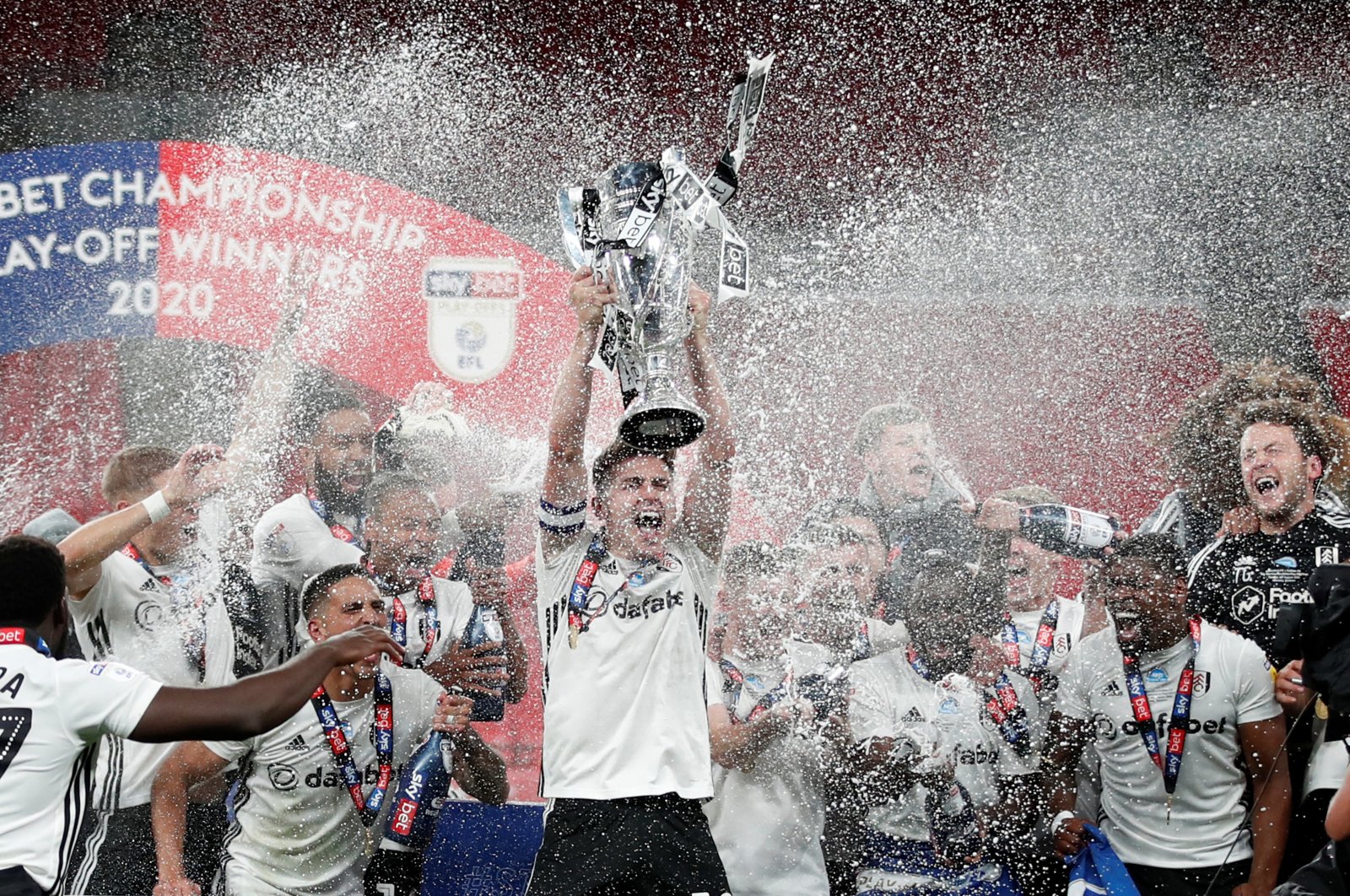 Fulham made an immediate return to the Premier League as two extra time goals from full back Joe Bryan gave them a 2-1 win over Brentford in the Championship playoff final at an empty Wembley Stadium on Tuesday.

Bryan opened the scoring near the end of the first period of extra time when he spotted Brentford goalkeeper David Raya out of position and anticipating a cross from his deep free kick before cleverly driving the ball into the bottom corner.

The Spanish keeper was slow to react, once Bryan had opted to shoot.

But the lead was a deserved one for Scott Parker's side, who had the better of what had been a cagey 90 minutes.

Bryan made sure of the victory with a second goal three minutes from the end of the second period of extra time, clipping home from close range after a burst forward down the left and quick exchange with substitute Aleksandar Mitrovic.

Henrik Dalsgaard pulled a goal back for Brentford in the final seconds but there was no time for a recovery by the Bees, who were searching for a place in the top flight for the first time since 1947.

COVID-19 related restrictions meant no fans were at Wembley to witness Fulham's triumph but Bryan still had a night to remember.

"I'm not the hero," said the full back, as his teammates celebrated a return to the Premier League just a year after relegation – an achievement worth around 135 million pounds ($176.34 million) over three years for the west London club.

"Every single one of them boys, players, staff, supporters, everything's been with us all season, it's been absolutely unbelievable," added Bryan.

"We've been written off, five, six, seven, eight, nine, 10 times. I think I even read somewhere that we were supposed to be scared of them, but we took it to them, we scored twice. They made it hard for us."

It was a bitterly disappointing end to the season for Brentford, the division's highest scorers with 80 goals in the regular season, who lost at home to lowly Barnsley on the final day of the campaign when a win would have earned promotion.

Brentford's Danish manager Thomas Frank was disappointed but still able to put the season in some perspective.

"Of course it is tough when you lose a final like this in a tight game. But we have gone from a mid-table club to a team who, in the league table, was the third-best team," he said.

"We are very fine margins away from the Premier League, which is an incredible achievement from us."