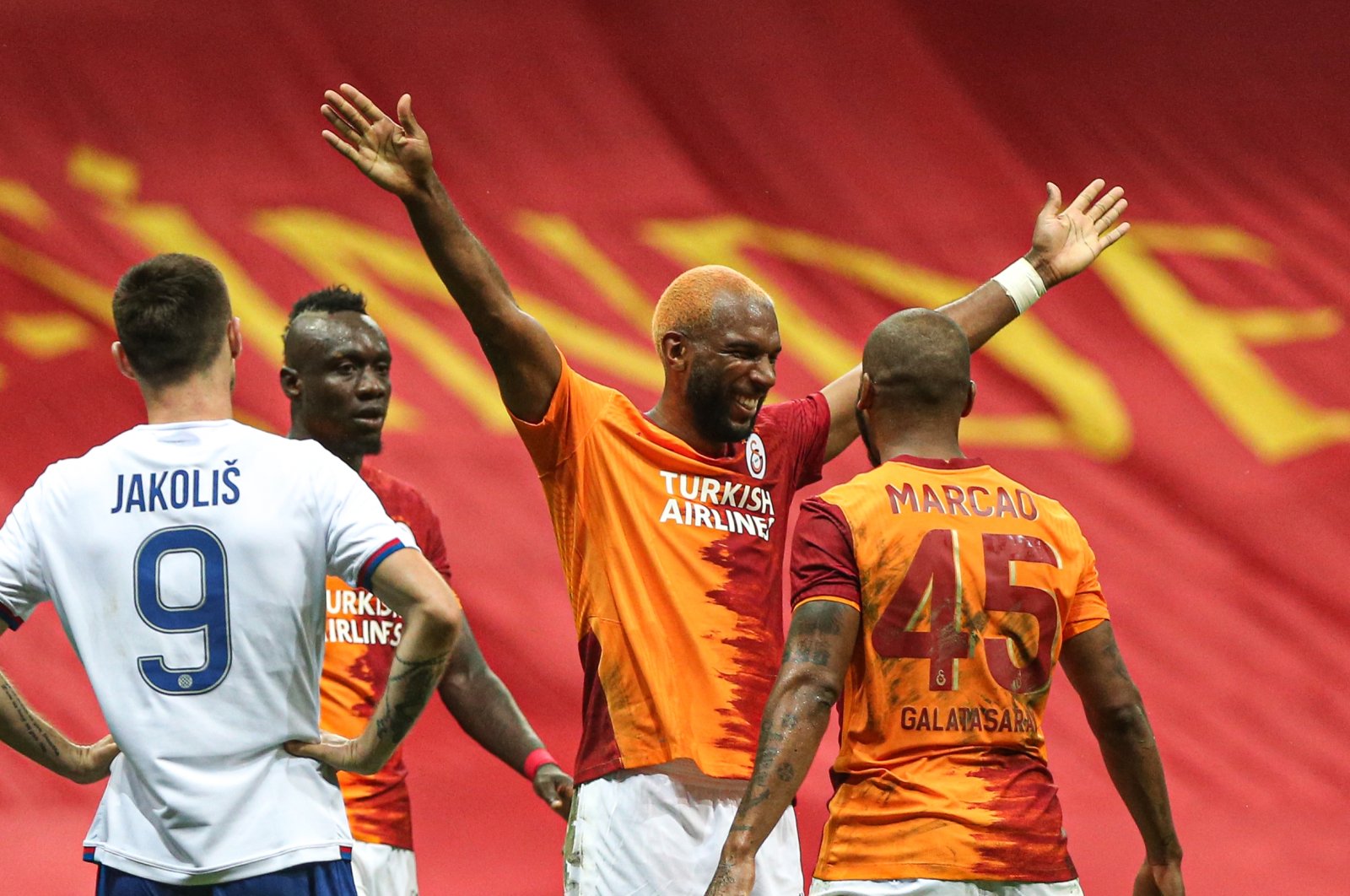 Istanbul powerhouse Galatasaray advanced to the Europa League playoff round after defeating Croatia’s Hajduk Split 2-0 in the third qualifying round match Thursday.

Galatasaray’s Emre Taşdemir assisted Younes Belhanda to open the scoring in the 77th minute while Ryan Babel extended the Istanbul side’s lead to 2-0 in the 86th minute with a classy finisher.

After Thursday's victory, Galatasaray will face Scotland's Rangers in the playoff round on Oct. 1.

While Galatasaray fans were celebrating the victory, Beşiktaş fans were left in shock and disbelief after their side got knocked out in a dramatic penalty shootout.

Beşiktaş found an early opening in the 15th minute with a header by Yalçın Güven, who connected with Necip Uysal’s brilliant cross.

The Istanbul side was on the verge of celebrating a win but an 85th-minute goal by Rio Ave’s Bruno Moreira equalized the score and sent the game to extra time.

In a regular season, the game would have ended with a draw with the result tied to the second leg, but UEFA decided to play all qualification matches in single-leg format due to the COVID-19 pandemic.

The Black Eagles came close to making it 2-1 in the final moments of the extra time with Gökhan Töre, who collected a pass inside the box, but his shot went over the bar.

With no more goals in the extra time, the match went to the penalty shootouts to find a winner where Beşiktaş missed two from the spot.

Meanwhile, playing its first official match in a European competition, Alanyaspor’s campaign ended as quickly as it began after the Mediterranean club was handed a 1-0 defeat by Norway's Rosenborg.

Rosenborg’s Anders Konradsen scored the match’s sole goal at the 60-minute mark to send his team to the playoff rounds.

Seven minutes after the goal, the Norwegian side was reduced to 10 men after Konradsen was sent off for a second yellow card.

Despite the advantage and playing a possessive game, Alanyaspor players failed to turn several chances into goal.