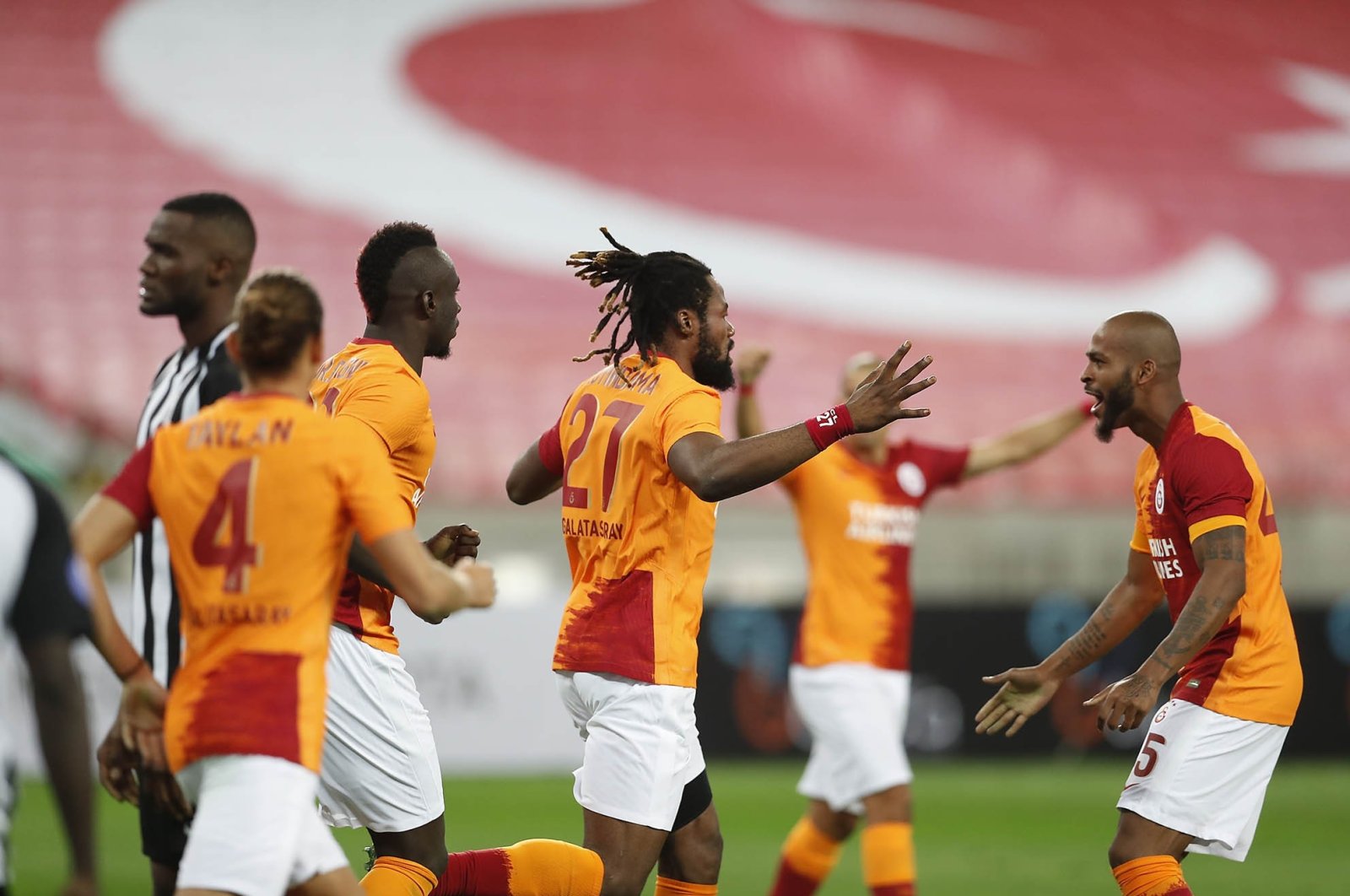 Galatasaray moved to the Europa League third-qualifying round after beating Azerbaijan’s Neftçi 3-1 on Thursday.

The Istanbul side finished the first half ahead with a 19th-minute opener by Mbaye Diagne. Seconds after the second half began, Mamadou Mbodj equalized the score with a 46th-minute goal.

But the home side’s hopes were crushed within two minutes after Christian Luyindama scored for Galatasaray at the 48th minute. A second goal by Diagne at the 63rd minute extended the Istanbul club’s lead.

The Süper Lig side will take on Croatian team Hajduk Split in the third qualifying round on Sept. 24.

Also in Thursday’s matches, Portugal’s Rio Ave defeated Bosnia and Herzegovina’s Borac Banja Luka 2-0 to match with Turkey’s Beşiktaş in the third round.

Alanyaspor, the third Turkish club in the Europa League, will face Norway’s Rosenborg, which hammered Latvia’s Ventspils 5-1 on Thursday.

All matches in the second qualifying round were played in a single-leg format instead of the usual double-leg due to COVID-19 precautions taken by European football’s governing body, UEFA.

Tottenham went 1-0 down in the 71st minute but Harry Kane equalized from the penalty spot 10 minutes from time, before substitute Tanguy Ndombele netted the winner five minutes later to send Spurs through to the third qualifying round.

Milan beat Shamrock Rovers 2-0 in Dublin with Zlatan Ibrahimovic scoring the opener in the first half before Hakan Çalhanoğlu completed the victory in the second.