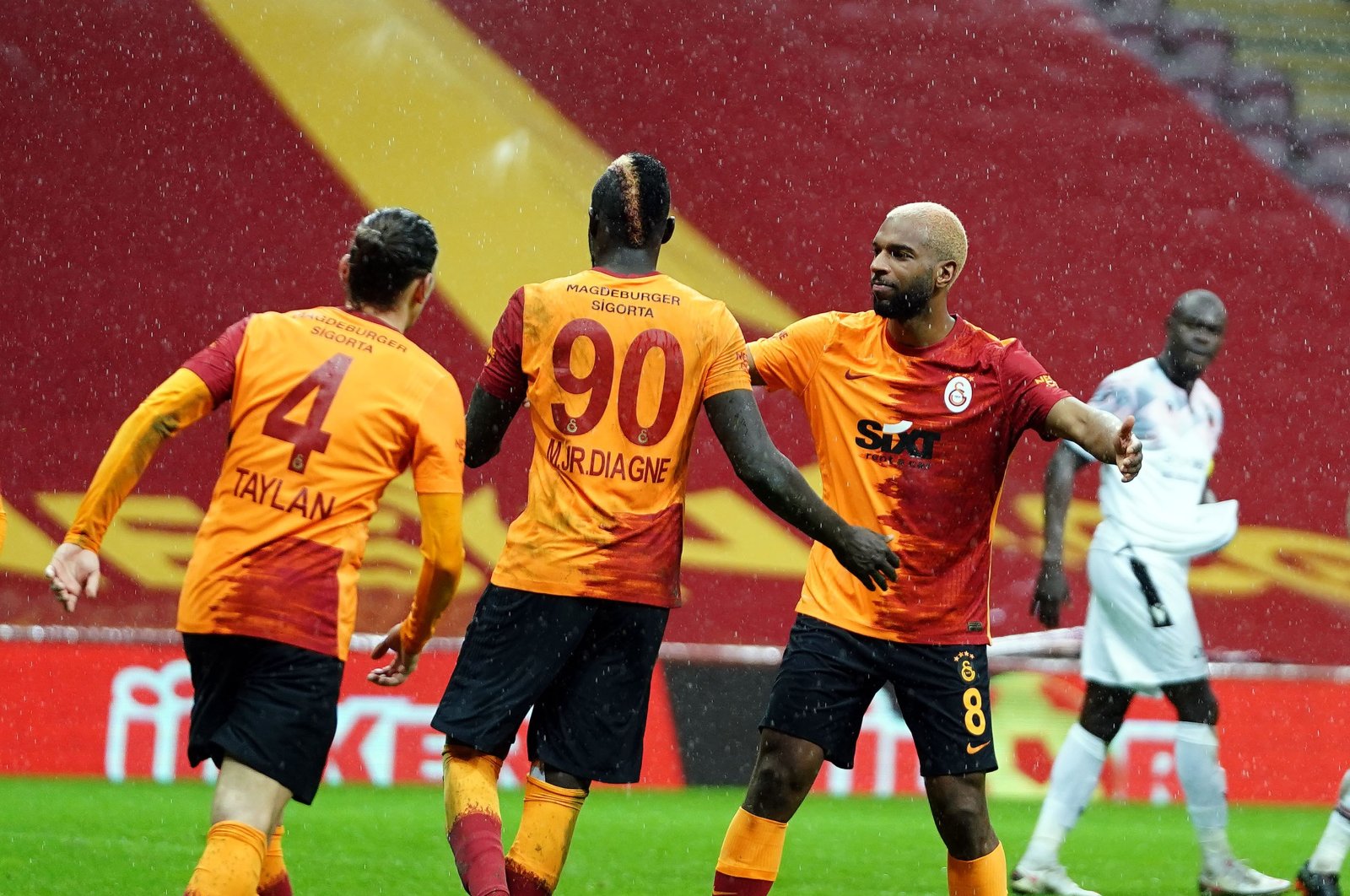 As the Süper Lig nears the ends of its first half, the title race has started to take on a familiar form: The spoils will likely go to an Istanbul club.

After getting knocked out of the leader’s spot, humble Mediterranean side Alanyaspor quickly found itself falling further down, to fifth place, while the usual suspects of the Süper Lig made a slow but steady climb toward the top.

The top three spots are currently occupied by Istanbul’s “Big Three” these days, namely Beşiktaş, Fenerbahçe and Galatasaray. Fenerbahçe is tied with leader Beşiktaş at 35 points, while Galatasaray follows closely two points behind.

And with the margins so close, Galatasaray will have a chance to avoid falling further behind and unseat Beşiktaş from its throne on Sunday when the two will meet for the last derby of the fixture’s first half.

For Beşiktaş, things are looking up. While the Black Eagles' five-match winning streak ended after being held to a 2-2 draw by Hatayspor last week, they only lost a single home game so far in the season.

Knocking out Rizespor with 1-0 in midweek cup action, coach Sergen Yalçın’s men will be as ready as they will ever be to face their great city rivals. Aside from the long-term injuries, Beşiktaş won’t have anyone missing from the squad Sunday.

Galatasaray, meanwhile, has been dealing with unexpected hiccups. Losing out on critical points with surprising defeats against Konyaspor and Kasımpaşa, Galatasaray will arrive at Vodafone Park stadium with a fresh boost of confidence after hammering capital side Gençlerbirliği 6-0 last week.

That confidence was shaken a little Tuesday when Galatasaray appeared to be on the verge of crashing out of the Turkish Cup, but the Lions managed to pull through and advanced to the next round after defeating Malatyaspor in a penalty shootout.

Coach Fatih Terim will have much of his usual squad back after dealing with a lengthy list of injuries in suspensions over the previous weeks. However, not everyone is back. Radamel Falcao remains sidelined after the Colombian star striker sustained yet another injury earlier this month.

Midfielder Sofiane Feghouli and defender Omar Elabdellaoui will also be missing out on Sunday’s action due to injuries.

With both sides having superiority over the other at their home, Galatasaray hasn’t won a Süper Lig match at Vodafone Park since 2015 and Terim will hope to end that streak before it becomes a bragging right for his opponent.

With its rivals trying to outdo each other Sunday night, Fenerbahçe will have the chance to make a beeline for the top spot and come out as the winner of the weekend.

Should Beşiktaş lose points, the Yellow Canaries are all but guaranteed to become the new leaders as they will be the solid favorites against relegation zone dweller Ankaragücü.

The capital side will face Fenerbahçe at Şükrü Saraçoğlu Stadium around the same time, 7 p.m. local time, as the Istanbul derby.

Putting the team back on track after losing three out of four matches in December, coach Erol Bulut has an opportunity to win his fifth match in a row with Ankaragücü posing little threat.

The Ankara club has only four wins to its name in 17 matches, and only one of them is an away game. And with rumors putting Arsenal star Mesut Özil on track toward Fenerbahçe, the Yellow Canaries have all the buzz they need to make short work of their opponents.

Aside from the clashes at the top of the table, the other matches of the weekend include champion Istanbul Başakşehir hosting Sivasspor on Saturday.

Once great rivals during the title race last year, both clubs have been reduced to irrelevancy this season following their dreadful forms. Tied at 22 points, Sivasspor stands 11th and Başakşehir follows one step behind.

With hopes of defending its title extinguished, Saturday’s match will still carry significance for coach Okan Buruk, who is desperately trying to prove that Başakşehir’s historic championship last year was not a fluke.