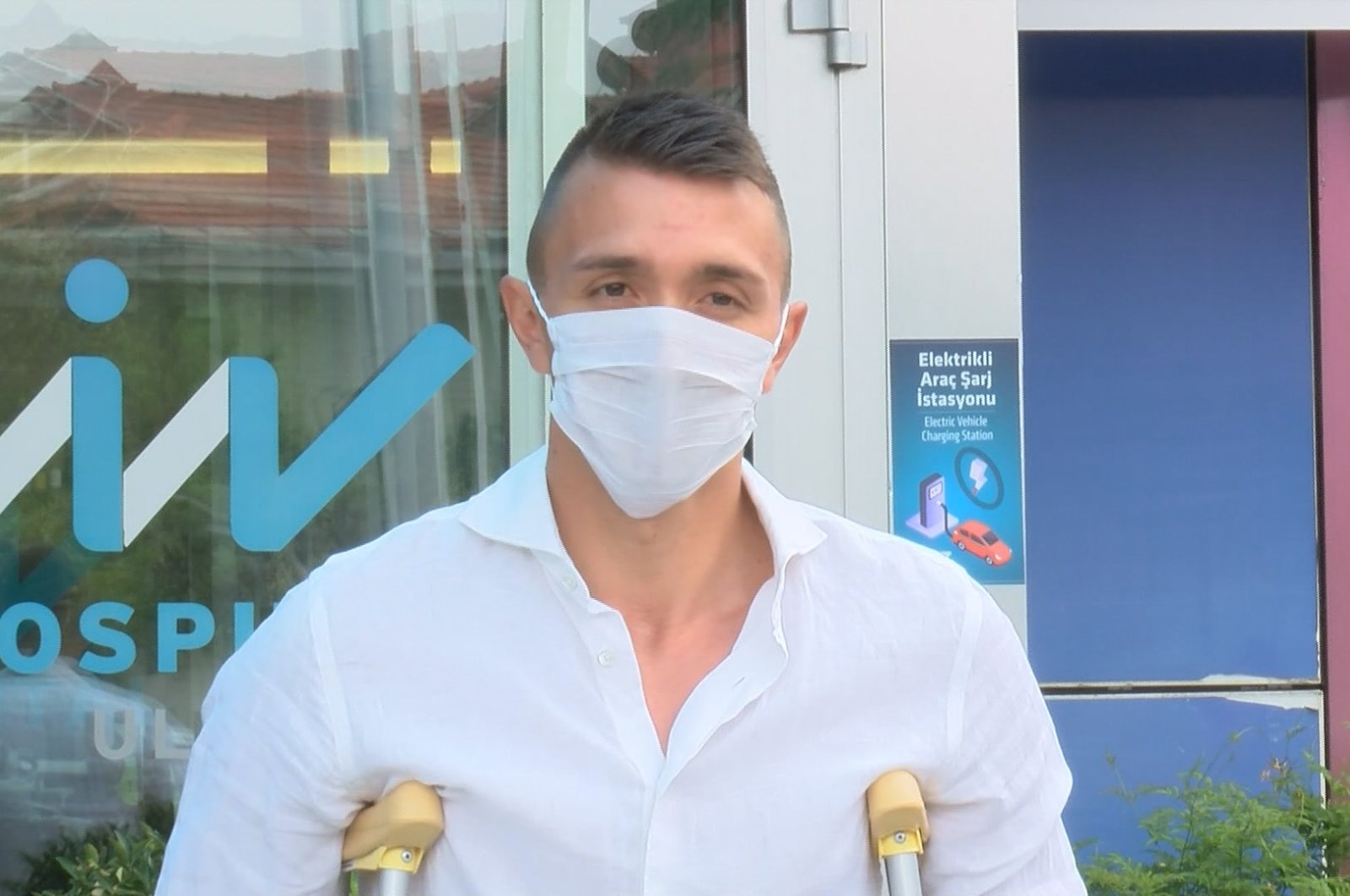 Galatasaray goalkeeper Fernando Muslera was discharged from the hospital after suffering a major injury, the club announced on Thursday.

"I would like to thank everyone who was with me in this difficult time, the whole country, Galatasaray Club, Galatasaray fans, other clubs, team Dr. Yener Ince and Liv Hospital," Muslera said on the club's website.

Muslera, 34, added that he wants to return to the field as soon as possible.

The goalkeeper was diagnosed with tibia and fibula fractures when he collided with Czech forward Milan Skoda on Sunday's Çaykur Rizespor game.

The Uruguayan also plays for his national team.

The footballer is one of the top goalkeepers in world football and has become an exemplary sportsman both due to his reputation and talent.

He has also become a Galatasaray legend over the years, playing more matches than any other foreign player in the Lions' history.

Having played in 362 official matches for the Lions in the last nine years, including nearly 40 Champions League and Europa Cup matches, Muslera surpassed other Galatasaray legends, namely goalkeepers Zoran Simovic and Faryd Mondragon, and midfielders Javad Prekazi and George Hagi.

On his way to becoming a club legend, Muslera has also broken many records. He surpassed legends Claudio Taffarel and Mondragon's number of clean sheets.