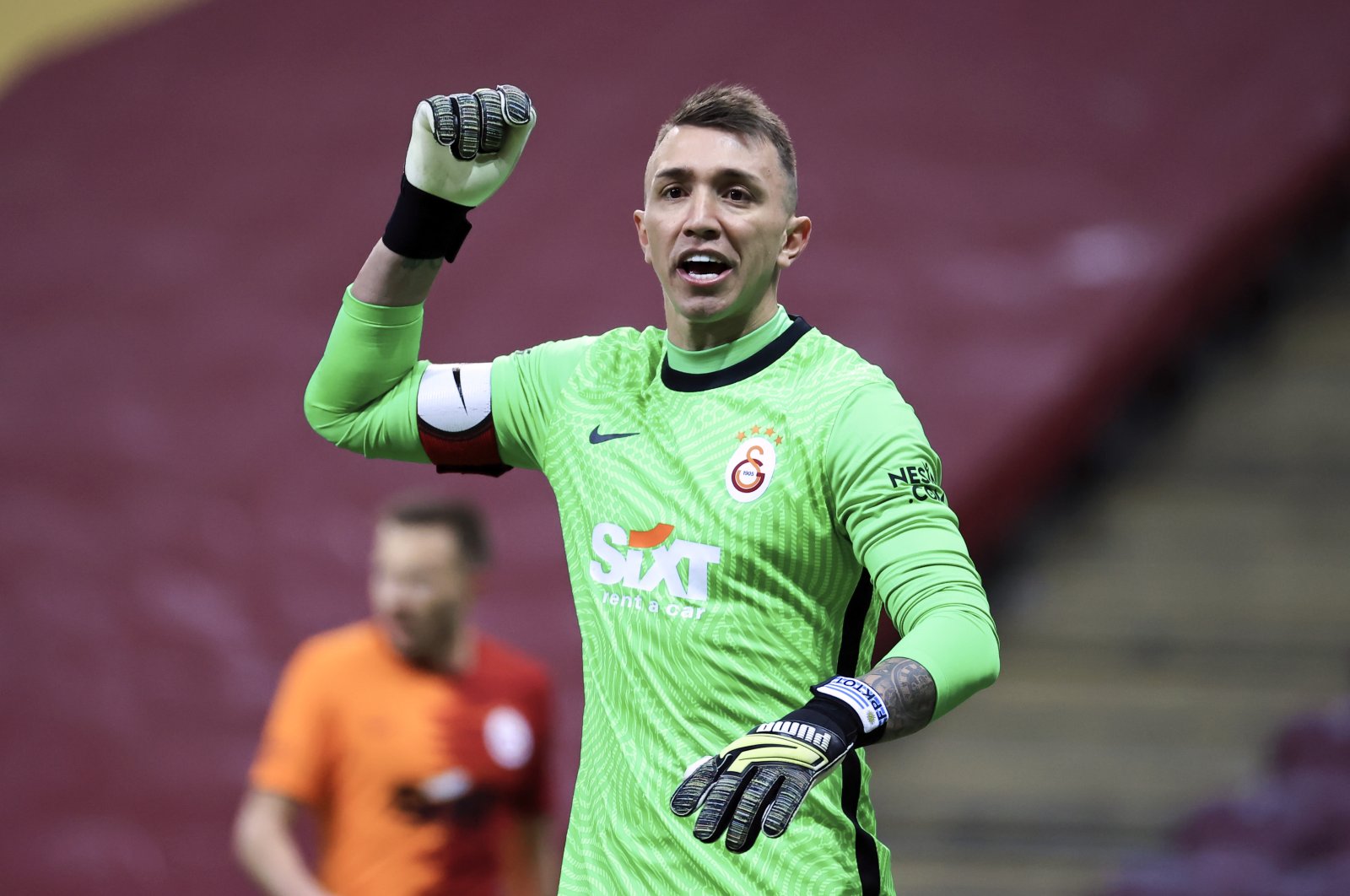 The club on Tuesday held a press conference at its home Türk Telekom Stadium to officially announce the deal.

"As you know, this is my 10th year with Galatasaray and I'm more sure than ever I've made the right decision. Maybe I'm 15,000 kilometers away from home, but Istanbul is like my second home ... and Galatasaray is my second family," Muslera said at the contract-signing ceremony.

The Uruguayan goalie joined Galatasaray back in 2011 after four seasons with Serie A side Lazio.

The 34-year-old has become a Galatasaray legend over the years, making 374 appearances for the Istanbul side in all competitions, 300 of them came in the Turkish Süper Lig, the highest for any foreign player in the league's history.

He also defended the Lions' goalpost in more than 40 Champions League and Europa Cup matches.

He's also been capped 116 times by the Uruguayan national team since making his debut in 2009.