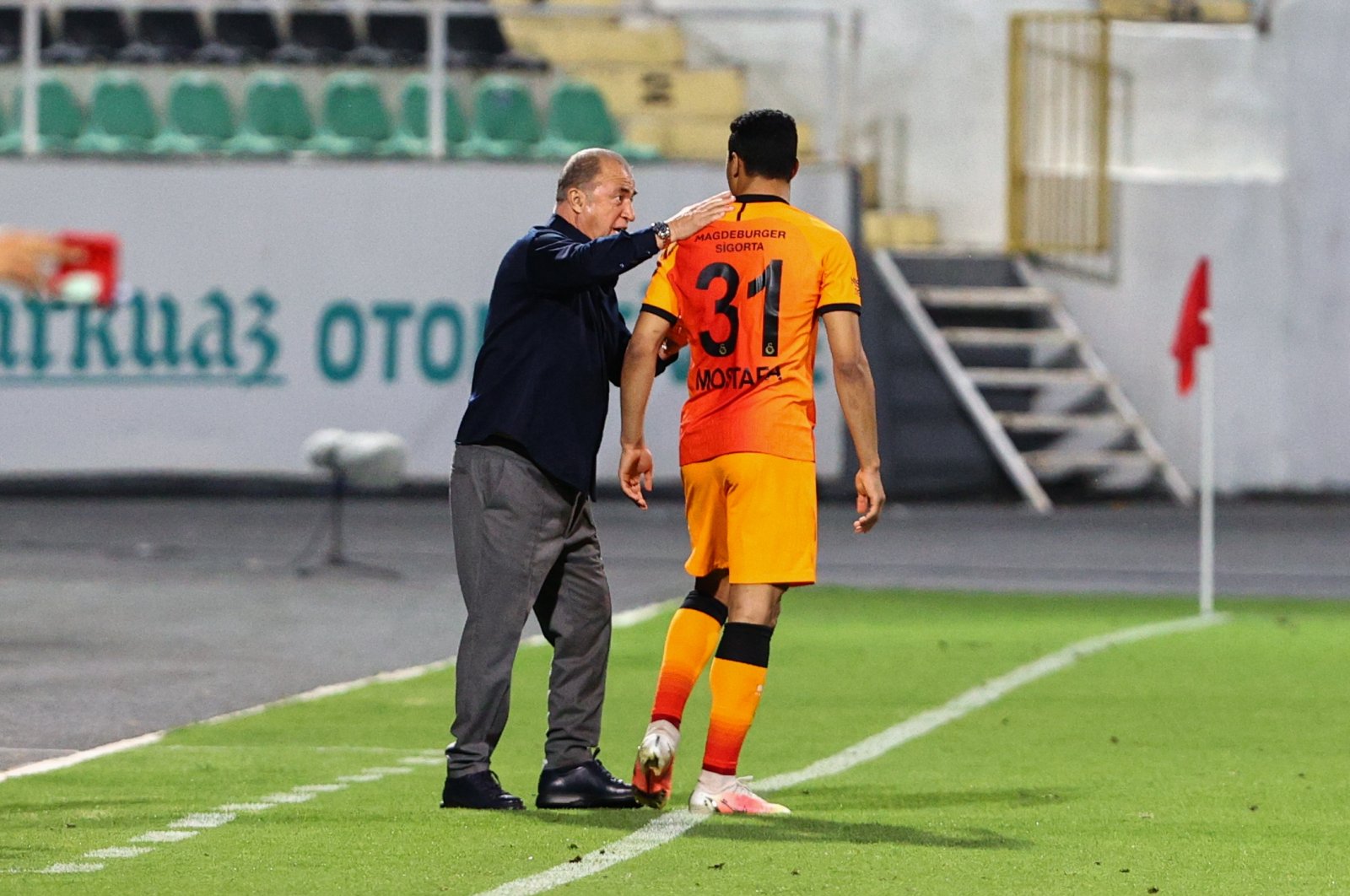 Galatasaray coach Fatih Terim gives instructions to Mostafa Mohamed at the Atatürk Stadium in southwestern Denizli province on May 11, 2021 (AA Photo)
by Anadolu Agency May 12, 2021 2:50 am

Galatasaray tasted a 4-1 away win over Yukatel Denizlispor to boost their points to 81 at Denizli Ataturk Stadium.

Halil Dervişoğlu scored the opener for the Yellow and Reds with a header in the 22nd minute.

The Lions doubled their lead when Ryan Babel converted a penalty kick in the 35th minute, and Yukatel Denizlispor narrowed the gap to one with Recep Niyaz.

Egyptian striker Mostafa Mohamed scored twice for Galatasaray near the end of the game, which ended with a score of 4-1.

Fenerbahçe were also defeated by Demir Grup Sivasspor with the same score at Ülker Stadium.

With 81 points, Galatasaray are behind Super League leaders Beşiktaş with a goal difference of -2.

With 79 points, Fenerbahçe slipped to third place with only one game remaining.