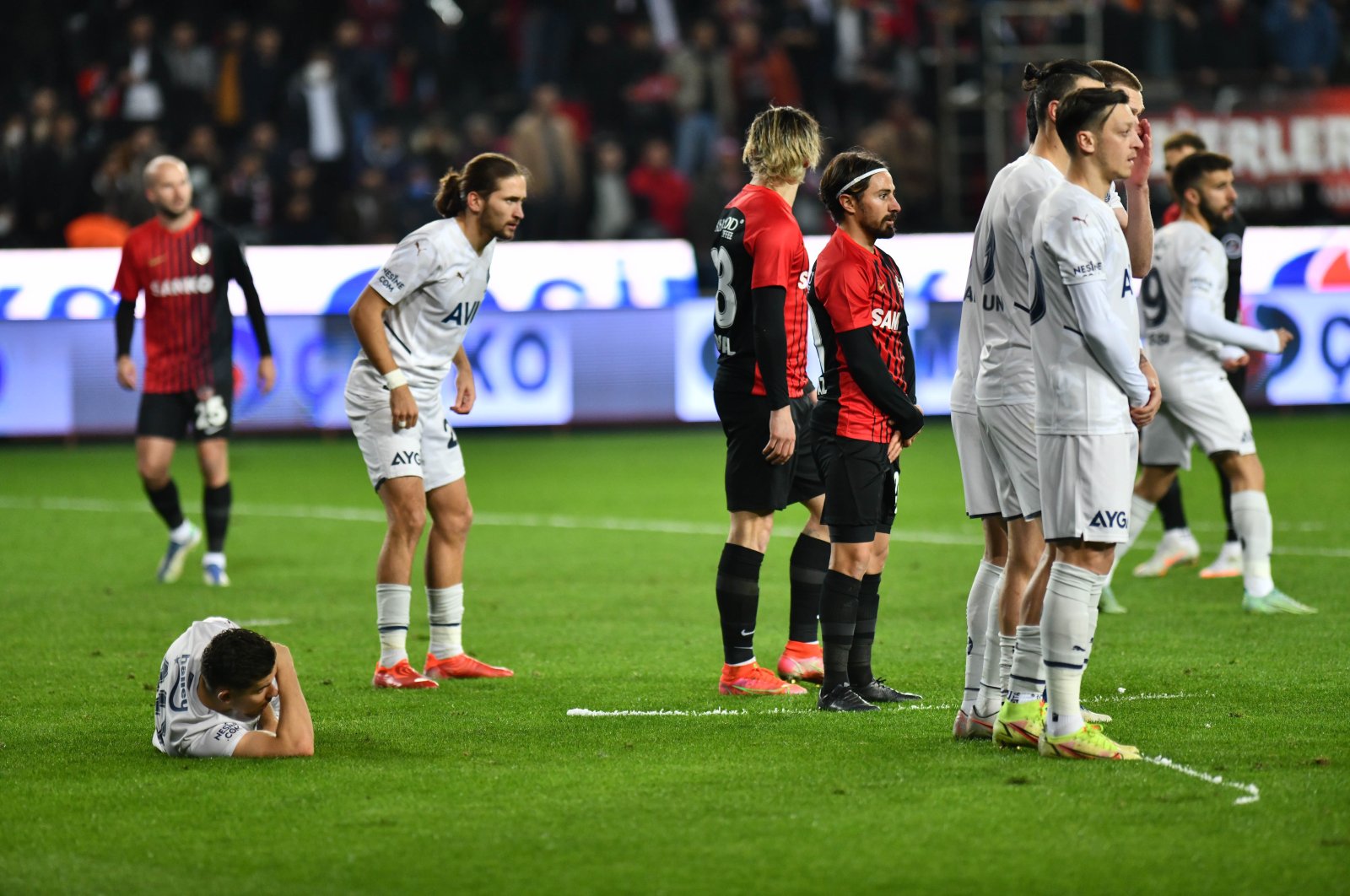 Archrivals Galatasaray and Fenerbahçe both lost late Monday as the Lions were defeated by Sivasspor and the Yellow Canaries were beaten by Gaziantep FK in the Turkish Süper Lig.

Gaziantep defeated Fenerbahçe with a decisive 3-2 victory in the week 16 home game.

The southeastern contenders started the game fast as Joao Figueiredo scored in the 8th minute at Kalyon Stadium.

But Fenerbahçe equalized the score with Mesut Özil in the 33rd minute before the end of the first half.

Gaziantep took the lead again in the second half with Alexandru Maxim in the 54th minute.

Fenerbahçe managed to equalize again as Özil assisted Miha Zajc and scored in the 67th minute.

But persistent Gaziantep took the lead once again six minutes later as Joao Figueiredo scored his second goal and the game ended 3-2.

Fenerbahçe now occupies the number 5 spot in the Süper Lig standings with 27 points, while Gaziantep FK is number 13 with 21 points.

The game seemed generally balanced as Galatasaray goalie Fernando Muslera made several vital saves and kept the score on an even keel at the 4 Eylül Stadium until the 80th minute.

Sivasspor's Moroccan midfielder Faycal Fajr scored the winning goal for his team, while Galatasaray keeper Muslera ended up on the ground after he collided with his teammate Luyindama in the 80th minute.

Muslera left the game on a stretcher, with the seriousness of his injury as of yet unknown.

This marks the fifth game without a win for Galatasaray in the Süper Lig.

Galatasaray is in number 9 with 23 points in the Turkish Süper Lig, while Sivasspor is in the 10th spot with 22 points.