Galatasaray makes no mistake in tough week for Istanbul giants 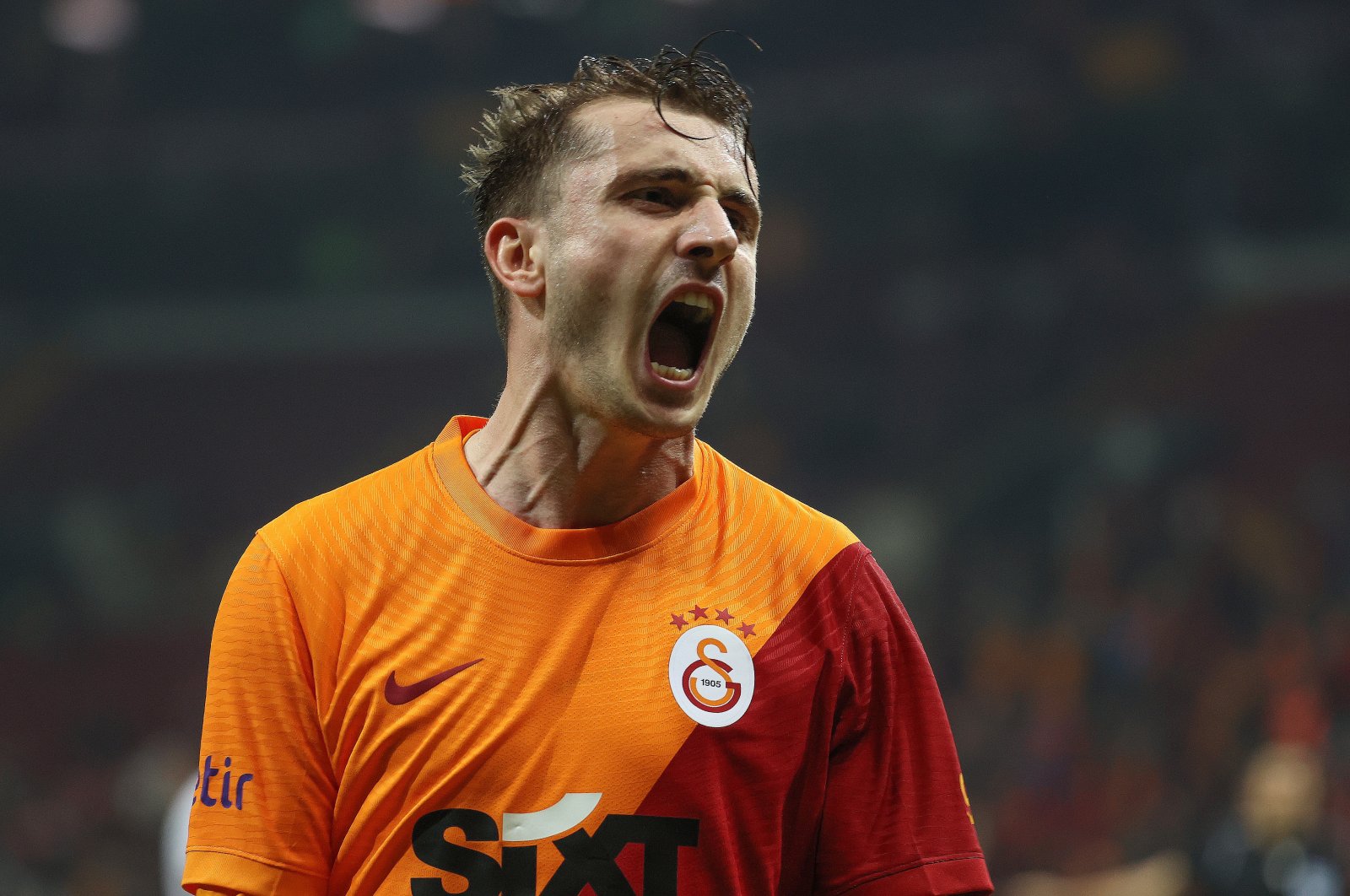 Galatasaray made up lost ground in the Turkish Süper Lig as it beat Gaziantep 2-0 on Sunday.

The victory gave Galatasaray three crucial points, in a week when both of its crosstown rivals Beşiktaş and Fenerbahçe suffered defeats.

Visitor Gaziantep was quite disciplined in defense after the kickoff in Istanbul but the Lions managed to break the deadlock just before the break.

Galatasaray's Romanian midfielder Olimpiu Morutan curled a left-footed strike in the penalty area, sending the ball into the far corner to score the opener in the 48th minute of the first half.

The home team cemented its lead when Turkish winger Kerem Aktürkoğlu scored on a counterattack in the 73rd minute of the match to make it 2-0.

Algerian midfielder Sofiane Feghouli assisted Aktürkoğlu as the 23-year-old finished after a decent through ball.

With the win, Galatasaray climbed up to sixth in the table with 20 points, one more than archrival Fenerbahçe, in 11 matches. It is trailing Beşiktaş and Konyaspor, placed third and fourth, respectively, only by goal difference.

Earlier in the day, Süper Lig minnow Kayserispor won 2-1 what was an eventful match against Fatih Karagümrük on Sunday.

Visitor Karagümrük had gone one up in the 23rd minute. But Kayserispor fought back after the Istanbul side was reduced 10 men in the 61st minute.

Kayseri scored twice, in the 73rd minute and the 93rd minutes, to secure all three points.

Ayoub el-Kaabi had the ball to be one-on-one against Beşiktaş goalkeeper Ersin Destanoğlu as the Moroccan forward took a shot. Ersin saved it but the ball was in motion to deflect el-Kaabi.

Unmarked Lobjanidze scored in front of an open goal.

In the 72nd minute, Beşiktaş Turkish midfielder Mehmet Topal scored a classy back-heel goal but it was disallowed for offside after a video assistant referee (VAR) check.

Promoted to the Süper Lig for the first time in 2020, Hatayspor secured the 1-0 win against Beşiktaş.

Hatayspor is currently in the second spot with 23 points from 11 matches.

Beşiktaş, on the other hand, is fourth in the league with 20 points.

Another Istanbul heavyweight, Fenerbahçe was beaten by Konyaspor 2-1 but lost more than three points.

The Yellow Canaries picked up three injuries as Brazilian midfielder Luiz Gustavo, Ecuadoran forward Enner Valencia and Turkish goalkeeper Altay Bayındır all had to be substituted in the second half.

Bayındır burst into tears while leaving the pitch in the 69th minute as he collided with Konyaspor's Serdar Gürler after a cross.

Konyaspor made it 2-0 in the 11th minute as Abdülkerim Bardakcı scored a header from a Guilherme Sitya cross from the edge of the penalty box.

Fenerbahçe was denied in the 55th minute when Valencia's bicycle kick hit the crossbar.

The Istanbul side narrowed the gap to one after Turkish midfielder Irfan Kahveci curled from free kick, a classy long-range effort in the 84th minute.

After Valencia's injury in the 80th minute, Fenerbahçe had to carry on with 10 men as the visitors had already used all five substitutions.

With the win, Konyaspor went fifth in the league with 20 points in 11 matches.

Fenerbahçe is seventh with 19 points.