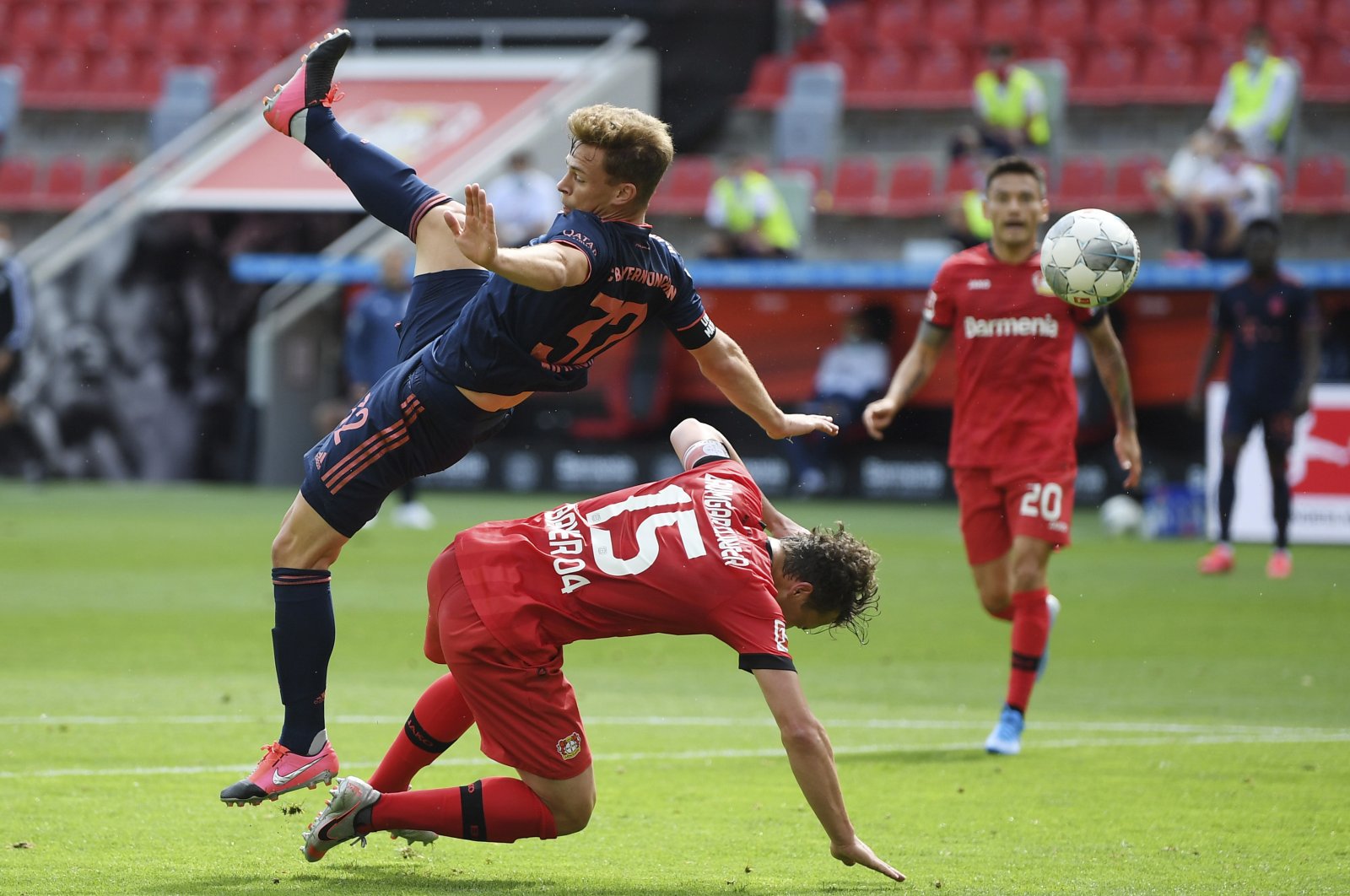 Joshua Kimmich (L) from Munich falls in a duel over Julian Baumgartlinger from Leverkusen during the German Bundesliga football match between Bayer Leverkusen and Bayern Munich in Leverkusen, Germany, June 6, 2020. (Pool via AP)
by German Press Agency - DPA Jun 13, 2020 1:45 pm

Citing a letter from the finance commission of the German Football League (DFL) to the 36 clubs, the report said the clubs would get 1.2 billion euros and not 1.35 billion euros in 2020-2021.

The DFL declined to comment on the report on Saturday.

The two leagues were suspended for two months because of the coronavirus pandemic, restarting in mid-May behind closed doors and with the season to be completed on June 27-28.

Kicker said clubs have so far received 51 million euros in advance from the final installment amid fears that several clubs could go bankrupt.

The remaining 200 million euros are to come once all games have been played but not all rights holders appear to have paid so far and may also withhold money after the completion of the season.

The start date of the 2020-2021 season is yet to be set, and it is also not clear whether and when fans can be admitted again.

Bidding for the various packages of the 2021-2025 broadcast has already started, and the DFL and clubs aim to at least generate the same 4.64 billion euros they got for the four seasons between 2017-2021.