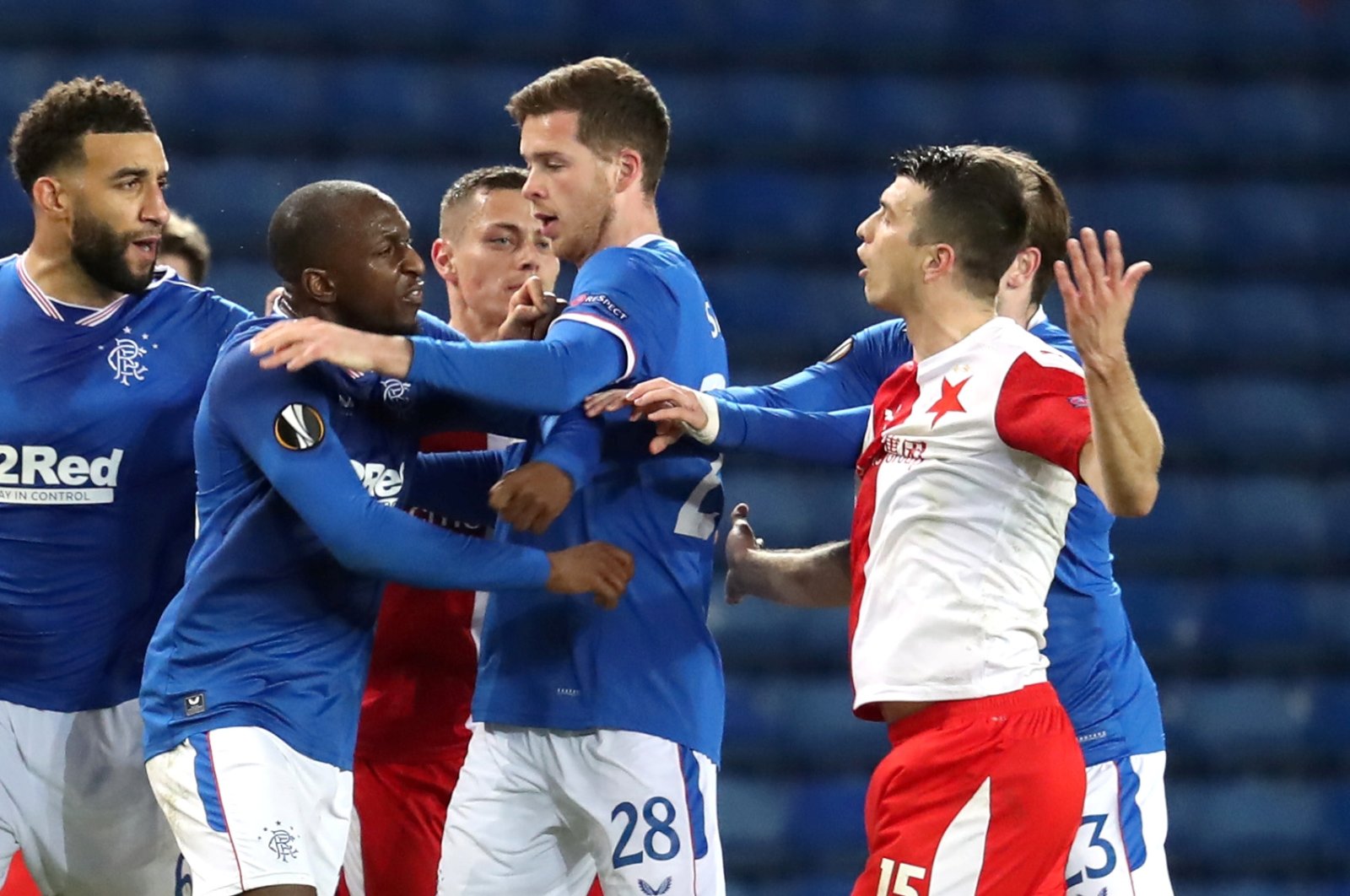 Rangers manager Steven Gerrard has called on UEFA to take action after midfielder Glen Kamara complained of being racially abused by a Slavia Prague player in Thursday's 2-0 Europa League defeat in Glasgow.

Kamara was furious after Slavia centre back Ondrej Kudela leaned into his ear and said something while covering his mouth, sparking a melee in the final stages of the last-16 tie. Players from both teams also clashed in the tunnel after the match.

Kudela said in a statement issued by Slavia that he had sworn at a Rangers player after being fouled but denied using racist language.

The Scottish champions, who were reduced to nine men after Kemar Roofe and Leon Balogun were sent off, crashed out of the competition 3-1 on aggregate.

"My player tells me he was racially abused," Gerrard said. "I feel angry ... I know Glen and I trust him 100% and it is extremely disappointing.

"It is over to UEFA now this situation and I just hope it doesn't get brushed under the carpet."

Slavia also denied the allegation of racism and said Kudela was assaulted by Kamara after the game.

"Slavia players faced unprecedentedly malicious play from their opponents ... After the end of the game, the team was not allowed to enter the dressing room.

"Ondrej Kudela was assaulted by Kamara and hit with fists in the head when Rangers manager Steven Gerrard witnessed the incident."

UEFA said it was aware of an "incident" in the tunnel involving players from both sides and was awaiting detailed information from the match officials before commenting further.

Roofe was also subjected to racial abuse on social media after being shown a red card for a high-boot challenge on Slavia goalkeeper Ondrej Kolar, which the club said resulted in the keeper needing 10 stitches to his head.