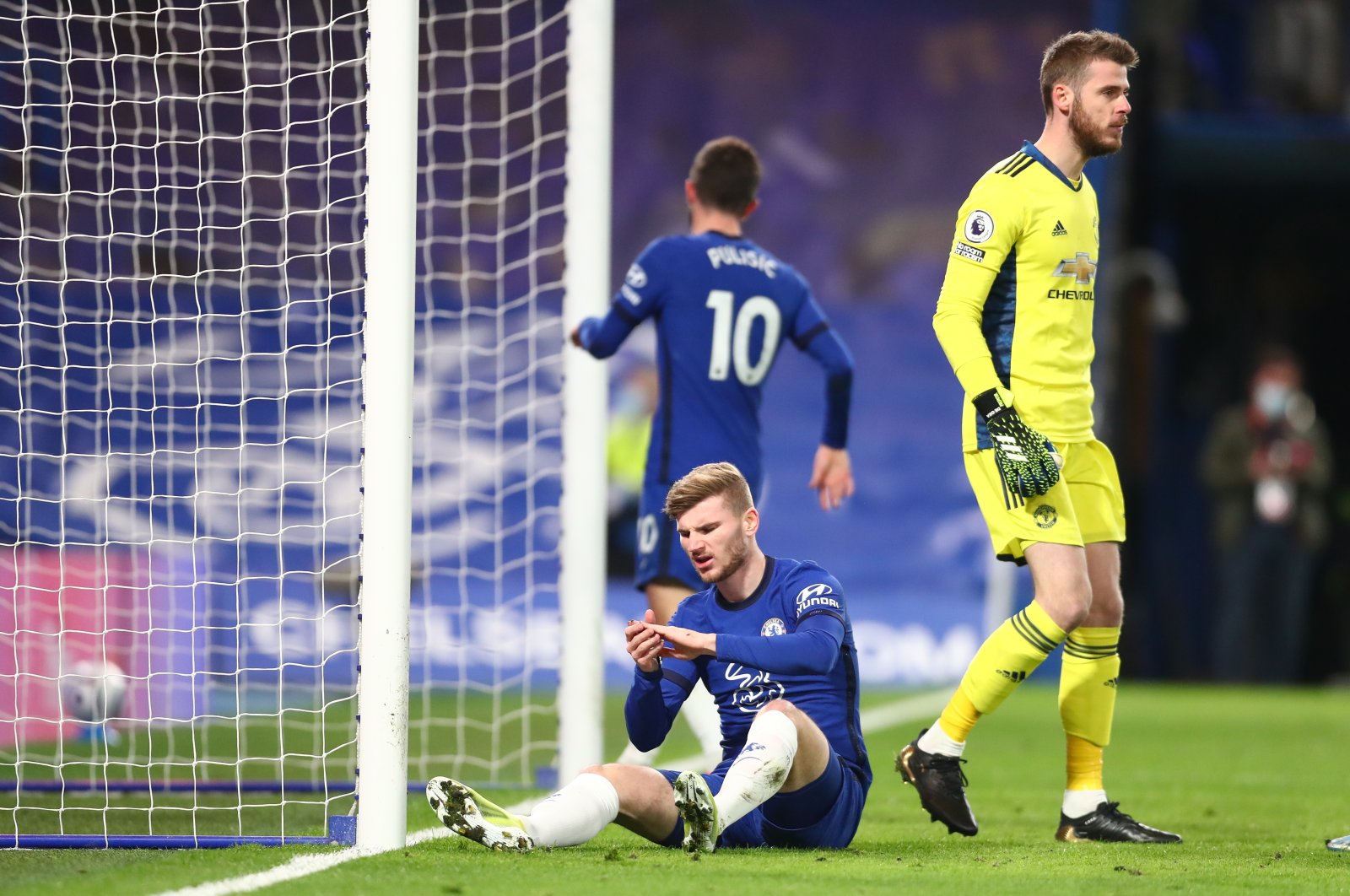 Manchester United and Chelsea played out a second 0-0 draw of the season on Sunday with the result doing little for either side's ambitions at the top of the Premier League.

In what has been an unexpected challenge for the title, second-placed United now trail runaway leaders Manchester City by 12 points meaning the end of their title hopes, while Chelsea remain a point outside the top four in fifth.

Neither side did enough to deserve all three points in a game of few chances, although United will claim they should have had a first-half penalty for a handball by Callum Hudson-Odoi.

Chelsea boss Thomas Tuchel remains unbeaten in nine games since replacing the sacked Frank Lampard, but a lack of firepower that has been a problem in the German's short reign so far was in evidence again for the Blues.

Tuchel's decision to play Hakim Ziyech and Mason Mount close to Olivier Giroud in attack left the hosts without the width to cause United problems and Chelsea only looked likely to make the breakthrough once Christian Pulisic and Timo Werner came off the bench in the final quarter.

Ole Gunnar Solskjaer had given Mason Greenwood a start ahead of the out-of-sorts Anthony Martial and the young striker was involved in the most noteworthy incident as he and Hudson-Odoi vied for possession inside the Chelsea box.

Hudson-Odoi inadvertently caught the ball with his arm and was lucky to escape a VAR review for a penalty.

Giroud then just failed to meet a teasing Hudson-Odoi cross at the other end with Chelsea's best moment of the first-half.

Stalemates against traditional top six opponents has been a theme of United's season with 0-0 draws against Chelsea twice, City, Liverpool and Arsenal in the league this season.

Edouard Mendy did well to save Scott McTominay's low shot early in the second-half and nervously parried Fred's piledriver in stoppage time.

However, it was Chelsea who posed the bigger threat after the break.