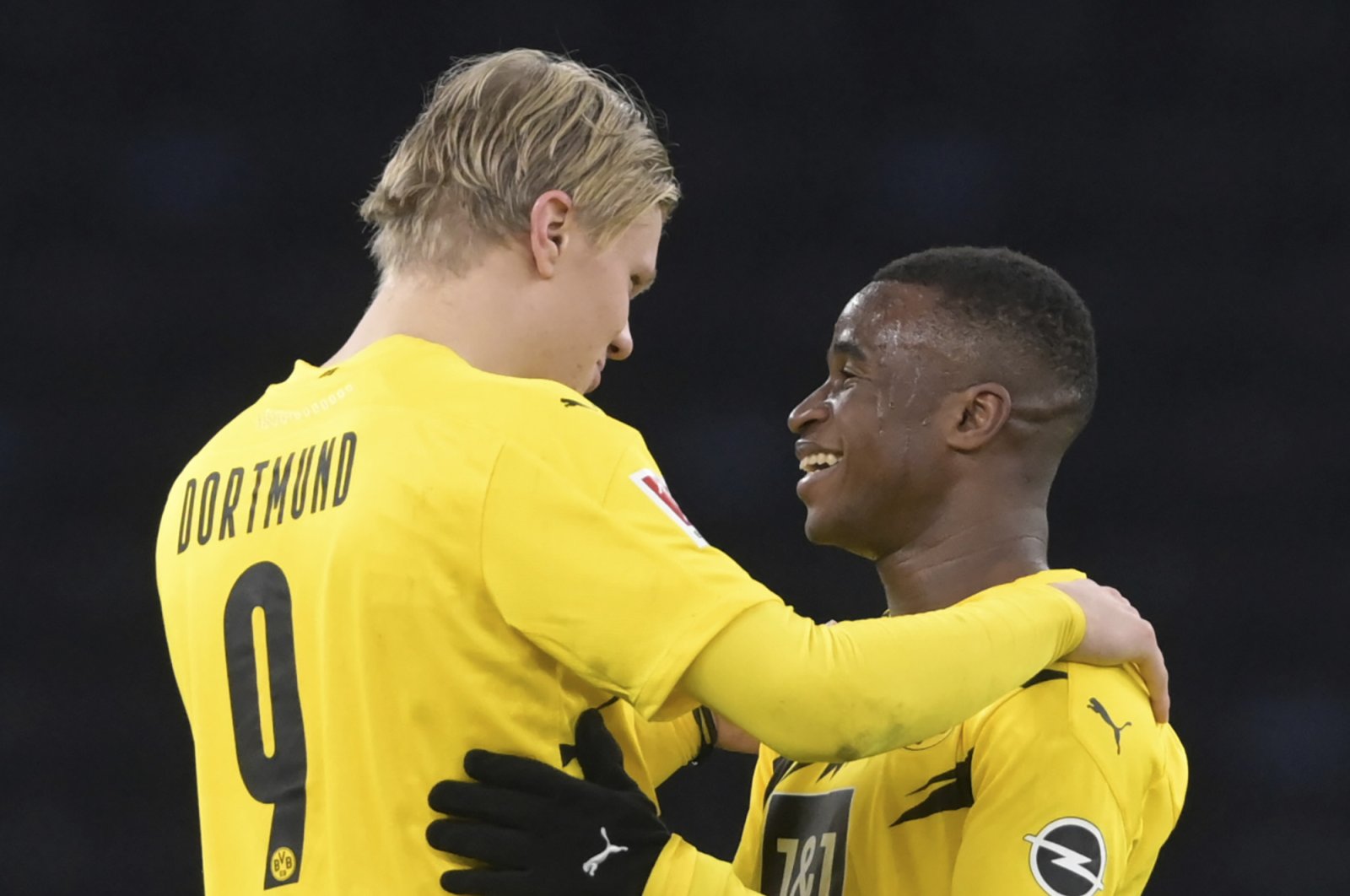 Borussia Dortmund is the center of Bundesliga attention thanks to four-goal hero Erling Haaland and Youssoufa Moukoko who is now the youngest player in the league. Golden Boy Erling Haaland made another big statement before leaving the pitch for record-breaking youngster Youssoufa Moukoko as Borussia Dortmund stole the weekend Bundesliga headlines.

"Haaland! Moukoko! Historic!" was the headline on the Bild paper's website Sunday, with the Sueddeutsche Zeitung stating "Haaland rolls out the red carpet for Moukoko." Haaland, 20, scored four goals in Dortmund's 5-2 triumph at Hertha Berlin on Saturday night which made him the youngest Bundesliga player to achieve such a feat. The Norwegian was then substituted in the 85th minute for Moukoko who at 16 years and one day became the youngest player in league history. "What a night!!! Very happy to have had my debut. But even more happy with the three points. Nothing can describe this feeling. Thank you. Thank you," Moukoko said on Instagram.

Haaland also praised the youngster who has scored 141 goals in 88 matches for Dortmund's under-17 and under-19 teams. "I'm really happy for Youssoufa. I'd really like to play with him sometime," Haaland said. "I think he's one of the biggest talents in the world right now. He's only 16 years and 1 day old and he's playing fantastically. He has a great career ahead of him." Moukoko is almost a year younger than the previous record-holder Nuri Şahin, who made his debut at 16 and 330 days, also for Dortmund, in 2005. "It was clear that Youssoufa Moukoko would be the one to break it. I am happy it was one of us who broke it. I wish you all the best, dear Youssoufa," Dortmund quoted Şahin as saying.

It was a smart move from coach Lucien Favre because the hype around Moukoko's debut will now subside, something Dortmund wants to protect their youngster. "The debut is good for him, good for the team. It is important that he knows that he is part of the first team now. But we have many young players up front, and at the back. He is young, very young," Favre said.

However, the main headlines belonged to Haaland who also on Saturday was revealed to have won the Golden Boy award for the best under-21 player in a European top league. "Erling scored four goals. That'll do for today. That's fantastic," Favre said. Haaland salvaged a game for Dortmund who had been trailing 1-0 at half-time in the Olympic stadium after most major rivals had dropped points on the day.

Champions and leaders Bayern Munich were held 1-1 by Werder Bremen who they had beaten in the previous 19 Bundesliga games; RB Leipzig also drew 1-1 at Eintracht Frankfurt where they have never won; and Borussia Moenchengladbach conceded a late equalizer for the sixth time this season in a 1-1 with Augsburg.

Bayern remain top but are only one point ahead of Dortmund and Bayer Leverkusen, 2-1 winners in Bielefeld, with Leipzig another point back. "We didn't defend well when we conceded the goal. Bremen did a good job and deservedly took a point," Munich coach Hansi Flick said, with captain Manuel Neuer adding that "we didn't have enough big chances."