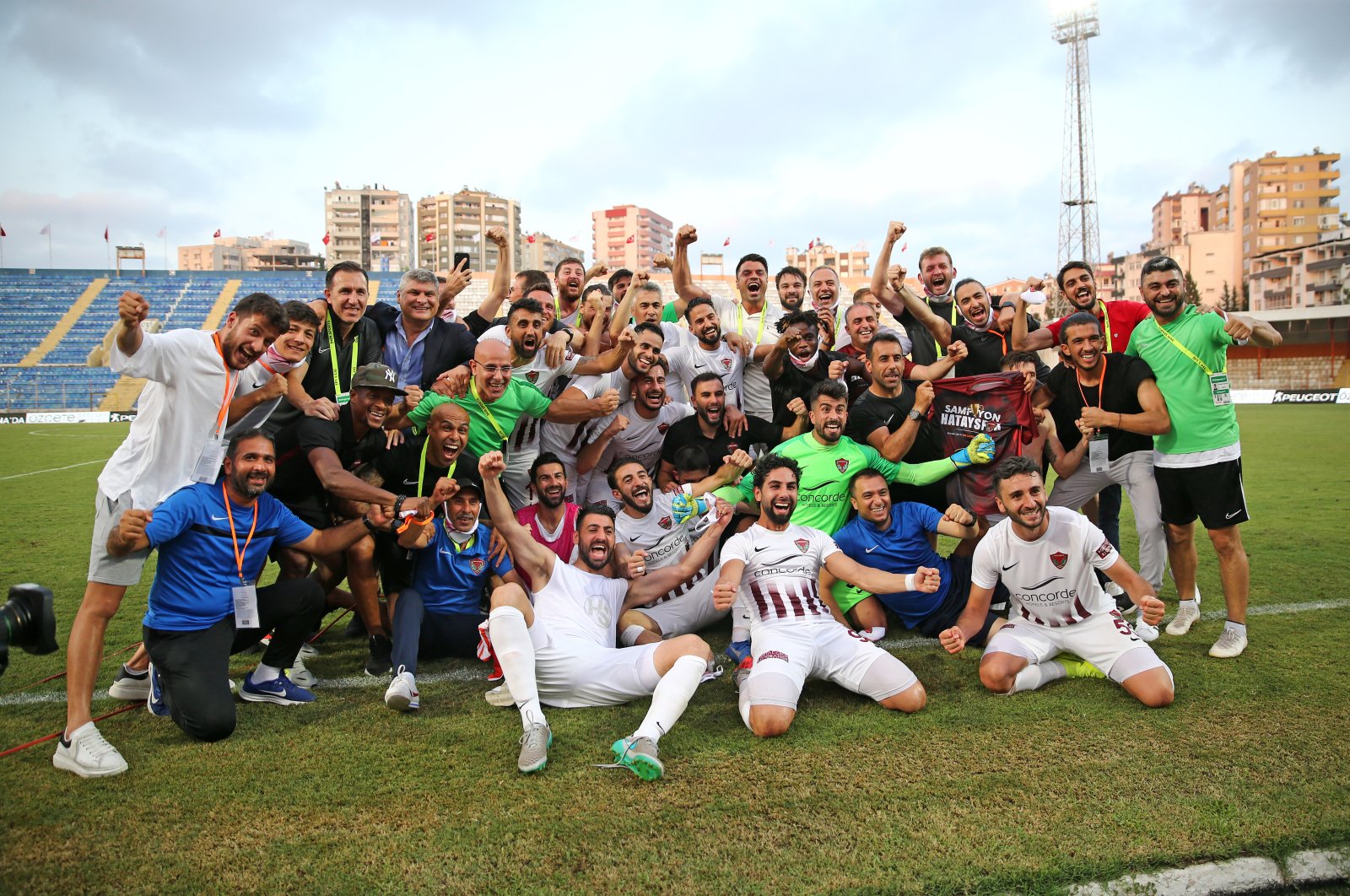 Hatayspor won the title in the second-tier Turkish Football Federation (TFF) First League to move up to the Turkish Süper Lig on Sunday.

Hatayspor beat Adanaspor 2-1 in a week-33 game to bag the ticket to Turkey's top-flight football campaign for the upcoming season.

"It is a great thing to be a champion. It is the highest level of your job," club's technical director Mehmet Altıparmak said, adding that the championship is a gift to all of Hatay's people.

"I would like to thank my football players, our management, our supporters and everyone working at the facility. From time to time, we had difficulties, but we have reached the happy end. Now we will celebrate the championship," Altıparmak said.

A team from southern Turkey, Hatayspor, has been in the First League since 2018.