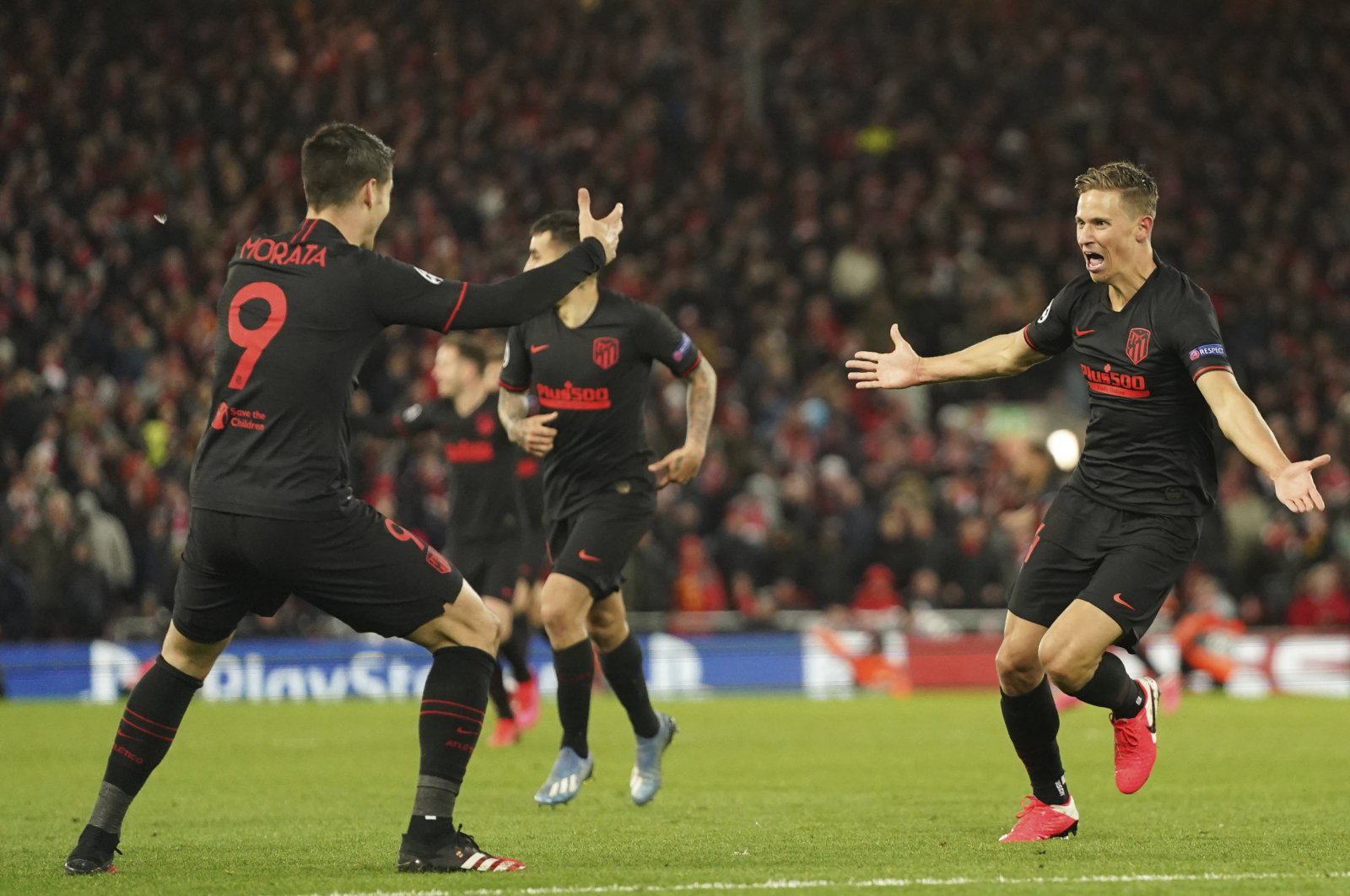 Anfield was rocking. Jurgen Klopp was beating his chest and punching the air. Another famous comeback was on for Liverpool in the Champions League.

One error from their backup goalkeeper saw it all come crashing down for the titleholders on Wednesday.

When Adrian received the ball at his feet seven minutes into extra time, Liverpool had just gone 2-0 ahead on the night and 2-1 up on aggregate against Atletico Madrid in the round of 16. The Reds just needed to keep their composure to see the game through.

Instead, Adrian sidefooted a poor clearance along the ground and straight to Joao Felix, who set up substitute Marcos Llorente to score the crucial away goal that put Liverpool on the back foot for the first time in the second leg.

Further goals from Llorente and Alvaro Morata — two former Real Madrid players — secured a 3-2 win for Atletico and a 4-2 win on aggregate.

Atletico’s famed defense put in another resilient display until Georginio Wijnaldum’s goal just before halftime that made it 1-1 on aggregate. Alex Oxlade-Chamberlain did his best impersonation of teammate and right back Trent Alexander-Arnold by whipping in a brilliant cross from the byline and Wijnaldum was unmarked as he headed downward and into the far corner.

The second half was spent almost entirely in Atletico’s half and it felt like a matter of when Liverpool would get its second goal as it attacked the Kop end, which was adorned with banners containing phrases like “Jurgener Believers” and “Liverpool, the cream of Europe.”

Andrew Robertson came closest to forcing an aggregate winner when he headed against the crossbar from six yards (meters) out but extra time was needed - though only after a headed goal from Saul Niguez, Atletico’s scorer in the first leg, with the last touch of normal time was ruled out for offside.

Another memorable comeback looked on when Roberto Firmino tucked home a rebound, having initially hit the post with a header from Wijnaldum's cross, in the 94th for his first goal at Anfield in any competition this season.

But Adrian’s sloppy mistake three minutes later sparked a brilliant recovery of their own from Atletico’s players.

Llorente, in his first season at Atletico after a controversial move from fierce local rival Real Madrid in the offseason last year, scored his second on the counterattack in the 105th minute and Morata, another substitute, clinched victory.

It was Liverpool's first loss over two legs in Europe under Klopp, and means Liverpool won't be in a third straight final.

In the other Champions League match on Wednesday, Paris Saint-Germain beat Borussia Dortmund 2-0 to seal a 3-2 victory on aggregate.

The game in Paris was played in an empty stadium because of the virus outbreak that has played havoc with the world’s sporting calendar.

Neymar and Juan Bernat scored before halftime to overturn a 2-1 first-leg deficit and send the French champion into the last eight for the first time since 2016 as Dortmund finished with 10 men after Emre Can was sent off in the dying minutes.

PSG made it past the last 16 after painful exits at the same stage in the last two years. The French club let slip a 4-0 advantage in a 6-5 aggregate defeat by Barcelona in 2017 and lost to Manchester United on away goals after beating the English side 2-0 at Old Trafford 12 months ago.

Over 3,000 ultra fans gathered near the Parc des Princes before kickoff after being granted authorization by the police – demonstrations being considered an exemption to the ban of gatherings of more than 1,000 as French authorities try to contain the coronavirus, which has infected 2,281 people and killed 48.