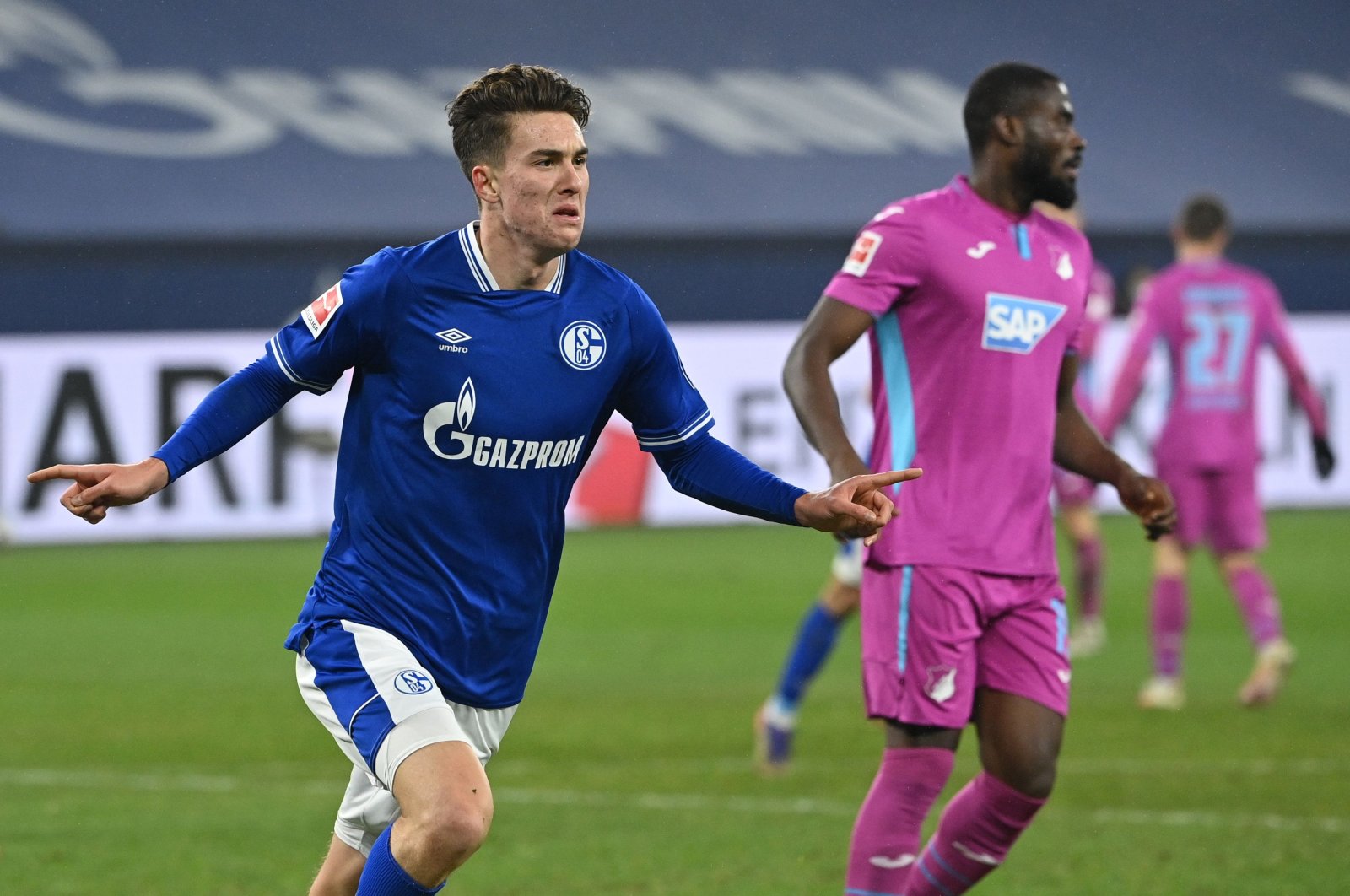 Just when it seemed Schalke 04's winless run in the Bundesliga might never end, along came Matthew Hoppe.

The 19-year-old forward from the United States scored a hat trick in only his fifth league game to give Schalke a 4-0 victory over Hoffenheim and its first league win in nearly a year.

Another draw or defeat would have matched the league record of 31 winless games set more than 50 years ago.

Ahead of the game, the focus was on left-back Sead Kolasinac, a former Schalke youth player back on loan from Arsenal and not the California-born forward yet to score in first-team men's football.

Given back-to-back starts for the first time by new coach Christian Gross, Hoppe appeared to struggle with nerves early on, cutting the ball back to a teammate instead of taking a chance to score.

That all changed in the 42nd minute when Hoppe was played in on the left flank by Amine Harit and coolly waited before lobbing the ball over goalkeeper Oliver Baumann. He jumped and punched the air in celebration before being surrounded by jubilant teammates.

After the break, the Hoffenheim defense seemed so intent on tracking Hoppe's teammates that it opened wide in the center for him to run through and score off another pass from Harit.

Hoppe and Harit teamed up again to complete the hat trick on another counter soon after.

Hoppe took an unusual path to top-division men's football in Europe. He came through the Barcelona Residency Academy in Casa Grande, Arizona, which is affiliated with 26-time Spanish champion Barcelona, and joined Schalke in July 2019. He had planned to play college football for San Diego State before the offer came from Schalke.

Schalke's first win since Jan. 17 could lift some of the many clouds over the club, which was in the Champions League as recently as March 2019 and is facing relegation for the first time since 1991.

Schalke’s problems are years in the making. Hemmed in by local rivals in a cramped market, Schalke tried to turn itself into a global brand with success in the Champions League and a longstanding sponsorship deal with Russian state gas company Gazprom.

Schalke spent heavily in the transfer market in a bet that Champions League revenue would keep rolling in. When the team qualified only once in the last six seasons, financial turmoil set in.

The coronavirus pandemic has only made things worse. Without fans in the stands, much of the club’s business came to “a complete or partial standstill,” Schalke said in September. Schalke has a formidable record of developing young players but hasn’t kept up with local rival Borussia Dortmund in maximizing income from player sales.