Ibrahimovic returns as Milan bounces back to extend Serie A lead 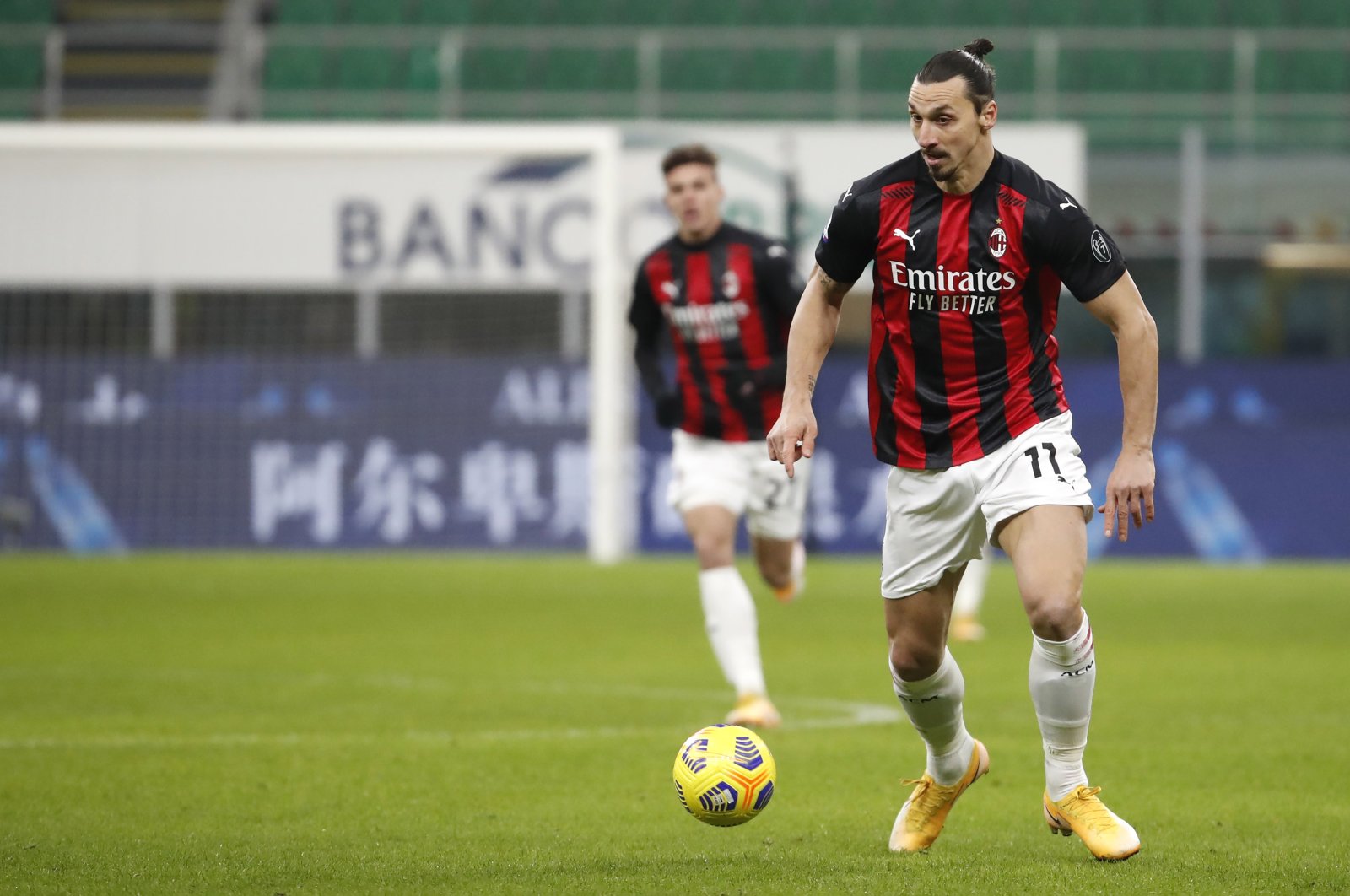 Zlatan Ibrahimovic returned from injury, coming off the bench for a late cameo appearance, as AC Milan defeated Torino 2-0 on Saturday to extend its lead at the top of Serie A.

But Rafael Leao's goal and a Franck Kessie penalty in the first half put Milan back on its winning ways.

Ibrahimovic started on the bench, having been out of action since scoring a double against Napoli on Nov. 22, with a thigh injury and then a calf problem.

"We had a clear program, if Ibrahimovic passed the last test yesterday he could have a small role as he did," said Milan coach Stefano Pioli.

The 39-year-old Swede, who scored 10 goals in six league games before injury, replaced Leao with five minutes to go in a game the hosts dominated against lowly Torino.

"The important thing is that the muscular problem is behind him, now we'll have to help him find his way back because he was out a long time," continued Pioli.

"He's such a strong player, a great stimulus for the whole team."

Kessie calmly slotted in the second from the penalty spot in the 36th minute after a VAR review judged Torino captain Andrea Belotti to have tripped Diaz.

Ricardo Rodriguez missed a chance to score for Torino against his former club, rattling the crossbar before the break, with Sirigu denying Kessie from close range.

Milan's injury woes were compounded when midfielder Sandro Tonali was stretchered off five minutes after the break after colliding with Simone Verdi.

The hosts were initially awarded a penalty for the incident which was overturned after a VAR review.

Diaz also went off injured after an hour, with Leao also to miss Milan's next game against Cagliari after being booked for diving.

Former Milan coach Marco Giampaolo's Torino had few shots on goal, with Gianluigi Donnarumma easily keeping out a Belotti header on 72 minutes. With the defeat, Torino slipped to 19th place.

Meanwhile, Atalanta moved up to fourth after Josip Ilicic scored and set up two other goals in a 4-1 win over midtable side Benevento.

The Slovenia striker was impressive throughout, with Atalanta captain Papu Gomez still frozen out after clashing with coach Gian Piero Gasperini.

"We're into the championship now," said Gasperini after a third consecutive win.

Ilicic gave the visitors the advantage after half an hour, embarking on a solo run up the right flank, dribbling past three defenders and firing in at the near post, through center-back Kamil Glik's legs.

He was denied a second by the post shortly afterward with a fierce drive from long range, having also provided perfect crosses for Robin Gosens and Duvan Zapata, who squandered the chances.

Marco Sau pulled Benevento level five minutes after the break, with Zapata having a goal ruled out for offside.

But Ilicic had a role in Atalanta's next two goals, as Benevento goalkeeper Lorenzo Montipo pushed his 69th-minute effort into the path of Rafael Toloi who scored on the rebound.

Two minutes later, Ilicic was again the creator with a brilliant cross for Zapata to tap in the third from close range.

Substitute Luis Muriel curled in from the edge of the area four minutes from time for his 10th league goal this campaign, and sixth in five games.

Gasperini said the decision to keep Argentinian Gomez sidelined was "a technical choice."

"I needed to try another type of system because I saw that we were suffering in midfield and Gomez did not adapt."