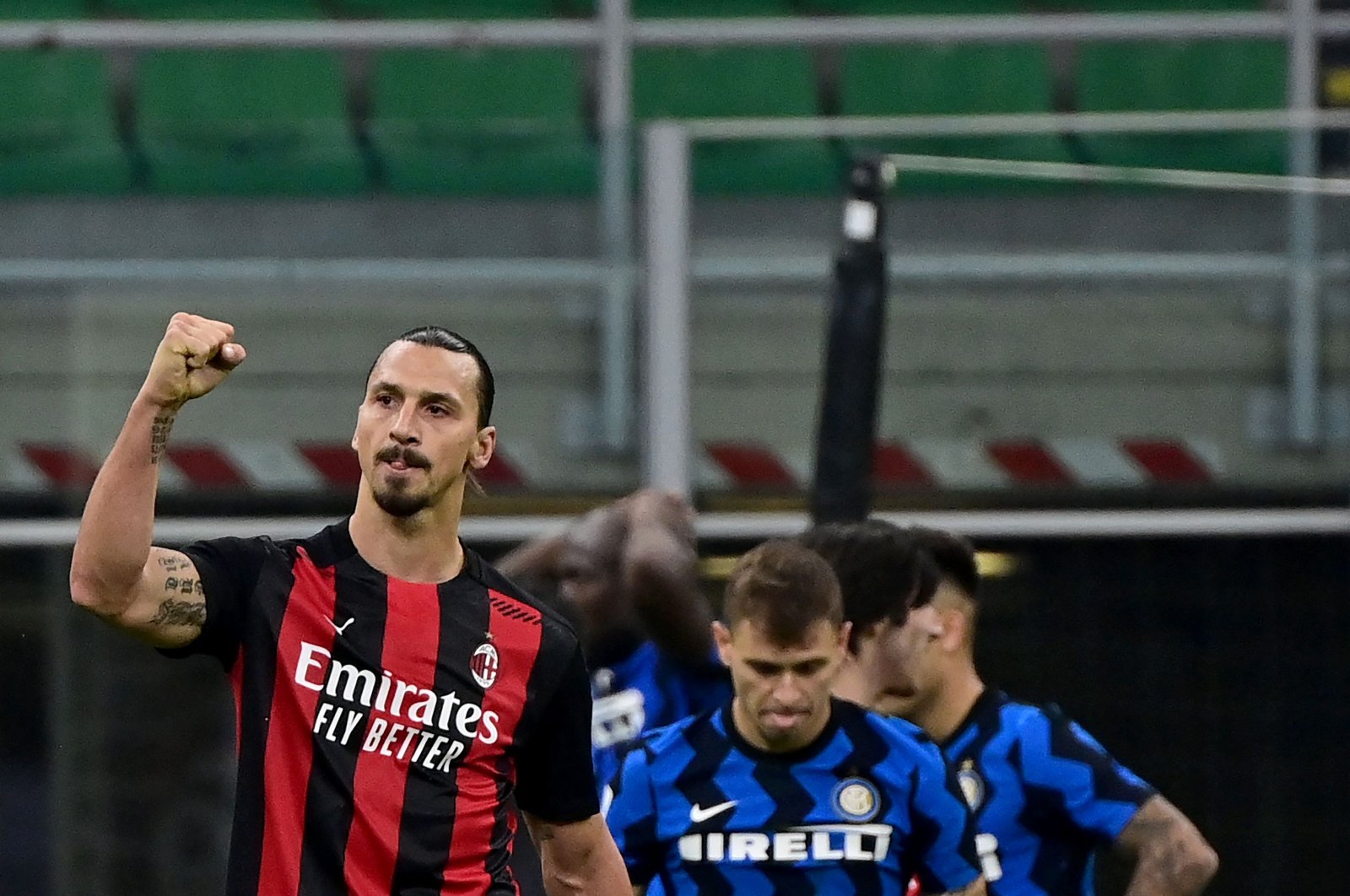 AC Milan's Zlatan Ibrahimovic, recently recovered from a COVID-19 infection, scored an early brace to secure a 2-1 win over neighbours Inter in the Serie A derby on Saturday.

The 39-year-old Swedish striker put Milan in front after 13 minutes, tapping the ball in from the rebound after his penalty was saved by Samir Handanovic, and struck again three minutes later to give his side their first league win over their neighbours since January 2016.

Romelu Lukaku pulled one back for Inter in the 29th minute, the first Serie A goal Milan have conceded this season, and had a penalty revoked by VAR for offside in the second half.

Milan has won all four games in Serie A this season and leads with 12 points while Inter has seven after their first defeat.

The first half was an end-to-end affair but the pace dropped considerably in the second half as mistakes crept in and the match became increasingly niggly.

Inter had six players unavailable after testing positive for COVID-19 in the last 10 days and others were returning from a hectic week of international football, including three from South America.

Around 1,000 spectators, all invited, were allowed at San Siro.

Ibrahimovic, who returned to training last week after testing positive for COVID-19, made an instant impact as he was fouled by Aleksandar Kolarov and won a penalty. Although his spot-kick was saved, he was able to tap in from the rebound.

Three minutes later, Hakan Calhanoglu sent Rafael Leao clear down the left and his inviting cross was calmly turned in by Ibrahimovic at the far post.

Inter quickly got back into the game thanks to Lukaku. Ivan Perisic got free down the left, his low cross caught goalkeeper Gianluigi Donnarumma in no man's land and Lukaku reacted in time to score from close range.

As Inter took control, Lautaro Martinez saw a header cleared off the line by Simon Kjaer and Lukaku headed centimeters wide after being left unmarked by the Milan defence.

Inter also had the better chances in a much more subdued second half and were awarded a penalty when Lukaku went down under Donnarumma's challenge but VAR ruled that the Belgian was offside in the build-up.

Lukaku was twice close to a stoppage-time equalizer as he prodded the ball wide at full stretch and saw a backheeled effort saved by Donnarumma.