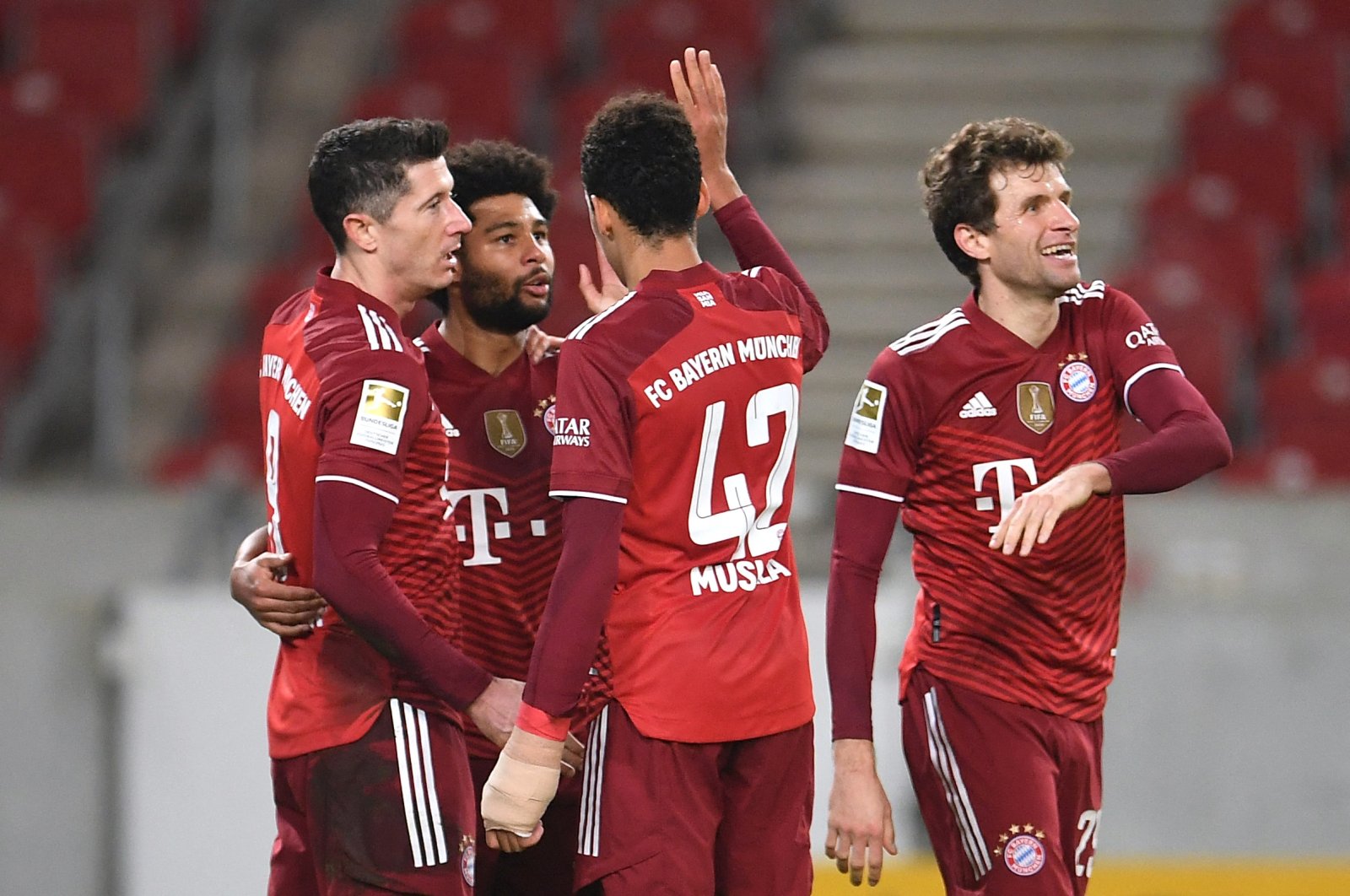 Wolfsburg will be looking to stop Bayern goal machine Robert Lewandowski, who will have the chance to set a new record for most goals scored in German league football during a calendar year

Though unlikely against a high-flying Bayern, Wolfsburg will look to end its miserable five-match losing streak in all competitions.

Florian Kohfeldt's team is just three points above the relegation playoff spot in 11th place after having lost its last four league matches for a run of six defeats in a row across all competitions, including the Champions League.

"It is clear that we have to keep our sights low and be very careful that it does not get even more dangerous," Schmadtke told Germany's Kicker magazine.

But the bad news keeps coming for Wolfsburg with forward Lukas Nmecha, who had scored against Cologne, ruled out for several weeks with an ankle injury.

"This phase is difficult and I can say that I will do everything so that we to get a point or a win at Bayern," Kohfeldt told reporters.

"We do not want to play for a point. We have to sharply improve our form, each and every one of us."

"We should not make the mistake and say that we have enough quality and have nothing to do with that (relegation battle). We have to start picking up points."

Bayern coach Julian Nagelsmann, whose side starts the final weekend before the two-week winter break six points clear, said: "We have one game before Christmas to try to collect three more points"

The Bavarian giant is buoyed by winning the last six games in all competitions, including beating second-placed Bundesliga rival Dortmund, then Barcelona to seal a perfect six wins from six Champions League group stage games.

It also thrashed Stuttgart 5-0 on Tuesday with Serge Gnabry claiming the second Bundesliga hat trick of his career.

Lewandowski, meanwhile, can claim a new record for most goals scored in German league football during a calendar year.

He scored twice in Tuesday's rout of Stuttgart to draw level with Gerd Muller, who scored a record 42 goals over 12 months back in 1972.

The Polish forward loves to score against Wolfsburg, netting 23 goals in 15 games against Wolves, the most he has scored against any club in Germany's top flight.

That tally includes the five Lewandowski hit in nine jaw-dropping minutes when he came off the bench to steer Bayern to a 5-1 victory and claim a host of records in September 2015.

Bayern will be without winger Kingsley Coman, who tore a thigh muscle in the win over Stuttgart.

A year since his transfer from Espanyol, the 25-year-old has seized his chance to finally show what he can do.

With his other defensive midfielders Joshua Kimmich, Leon Goretzka, Corentin Tolisso and Marcel Sabitzer all sidelined, Bayern boss Nagelsmann gave Roca, who had only played 25 minutes of Bundesliga football this season, his first league start this season at Stuttgart.

Roca seized his chance, turning in a superb performance, which Nagelsmann singled out for praise in the Bayern dressing room.

"I rarely do that, but Marc really deserved it. I love players like that," enthused Nagelsmann after Roca showed "that it was a mistake to use him so rarely"

"To come in and give it his all – that was an outstanding performance," said Nagelsmann as Roca's smooth passing helped create goals for Gnabry and Lewandowski.