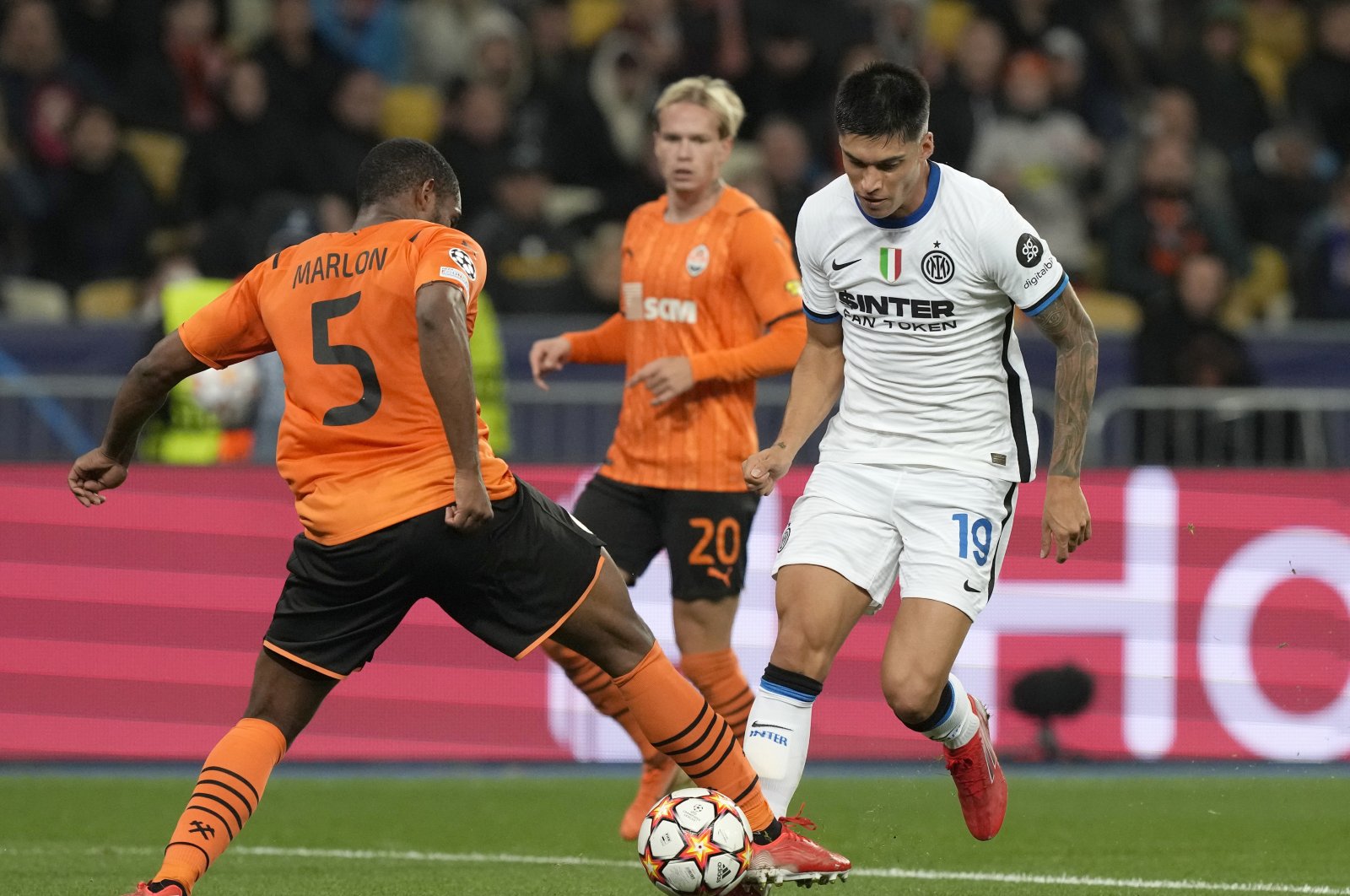 Serie A champion Inter Milan remained winless in its Champions League campaign after it was held to a goalless draw with Shakhtar Donetsk in their Group D match Tuesday.

Shakhtar, which was cheered on by Ukraine's newly-crowned world heavyweight boxing champion Oleksandr Usyk, had more possession but Inter missed the best chances with Edin Dzeko and Lautaro Martinez guilty of poor finishing.

Shakhtar came close in the fifth minute through Manor Solomon before Nicolo Barella rattled the crossbar from 25 meters (82 feet) for Inter and Dzeko then blazed a sitter over the bar from close range with the goal at his mercy.

Martinez, who shot inches wide after a mazy run in the first half, spurned another opportunity after the break as he skied his shot following a poor clearance by Shakhtar goalkeeper Andriy Pyatov.

The 37-year-old Pyatov denied Inter a late winner in the 87th minute with a pair of superb saves as he tipped a Joaquin Correa shot around the post and then clawed out a Stefan de Vrij header from the resulting corner.

Real Madrid is at home to the group's surprise package Sheriff Tiraspol in the group's late fixture with both teams looking to build on their good starts.

Real won 1-0 at Inter in their opening match while Sheriff, which became the first Moldovan team to reach the group stage, beat visiting Shakhtar 2-0.