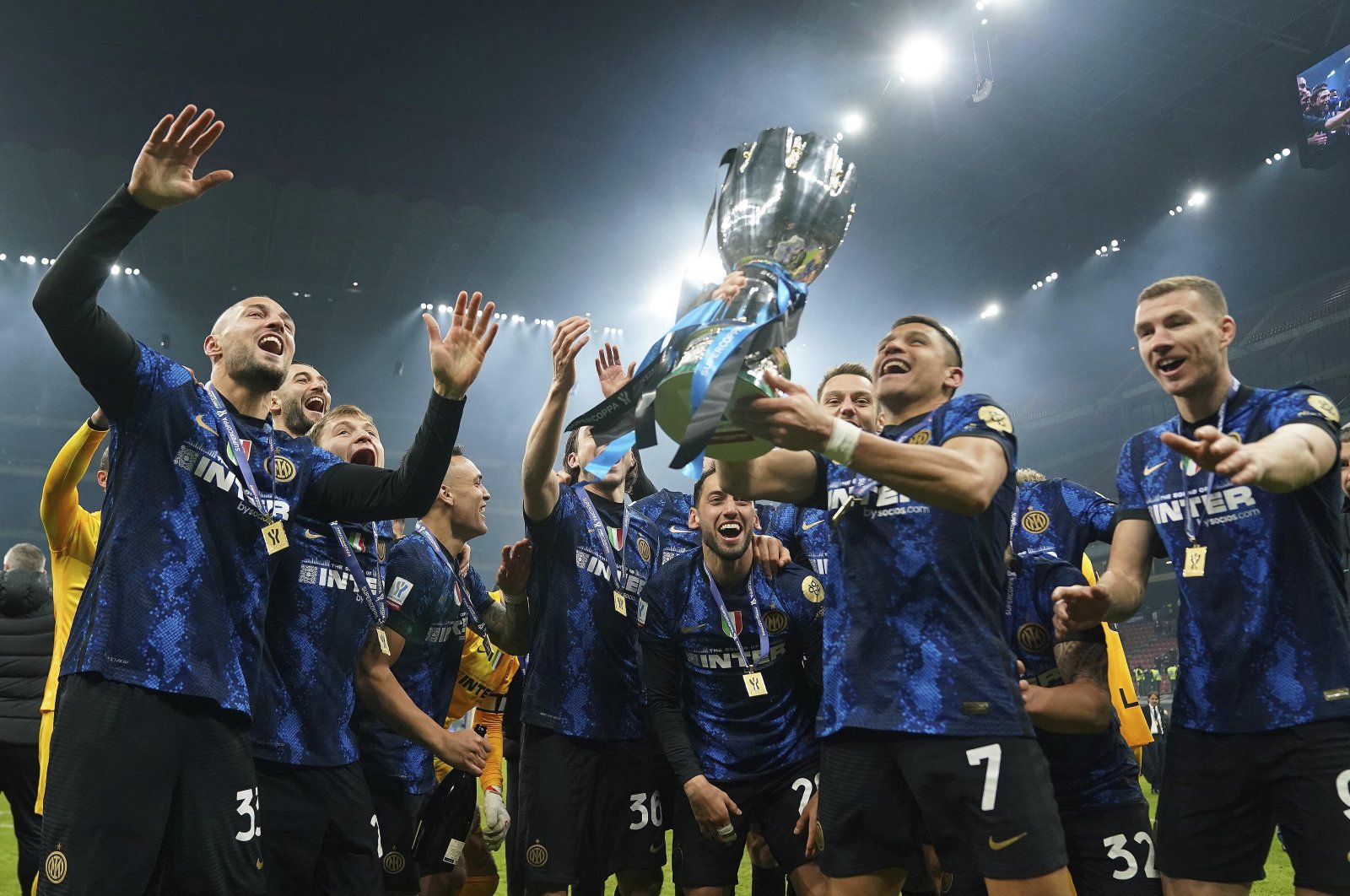 Serie A champion Inter Milan continued its impressive form this season as it beat Juventus 2-1 to clinch the Italian Super Cup for the first time 11 years Wednesday.

Inter's win at the San Siro came in the dying moments of the match when striker Alexis Sanchez scored in the final minute of extra time.

The home crowd, reduced to 50% capacity due to COVID-19 restrictions, exploded with joy when the Chilean substitute profited from a defensive mix-up to strike in the 120th minute and decide the "Derby of Italy" clash between two historic rivals.

"The more a champion plays, the better he is, and he does things nobody else can do," Sanchez told Mediaset after starting the game on the bench.

"Today it was like that. I thought I would start because I was in form, I respect the coach but I was hungry to win ... I felt like a caged lion."

Weston McKennie had headed the Turin club ahead before Lautaro Martinez equalized from the penalty spot in a breathless first half, but the game became a more cagey affair after the break.

Inter dominated possession and attempts on goal, but penalties looked inevitable with the clock counting down until Sanchez struck to give Inter its sixth Super Cup triumph and its first since 2010.

The trophy, awarded annually to the winner of a one-off clash between the reigning Serie A and Italian Cup champions, presented a chance for both coaches to make their mark.

Simone Inzaghi was seeking his first silverware as Inter coach, while Massimiliano Allegri targeted the first trophy of a hitherto disappointing second spell at Juve, who are fifth in Serie A, 11 points behind leaders Inter.

Inter, coming off eight consecutive league victories, started on the front foot as Stefan de Vrij and Martinez failed to hit the target from good positions.

But Juventus soon settled and struck in the 25th minute when McKennie headed home from six yards.

The lead lasted only 10 minutes, as Mattia De Sciglio tripped Edin Dzeko in the area to give Martinez the chance to bury a spot kick.

Denzel Dumfries went closest after the break when his header was palmed onto the post by Mattia Perin, but it soon became the first Italian Super Cup to go to extra time since 2016.

A penalty shootout appeared to be the likeliest outcome as the two tiring sides struggled to create chances.

But a moment of hesitation cost Juve, as Alex Sandro tried to chest a cross back to Perin, allowing Matteo Darmian to pounce on the weak pass to set up Sanchez.