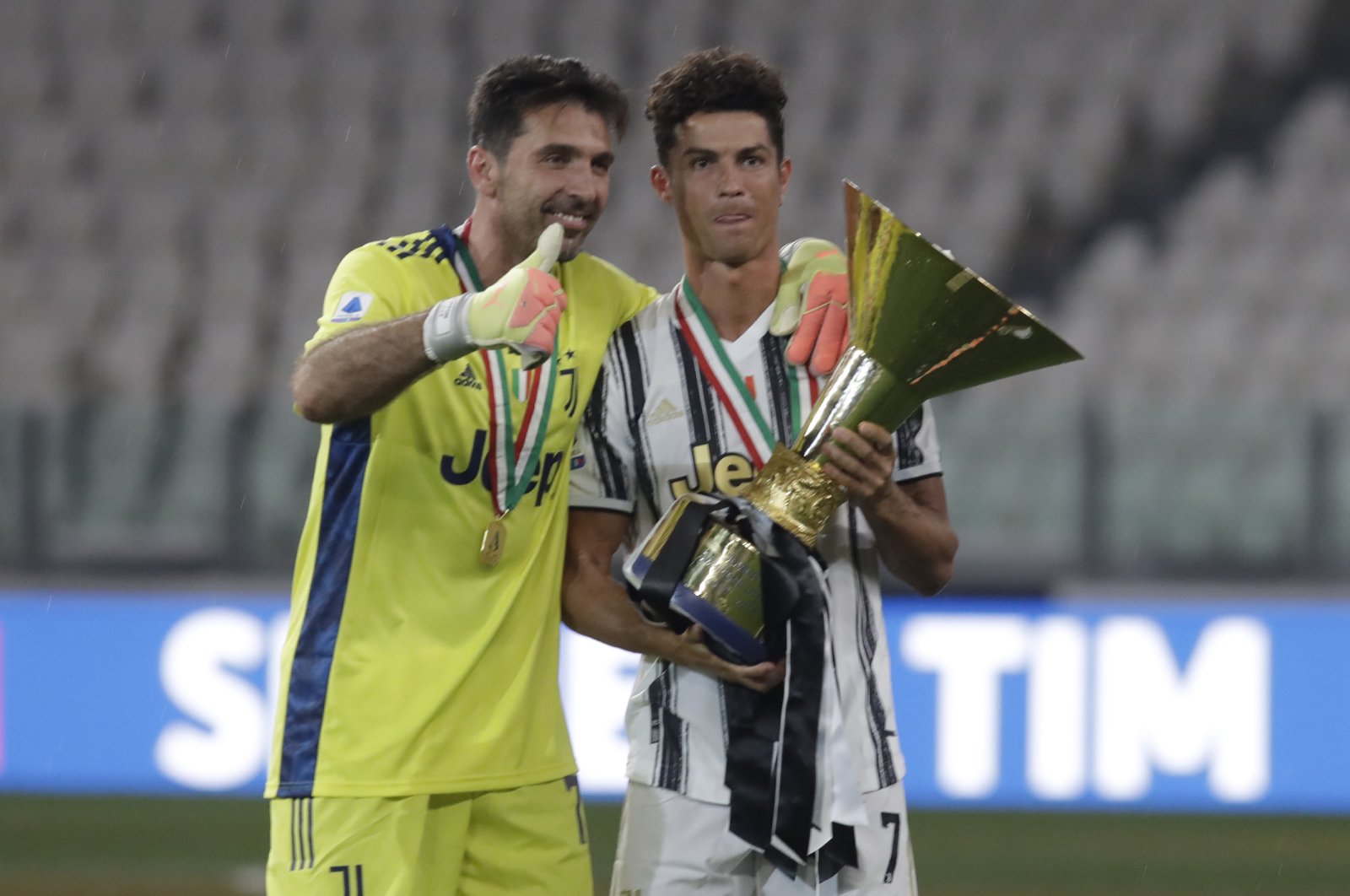 Juventus' Cristiano Ronaldo, right, and Juventus' goalkeeper Gianluigi Buffon hold the trophy as Juventus players celebrate winning an unprecedented ninth consecutive Italian Serie A soccer title, at the end of the a Serie A soccer match between Juventus and Roma, at the Allianz stadium in Turin, Italy, Saturday, Aug.1, 2020. (AP Photo/Luca Bruno)
by REUTERS Dec 24, 2021 5:34 pm

Italy and Juventus great Gianluigi Buffon has claimed his former club lost the "DNA of being a team" following the arrival of Cristiano Ronaldo in 2018.

Ronaldo, now back at Manchester United for a second spell, scored 101 goals in 135 appearances for Juventus and won Serie A twice but the club did not progress beyond the Champions League quarterfinal during his three years there.

Buffon, considered one of the greatest goalkeepers of all time, returned to his first club Parma in June after nearly two decades at Juventus, where he won 10 Serie A titles. He spent the 2018-19 season at Paris Saint-Germain.

"Juventus had the chance to win the Champions League the first year he arrived, which was the year I was at Paris Saint-Germain, and I couldn't figure out what happened," Buffon told American broadcast network TUDN.

"When I returned, I worked with Ronaldo for two years and we did well together, but I think Juventus lost that DNA of being a team.

"We reached the Champions League final in 2017 because we were a side full of experience, but above all, we were a single unit and there was this competition for places within the group that was very strong. We lost that with Ronaldo."

Juventus is fifth in Serie A, 12 points adrift of leader Inter Milan, and host third-placed Napoli on Jan. 6.