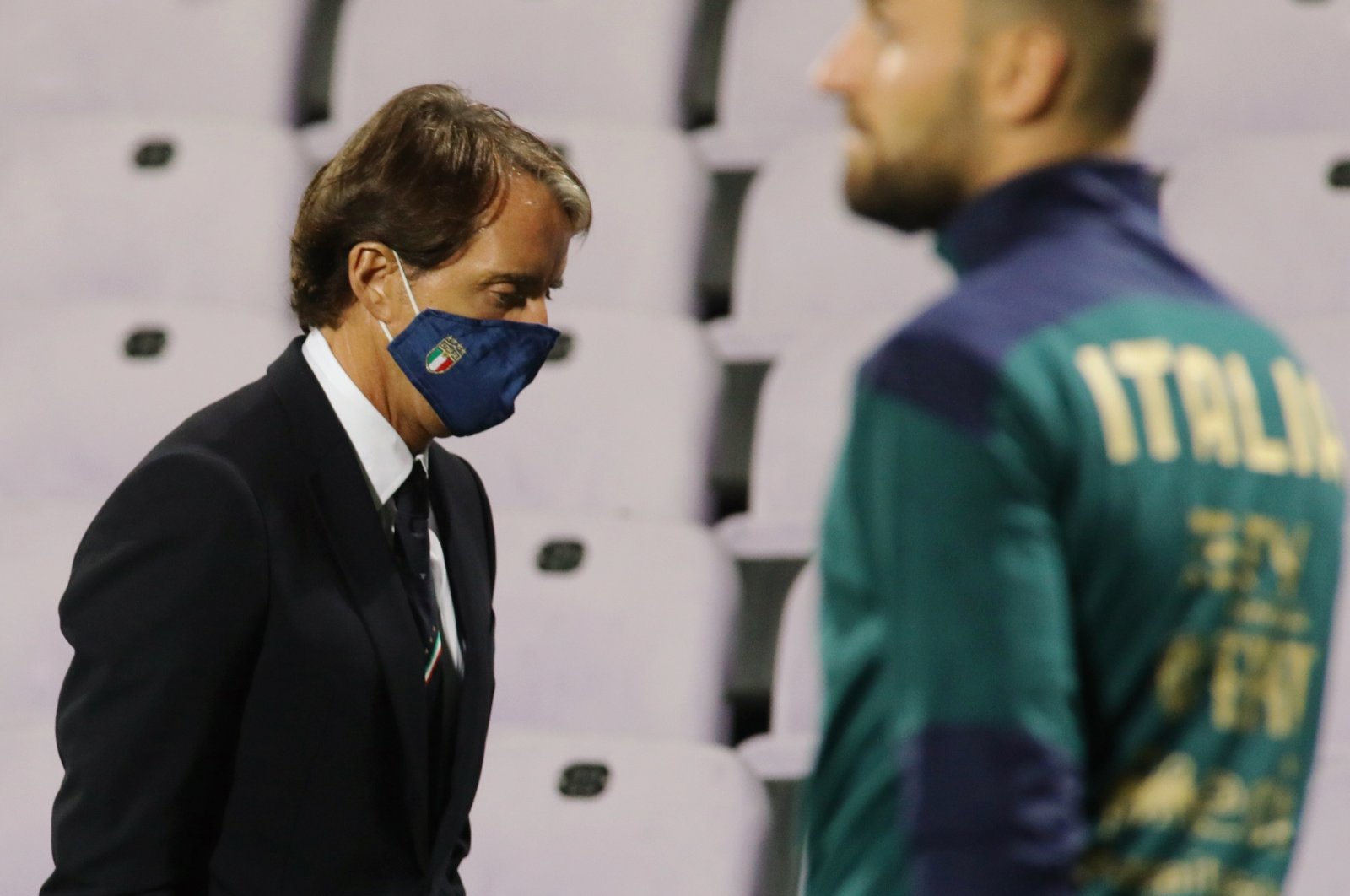 Mancini tested positive for the coronavirus on Friday and is to be replaced on the bench by his assistant Alberico Evani for Wednesday's friendly against visiting Estonia. He will need a negative test to steer the Azzurri in the Nations League home match against Poland on Nov. 15 and when they visit Bosnia and Herzegovina to close the group phase three days later.

Italy is one point adrift of first-place Poland in Group A of the event's top-flight. The Netherlands sit third one point behind Italy and Bosnia is last, three points from the Dutch.

Atalanta midfielder Matteo Pessina and AC Milan defender Davide Calabria are the newcomers at the Coverciano camp outside Florence, where Calabria had already been called for a stage in 2017. Roberto Soriano, Domenico Criscito and Pietro Pellegri are back in the squad after absences of more than two years.

Sixteen summoned players from Fiorentina, Genoa, Inter Milan, Lazio, Roma and Sassuolo are currently in coronavirus isolation and will join the group after clearance from health authorities.