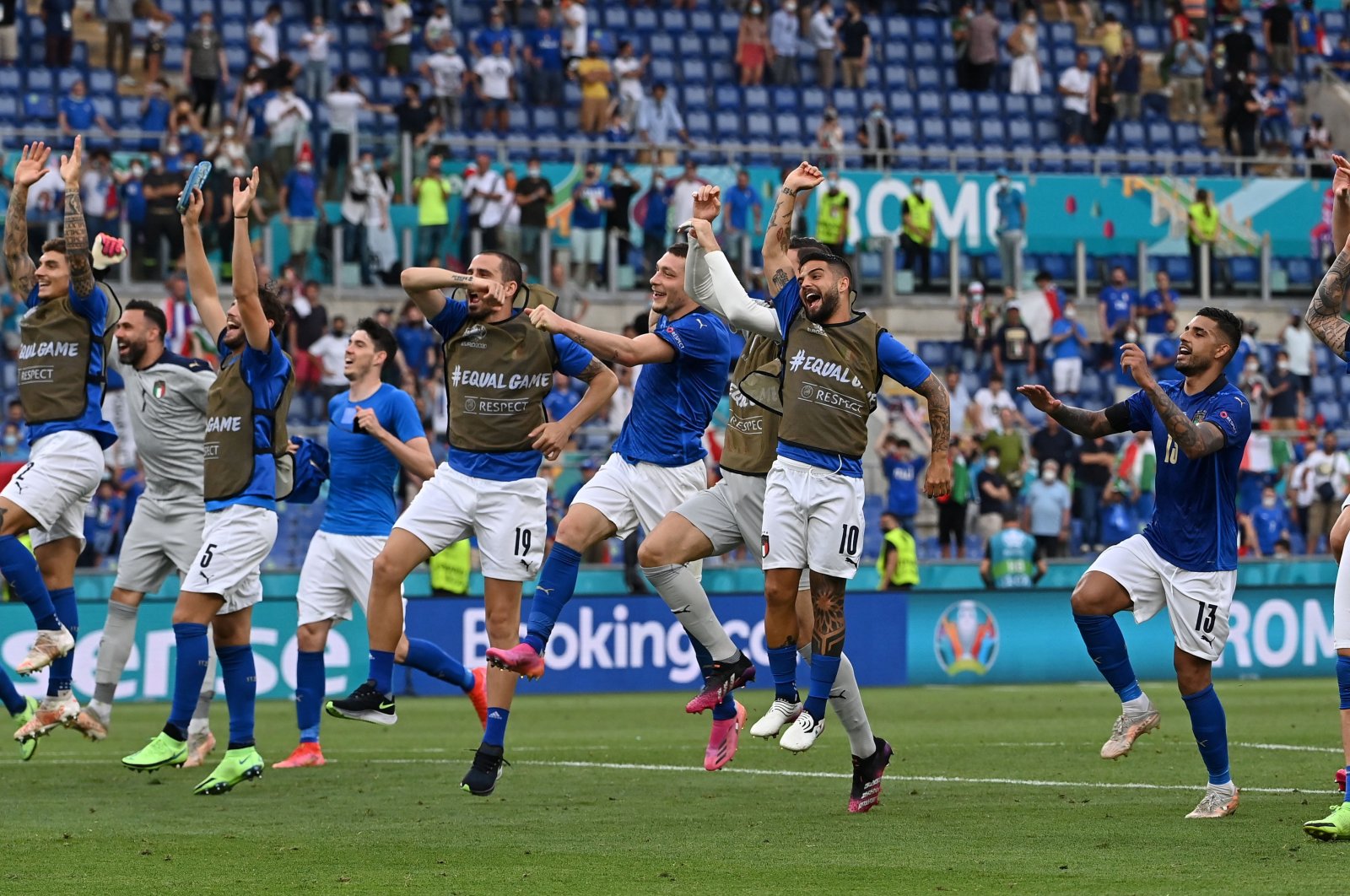 Italy completed a perfect group stage at Euro 2020 Sunday with a 1-0 win over 10-man Wales, as the team won all games in Group A.

Italy already qualified to the round of 16 and made eight changes to face the Welsh side, who advanced despite the defeat on goal difference over Switzerland, who won 3-1 over Turkey.

They defeated Wales 1-0 Sunday, thanks to Matteo Pessina’s goal in the 39th minute at the Stadio Olimpico in Rome.

With the group win, Italy will face the second-placed side in Group C, a position still disputed by Ukraine and Austria, while Wales will play the runners-up from Group B which is still wide-open.

Already qualified, coach Mancini made eight changes to his starting line-up. Forwards Ciro Immobile and Lorenzo Insigne were on the bench but didn't play, while defender Giorgio Chiellini was left out of the squad due to a muscular problem.

"The identity has remained the same. Changing a few players I don't change anything because everyone knows what to do and the product doesn't change," Mancini said.

The Italian side got the first chance of a match that had a slow start. Alessandro Bastoni sent the ball toward Andrea Belotti, but it was too high for him to head it in as he would have wanted to.

Wales had a frustrating start as they struggled to retain possession and watched the game being mostly played in their own half. Whenever the Welsh team managed to get close to the box, the Italian defenders were efficient to clear the danger.

Italy converted its dominance into an advantage on the scoreboard in the 39th minute. Verratti was fouled but picked himself up to take a free kick to the near post, where Pessina deflected it into the far corner.

Back after the break, Federico Bernardeschi hit the post after a free kick and missed the chance to make it 2-0.

Wales tried to show a reaction and Aaron Ramsey had the ball in the box but he was smothered by the several blue jerseys in front of him.

Their hopes of clinching a point were crushed when Ampadu was sent off after he fouled Bernardeschi without the ball, and Gareth Bale's volley went over the top in their best chance of the match.

"I couldn't quite get over the ball, but it makes no difference in the end, we finish second," Bale said. "We have to recover now and take the break and get ready to get going again."

Wales coach Robert Page said "to see the red card come out was unbelievable," and that it changed the course of the game.

Italy were pushing until the end, but were stopped by a good performance of Wales keeper Danny Ward.

"We have a good balance and we just need to be more consistent in games," Ramsey said.