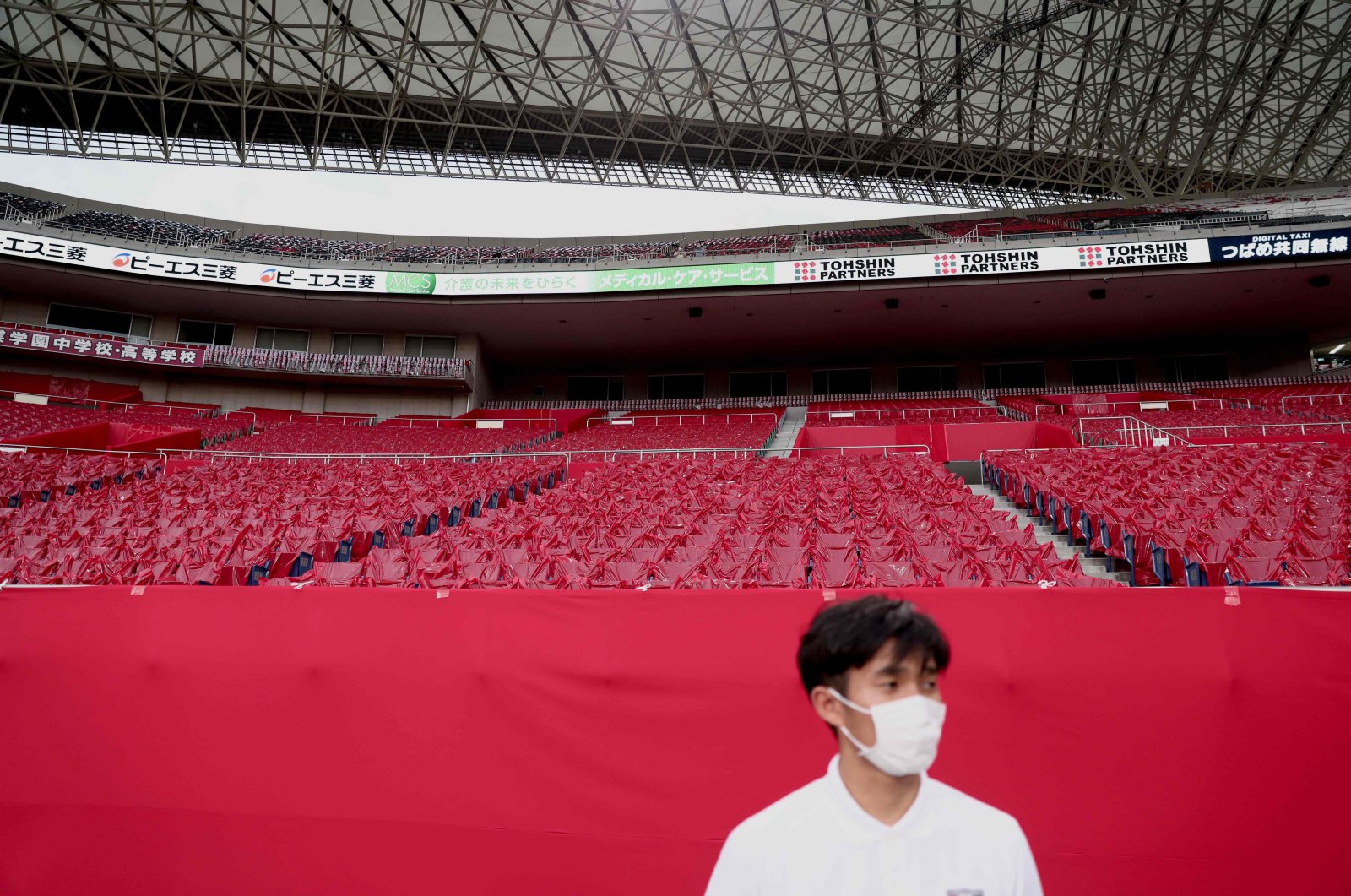 An employee wearing a face mask stands in front of empty seats before the start of the J-League football match between Urawa Reds and Yokohama F. Marinos in Saitama, Japan, July 4, 2020. (AP Photo)
by Agencies Jul 26, 2020 12:28 pm
RECOMMENDED

Japan's top-flight football league called off a match Sunday after two Nagoya Grampus players tested positive for the coronavirus, the first game shelved since the J-League resumed a month ago.

Sanfrecce Hiroshima's home match against Nagoya on Sunday evening was called off as Japan battles a surge of COVID-19 infections, particularly in cities such as Tokyo and Osaka, stoking public fears about a second wave.

Nagoya defender Kazuya Miyahara developed a fever and headache on Friday and tested positive for the virus.

The team tested 60 players and officials, with another player and a staff member testing positive despite showing no symptoms.

"We had a meeting in the morning and decided to cancel this game," J-League chairman Mitsuru Murai told local media.

"I think the way the team conducted itself was appropriate. But the fact that positive cases have been detected tells us that we need to continue to work on our infection prevention measures," Murai said.

Major sports such as football, baseball and sumo resumed competitions in front of a limited number of fans over the past few weeks under strict infection-prevention protocols.

Eight other first-division games on Sunday were expected to go ahead as scheduled.

The J-League returned to action behind closed doors in June and began allowing fans into stadiums earlier this month.

Japan reported 809 new cases on Saturday, compared with 99 cases detected a month ago and 27 cases found on May 26.