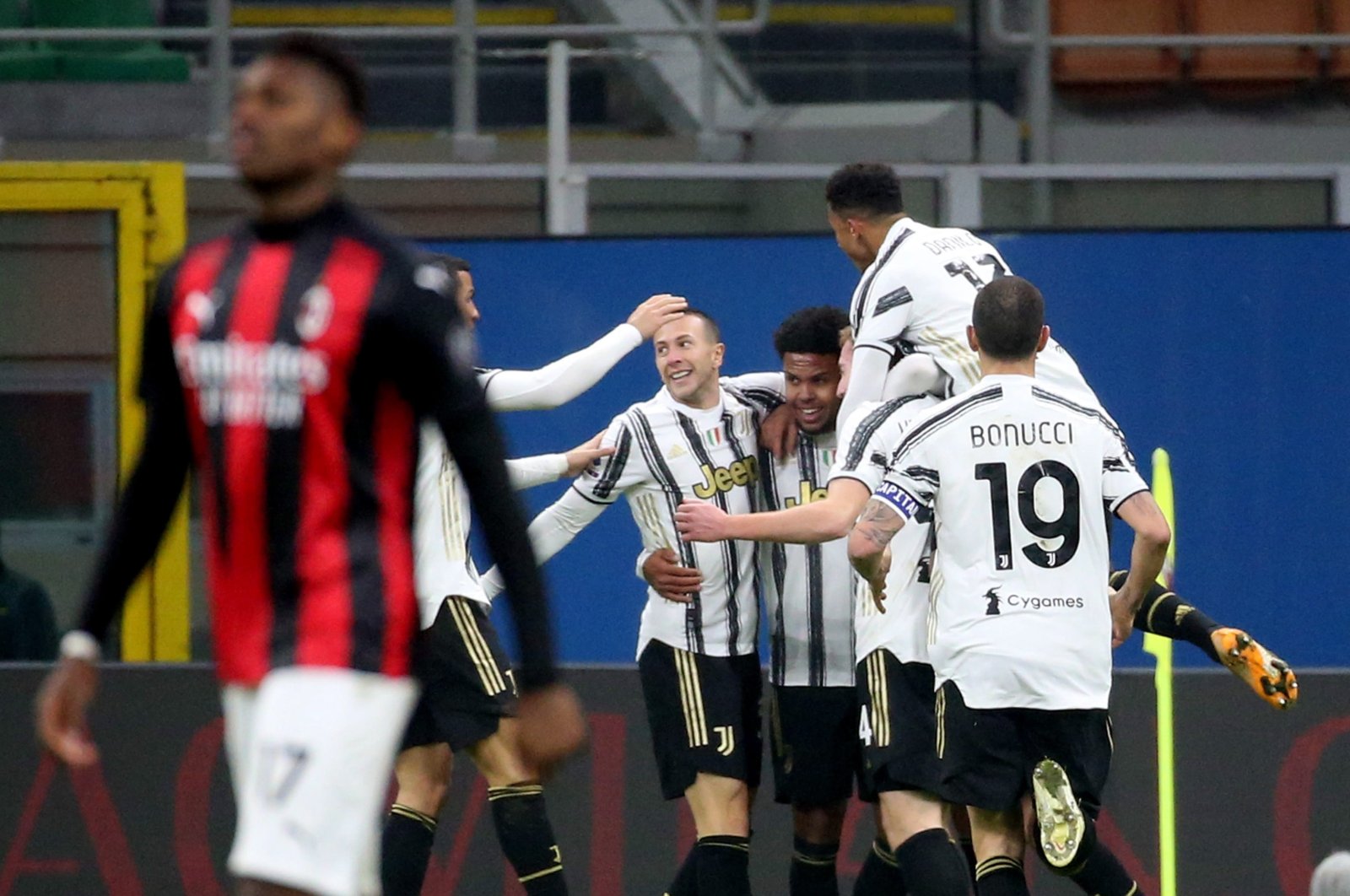 Federico Chiesa scored a brace as Juventus inflicted a first league defeat this season on Serie A leader AC Milan, ending its 27-match unbeaten run with a 3-1 win on Wednesday.

Stefano Pioli's side maintained its one-point advantage over city rivals Inter Milan, which missed a chance to go top with a 2-1 loss at Sampdoria.

Milan had been unbeaten since before the coronavirus lockdown last March, with a run of 12 matches without defeat to complete last season where it finished sixth and 15 games this campaign.

But Chiesa, who joined from Fiorentina last October, bagged his first brace for the Juventus, scoring on 18 and 62 minutes with Weston McKennie getting a third with a quarter of an hour to go.

"This defeat hurts," Pioli was quoted as saying by Agence France-Presse (AFP). "If there is an opponent against whom we have suffered it is Juventus, which has won the Scudetto for nine years in a row.

"But understanding how bad you feel after a defeat will also help us grow."

Milan, chasing its first Serie A title since 2011, had been hit hours before kick-off with the news that forward Ante Rebic and midfielder Rade Krunic had tested positive for COVID-19.

The absence of the pair was a blow for the side already without key players, including injured top scorer Zlatan Ibrahimovic for an eighth league game.

Juventus pair Alex Sandro and Juan Cuadrado were also out with coronavirus as the champion moved up to fourth, seven points behind Milan, but having played a game less.

"I saw the spirit of a team that wants to lead and win," Juventus coach Andrea Pirlo said, according to AFP. "This match was crucial for us."

Chiesa has come into his own for Pirlo's side who had been dependent on Cristiano Ronaldo's goals this campaign. Paulo Dybala provided the assists for both of Chiesa's goals.

Chiesa rattled the woodwork minutes before picking up a clever Dybala back-heel flick to finish off after 18 minutes.

Rafael Leao sent through for Davide Calabria to grab the equalizer four minutes before the break to keep Milan's hopes alive.

But Dybala again assisted Chiesa to rifle in the second before the pair were replaced by McKennie and Dejan Kulusevski.

Kulusevski provided the pullback for McKennie to seal the victory after 76 minutes.