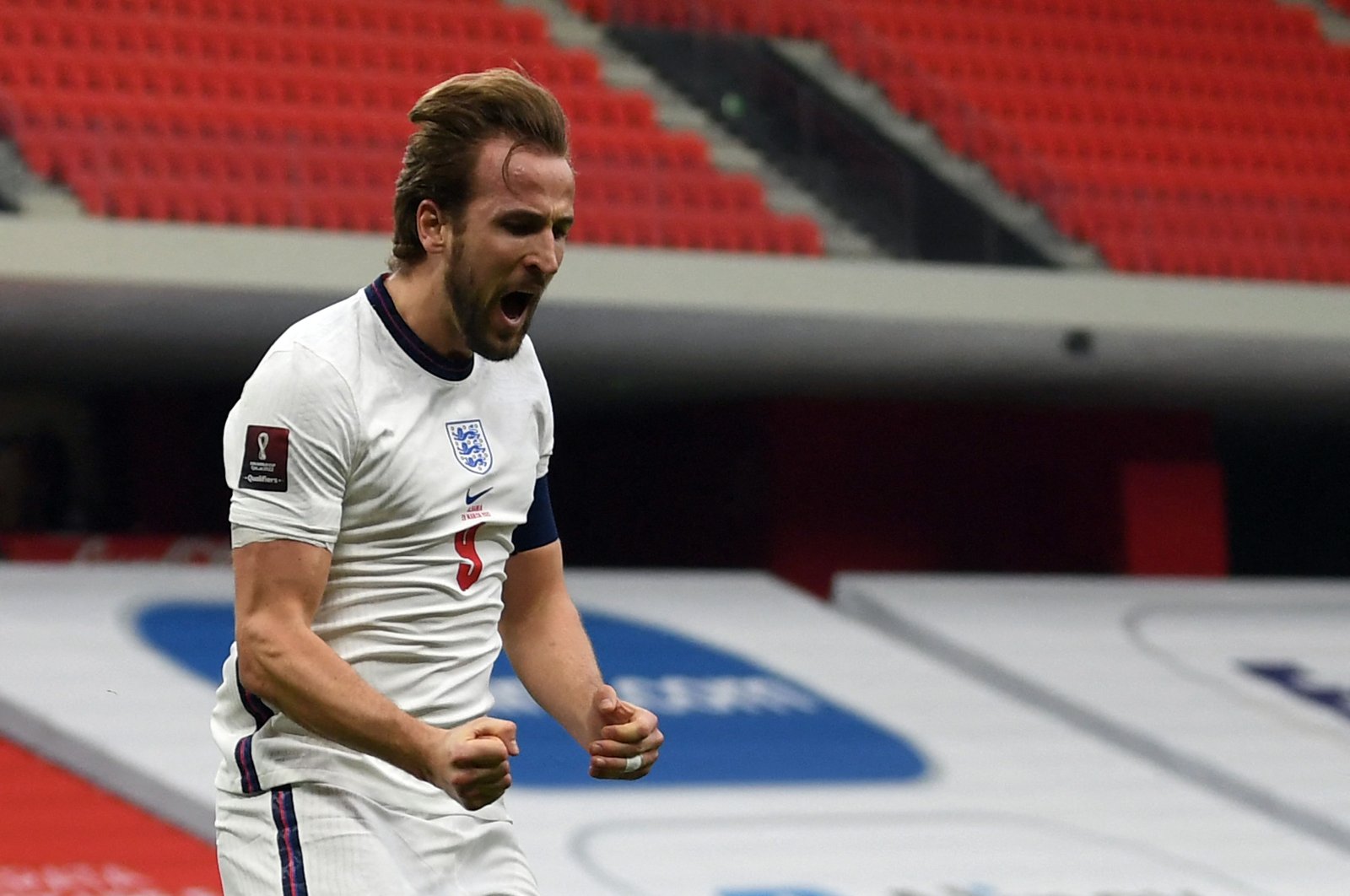 Gareth Southgate admitted on Sunday that England have room for improvement after Harry Kane ended his six-game goal drought to inspire a 2-0 win against Albania in Sunday's World Cup qualifier.

Southgate's side struggled to break down the well-organized underdogs until the Tottenham striker netted late in the first half in Tirana.

It was the England captain's first international goal since he scored against Kosovo 500 days ago in November 2019.

Back in the starting line-up after being rested for Thursday's 5-0 demolition of San Marino, Kane now has 33 goals in 52 England appearances, reported Agence France-Presse (AFP).

Kane also set up England's second for Mason Mount in the second period. "As a striker you go through spells where things don't go your way," Kane told British broadcaster ITV.

"You have to stay focused on doing your job for the team and we're grateful to get the three points."

Southgate was not entirely happy. "Pleased with the win but there are areas we can tighten up on," he said.

Dani Olmo's injury-time strike saved Spain in a 2-1 win against Georgia, while France also rebounded from an opening draw in World Cup qualifying by beating Kazakhstan.

Elsewhere, Denmark made a double statement as they protested the treatment of migrant workers in Qatar before putting eight goals past Moldova.

Spain, who had been held to an embarrassing home draw by Greece in their opening game in Group B, fell behind to a goal by Khvicha Kvaratskhelia just before half-time.

Ferran Torres of Manchester City levelled in the 56th minute with his fifth goal from just six starts.

"It was perhaps one of the games where I suffered the most, but, for the joy at the end, it was worth it," said Spain coach Luis Enrique.

"I'll sign to suffer if in the end we win but we saw the spectre of qualification getting very complicated."

There was a sizeable crowd inside Tbilisi's Boris Paichadze stadium. "They booted the ball around like a rabbits, the crowd gave their team an extra bit of courage," said Luis Enrique.

In Copenhagen, Denmark cemented their grip on first place in Group F by thrashing Moldova 8-0, with Kasper Dolberg and Mikkel Damsgaard both scoring twice.

The routine victory was preceded by the Danish team joining other European national sides in a growing movement protesting the treatment of migrant workers in Qatar, host of the 2022 World Cup.

Danish players wore jerseys with the slogan "Football supports CHANGE" as they lined up for a photograph before the game.

The Danish Football Union said the shirts would be put up for sale and the money given to migrant workers in the Gulf state.

Ousmane Dembele scored the opening goal as holders France won 2-0 in Kazakhstan to claim their first victory in Group D after drawing at home to Ukraine in their opener.

Sergei Maliy put through his own net for France's second goal before half-time but Kylian Mbappe had a second-half penalty saved after coming off the bench.

"We said beforehand that it was all about getting the job done and it's a positive result against a team who never gave up," Paul Pogba, who returned to the starting line-up, told broadcaster TF1.

France's coach Didier Deschamps made nine changes to his line-up following the Ukraine draw for the match in Nur-Sultan, more than 5,000 kilometers (3,106 miles) east of Paris in Central Asia.

Among the later matches on Sunday, Italy faced Bulgaria in Sofia in a match that ended 2-0 in favor of “La Nazionale,” while Sweden played a 3-0 victory in Kosovo and Germany fought for a 1-0 win against Romania in Bucharest.

Robert Lewandowski's Poland hosted Andorra and the incredibly prolific Bayern striker scored a double in the match that ended 3-0.