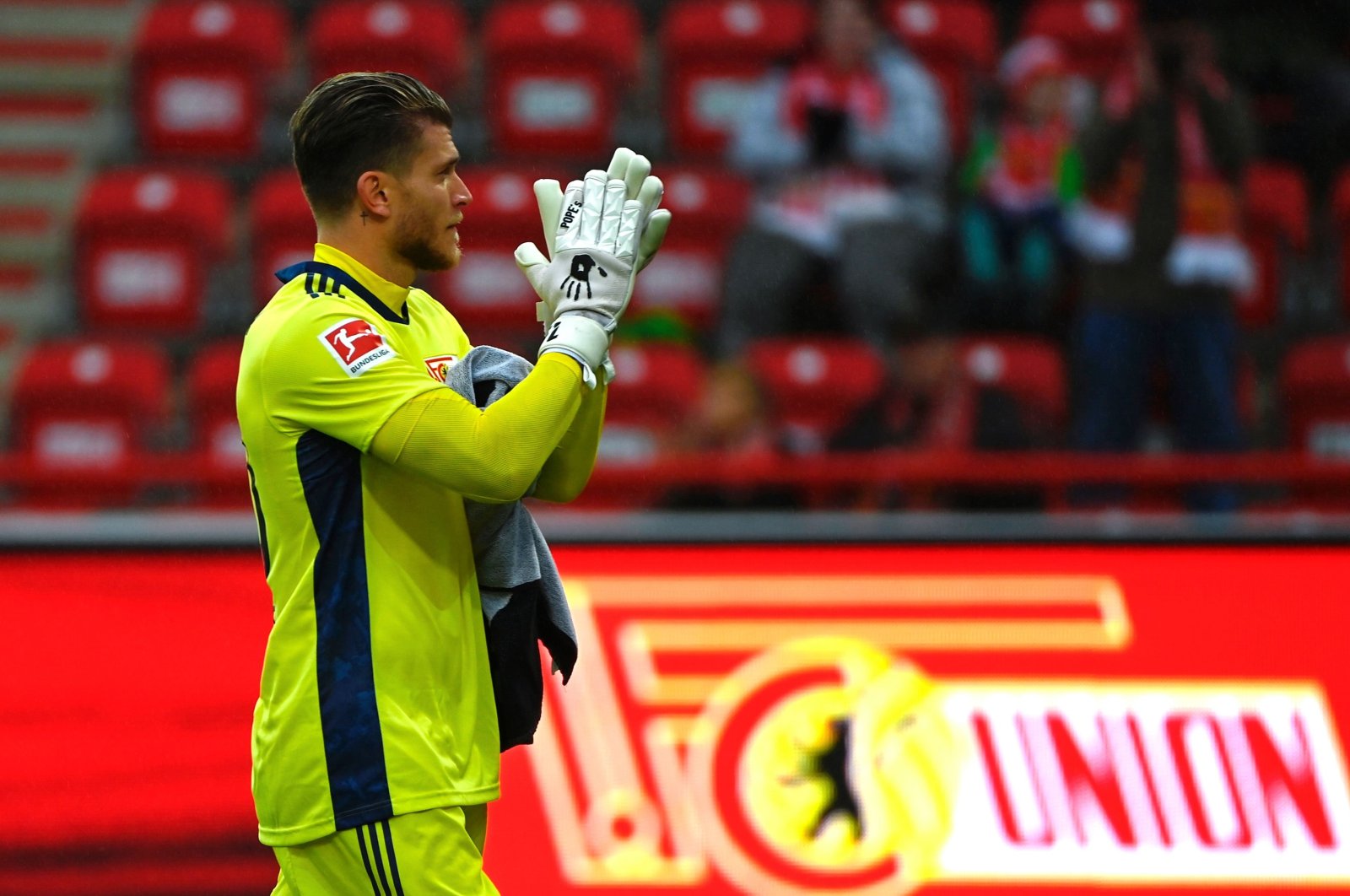 Few keepers get the chance to play in Champions League finals, even fewer make game-changing mistakes that cost their team a chance at the greatest prize in European club football. Loris Karius dropped two clangers as his Liverpool side succumbed 3-1 to Real Madrid in Kiev in 2018 but, arriving for a fresh start on loan to Union Berlin, has erased them from his mind. "I have long got over it," he said at his official introduction this week, an event that included several questions about that fateful evening in the Ukrainian capital. In that game, Karius had a quick throw blocked by Karim Benzema, who tapped into an open goal to open the scoring and fumbled a long shot from Gareth Bale into the net to kill the tie at 3-1. A negative image of Karius has remained with many fans even though it is unclear if an earlier thump to his head from Sergio Ramos had left him unfit to play. Regardless, Karius feels his previous "good performances in Germany have been forgotten a bit. I've now been away over four years."

Karius returns on the recommendation of Liverpool manager Jurgen Klopp, who defended Karius personally but quickly upgraded between the posts and shipped his former keeper out on loan to Beşiktaş then back to Germany. "He said it would be a good step," Karius said. At only 27 there is plenty of time left for the former Mainz goalie who wants to "excel and show again that I'm a really good keeper." An immediate return is likely on Saturday when Union visits Bundesliga bottom club Schalke. Karius has declared himself "ready" should he be handed the gloves ahead of current keeper Andreas Luthe, who was also recruited preseason after the departure of previous first choice Rafal Gikiewicz. Coach Urs Fischer, however, has not yet nominated a number one, and Karius hopes that he is eventually picked, saying: "I try to convince now every day."

With his last competitive game more than half a year ago, in the Istanbul derby with Galatasaray, Karius now sees a new perspective in Berlin that was missing when he returned to Liverpool. "The overall packet" was what brought him to Union, who survived their maiden Bundesliga season last term and now look to kick on. Karius' move to Berlin is also convenient for his private life, with girlfriend Sophia Thomalla, an actress and presenter, already living in the city and negating the need for a flat search – not that this played a role in his choice. "I have enough private life after my career," he said.