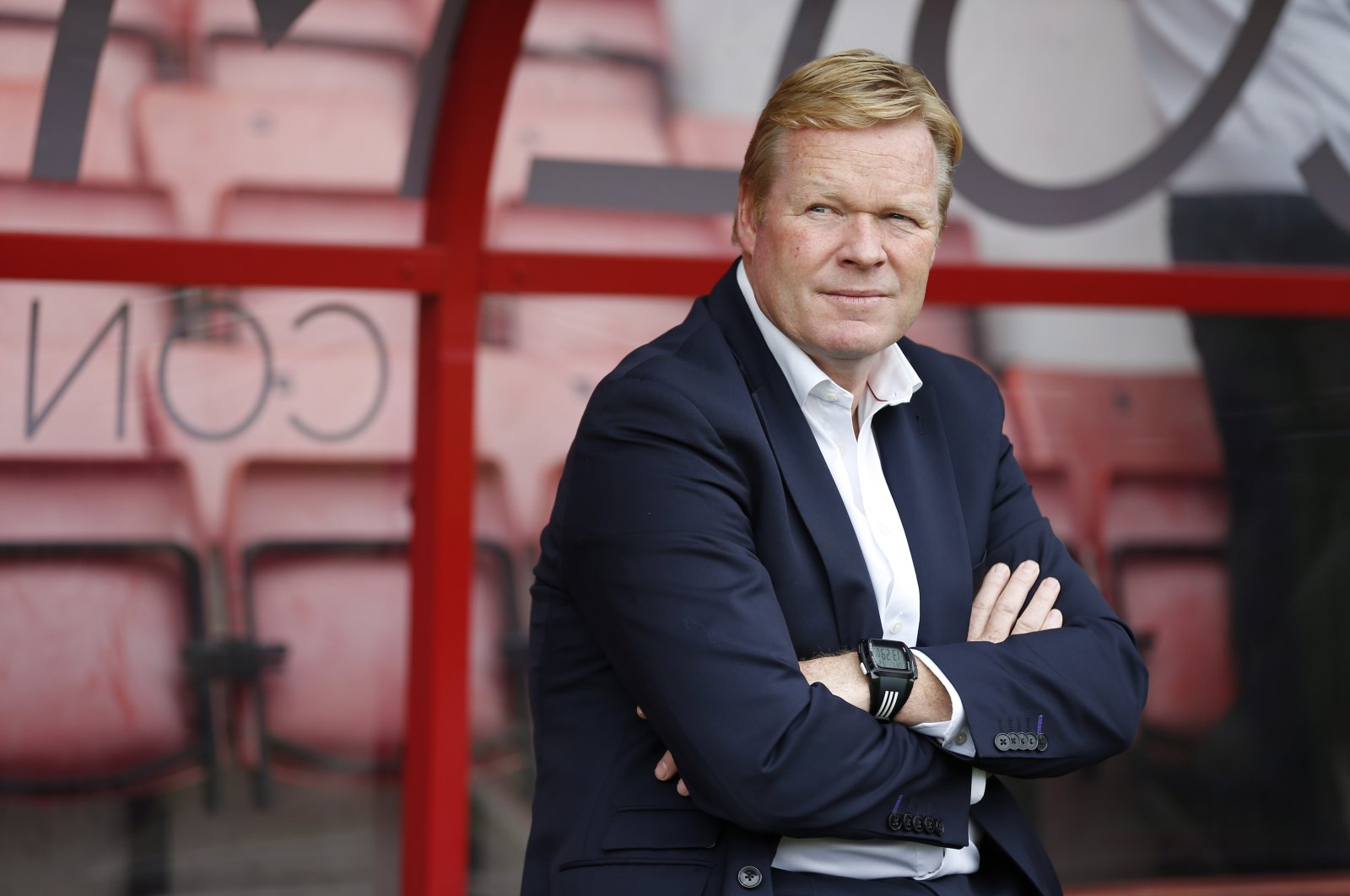 Bartomeu said in an interview with Barça TV that negotiations with the Dutchman are advanced but that a deal had yet to be signed.

“If nothing changes Koeman will be Barcelona's new coach,” he said.

The announcement comes four days after the team’s humiliating 8-2 loss to Bayern Munich in the Champions League quarterfinals.

“Koeman will be the coach that will help this club move forward with a new project,” Bartomeu said. “It's a coach that we know very well in Barcelona, not only as a player but also as a coach. He knows Barça and its way of understanding soccer.”

Bartomeu also said captain Lionel Messi was not about to leave the club and would be an integral part of the team under Koeman.

"Messi wants to end his career at Barca, he has said that many times. I've spoken to Koeman about him and he has told me Messi will be the pillar of his project," Bartomeu said.

"Messi has a contract with Barca until 2021. I speak to him and his father regularly and they know that we have a solid project, that a new coach is coming and that he will count on him."

As a player, Koeman helped Barcelona clinch its first European title by scoring an extra-time winner in a final nearly two decades ago, and now the former defender is set to return to try to lift the club from its current crisis.

He will be replacing Quique Setién, who was fired after Friday’s collapse against Bayern.

The 57-year-old Koeman had been in charge of the Dutch national team since 2018 and had a contract that would end after the 2022 World Cup.

Bartomeu said Barcelona was interested in signing Koeman in January but it wasn’t possible because of his commitment to the Netherlands. The president said Koeman was able to take the job now as there was more time left until the international competitions resume, allowing the Dutch federation to more easily replace him.

“It has always been a dream for him (to coach Barcelona),” Bartomeu said.

An imposing central defender, Koeman shone for Barcelona under coach Johan Cruyff in the early 1990s, leading the club to four straight Spanish league titles from 1991-94.

His powerful right-foot shot in the first half of extra time in a final against Sampdoria gave Barcelona its first European trophy in 1992.

Koeman was also a key player for the Netherlands, helping it win the 1988 European Championship. He also played for the Dutch national team in the 1990 and 1994 World Cups.

He became an assistant to coach Louis van Gaal at Barcelona shortly after retiring as a player. His first job as a head coach was with Vitesse in 2000, and he also worked with Ajax, Benfica, PSV Eindhoven and Valencia, among other clubs. Before taking over the Dutch squad, he coached Southampton and Everton in England.

He led the Netherlands to the Nations League Finals last year, a competition it lost in the final against Portugal and Cristiano Ronaldo.

He will find a Barcelona team coming off one of its most disappointing seasons ever, the first without a significant title since 2007-08.

The team lost the Spanish league title to Real Madrid despite returning from the pandemic break with the lead at the top of the standings. It was eliminated by Athletic Bilbao in the Copa del Rey’s quarterfinals.

Setién lasted only 25 matches at the helm, and Messi and his teammates more than once showed their discontentment with club directors.

Barcelona has announced “profound changes” to the first team and a “wide-ranging” restructuring of the club, with new presidential elections set for March next year.

The club on Tuesday also announced it reached an agreement with sports director Éric Abidal to end his contract. The former player had upset Lionel Messi earlier this year after criticizing the squad’s efforts amid a series of poor results. Bartomeu said Abidal asked to leave the club.