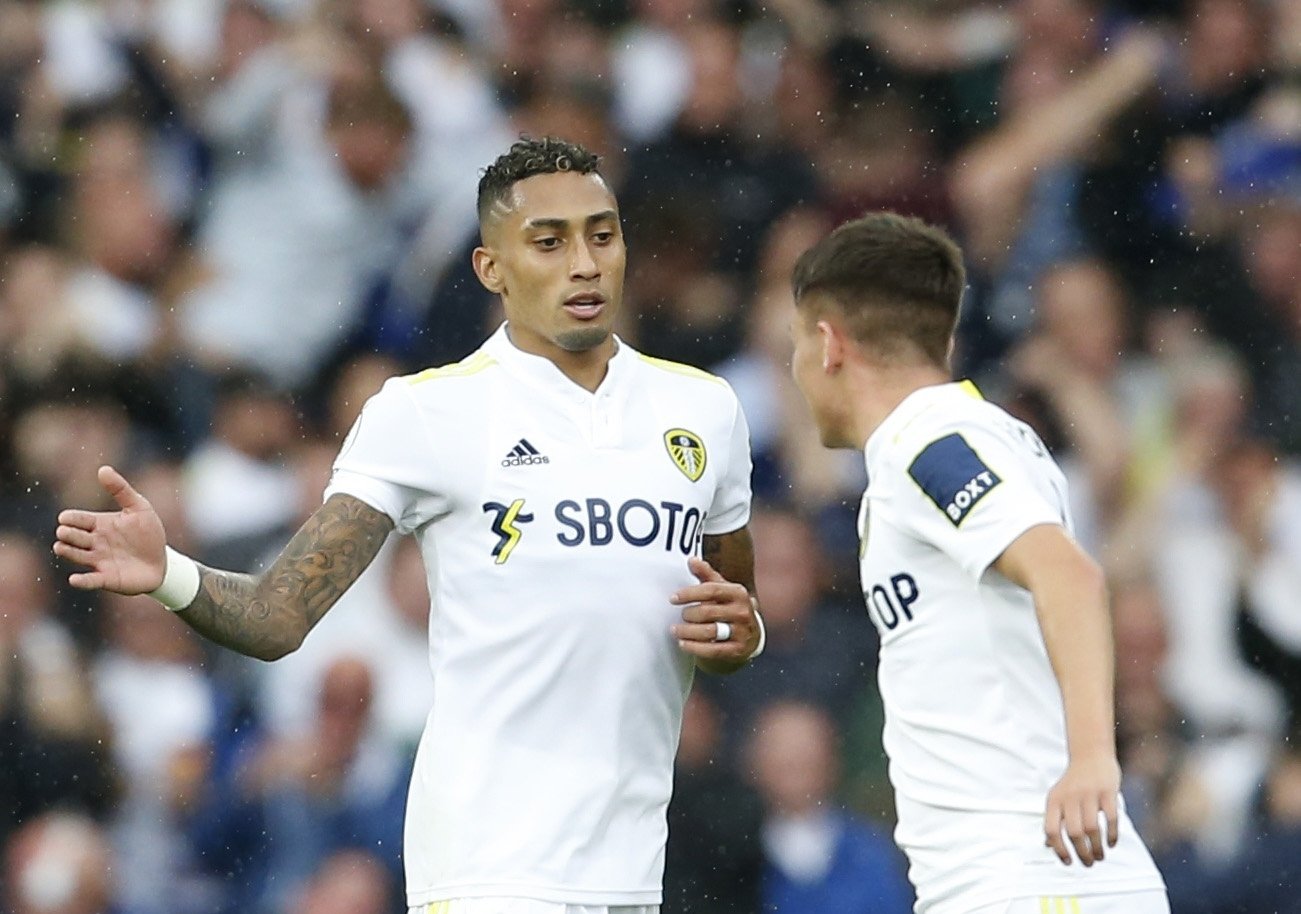 Coming off a humiliating 5-1 defeat to rivals Manchester United in the opening week of the English Premier League, Leeds United salvaged a home draw against Everton to earn their first point of the season thanks to Brazilian winger Raphinha's second-half equalizer.

Raphinha, who was called up to the Brazilian squad for the first time last week, lashed one past goalkeeper Jordan Pickford in the 72nd minute after Everton winger Demarai Gray thought he had sealed a second straight win for the visitors.

Gray, who joined Rafa Benitez's side from Bundesliga outfit Bayer Leverkusen in July, rifled the ball past goalkeeper Illan Meslier from a tight angle inside the box to make it 2-1 in the 50th minute of a physical contest.

Everton went up 1-0 against the run of play through Dominic Calvert-Lewin's 30th-minute penalty, following a Video Assistant Referee check after the on-field official did not spot Leeds skipper Liam Cooper's tug on the striker's shirt.

The goal silenced a raucous Elland Road, where a full house was attending a top-flight match for the first time in 17 years, but the home fans found their voices again as Mateusz Klich ran on to Patrick Bamford's fine pass to equalize before the break.

Everton, who won their opener 3-1 against Southampton at home, visit Brighton & Hove Albion in the league next Saturday while Marcelo Bielsa's Leeds could face a tricky challenge at winless Burnley a day later.