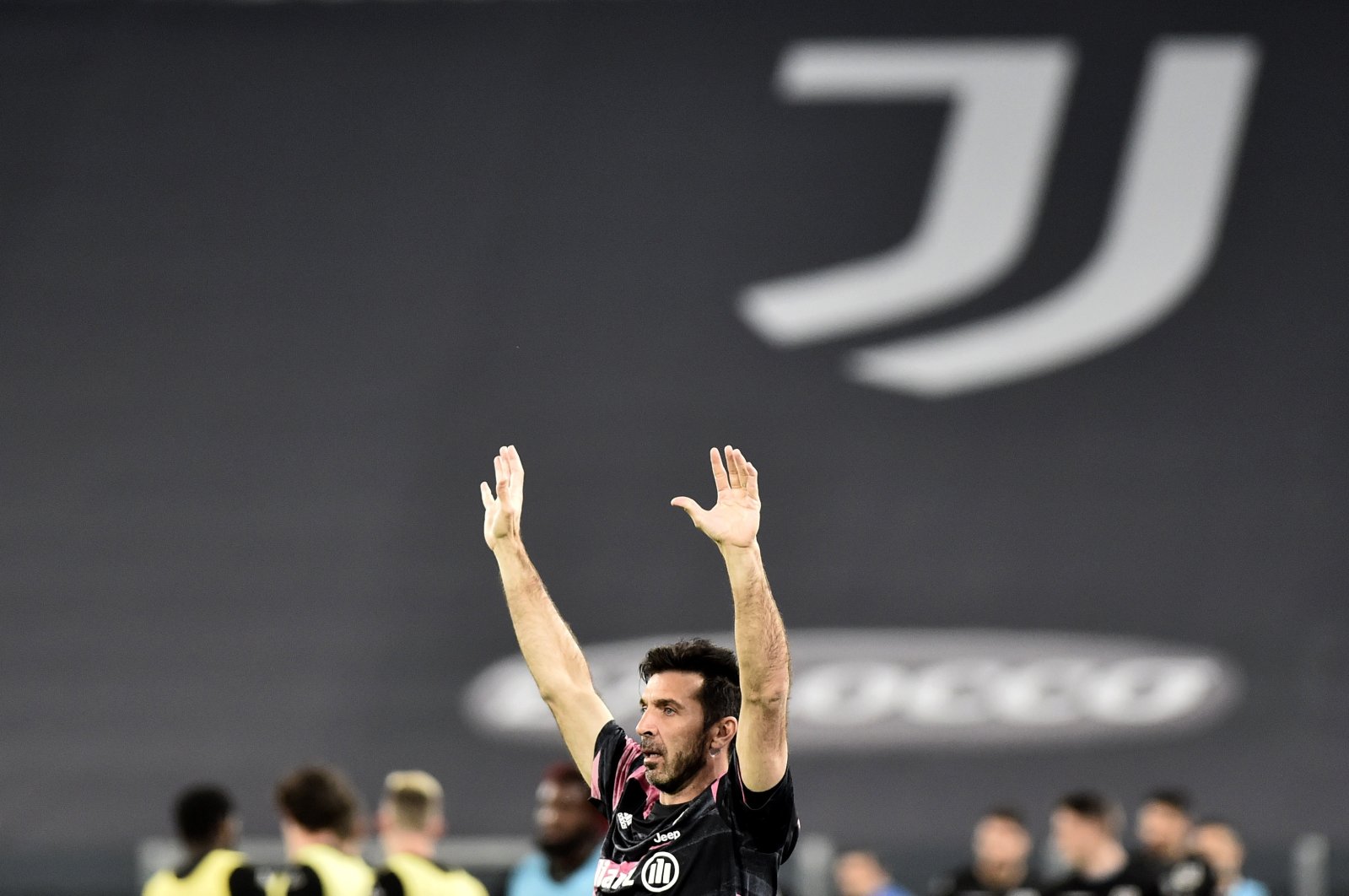 Juventus' Gianluigi Buffon warms up before the match against Spezia at the Allianz Stadium, Turin, Italy on Mar. 2, 2021 (Reuters Photo)
by Anadolu Agency
Mar 03, 2021 8:19 pm

Italian football's legendary goalkeeper Gianluigi Buffon said on Wednesday that he plans to retire by the end of the 2022-23 season.

"Look, in my head, there truly is a final stop sign, a maximum bar, which is June 2023," the 43-year-old told The Guardian newspaper.

"That is the maximum, really, really the maximum. But I could also stop playing in four months," said the goalie whose contract expires with Juventus in June.

France's Paris Saint-Germain signed Buffon for the 2018-19 season before he returned to Juventus.

He set the Italian league record with 654 appearances with Parma and Juventus, and helped Juventus win 10 league titles.

Buffon had 176 caps for the national team, winning the 2006 FIFA World Cup.