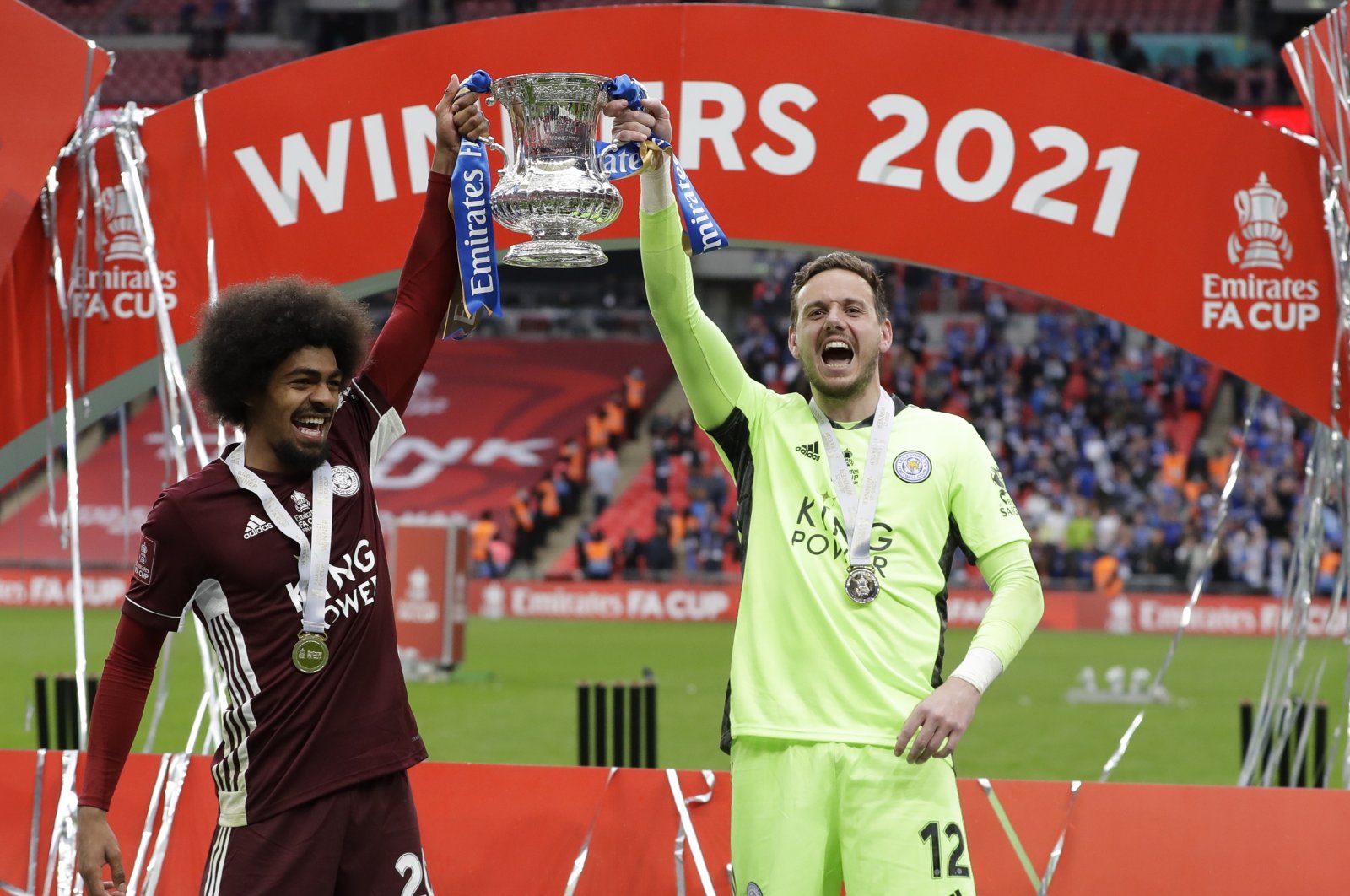 Choudhury, who is of Bangladeshi descent, and Fofana were seen holding a Palestinian flag.

Choudhury had the flag draped over his shoulders as he collected his winner's medal after beating Chelsea 1-0 in the final.

Tens of thousands of protesters marched in support of Palestinians on Saturday in major European cities including London, Berlin, Madrid and Paris, as the worst Israeli violence in years hit Gaza.

Meanwhile, a social media post from Arsenal midfielder Mohamed Elneny also showing his support for the Palestinian people has been hit by a backlash from Jewish fans.

The Egyptian posted on his Twitter account: "My heart and my soul and my support for you Palestine."

my heart and my soul and my support for you Palestine pic.twitter.com/ywrpPk5Xmf

Arsenal confirmed to Sky Sports that it has spoken with Elneny after concerns about the post were raised from one of the club's sponsors, coffee maker Lavazza.

"As with any employees of Arsenal, our players are entitled to express their views on their own platforms," the club told Sky Sports News.

"That said we have spoken to Mo about this so he understands the wider implications of his post.

"As a club, we are committed to confronting and eliminating all forms of discrimination and continue to champion the need for equality and diversity across all areas of life."