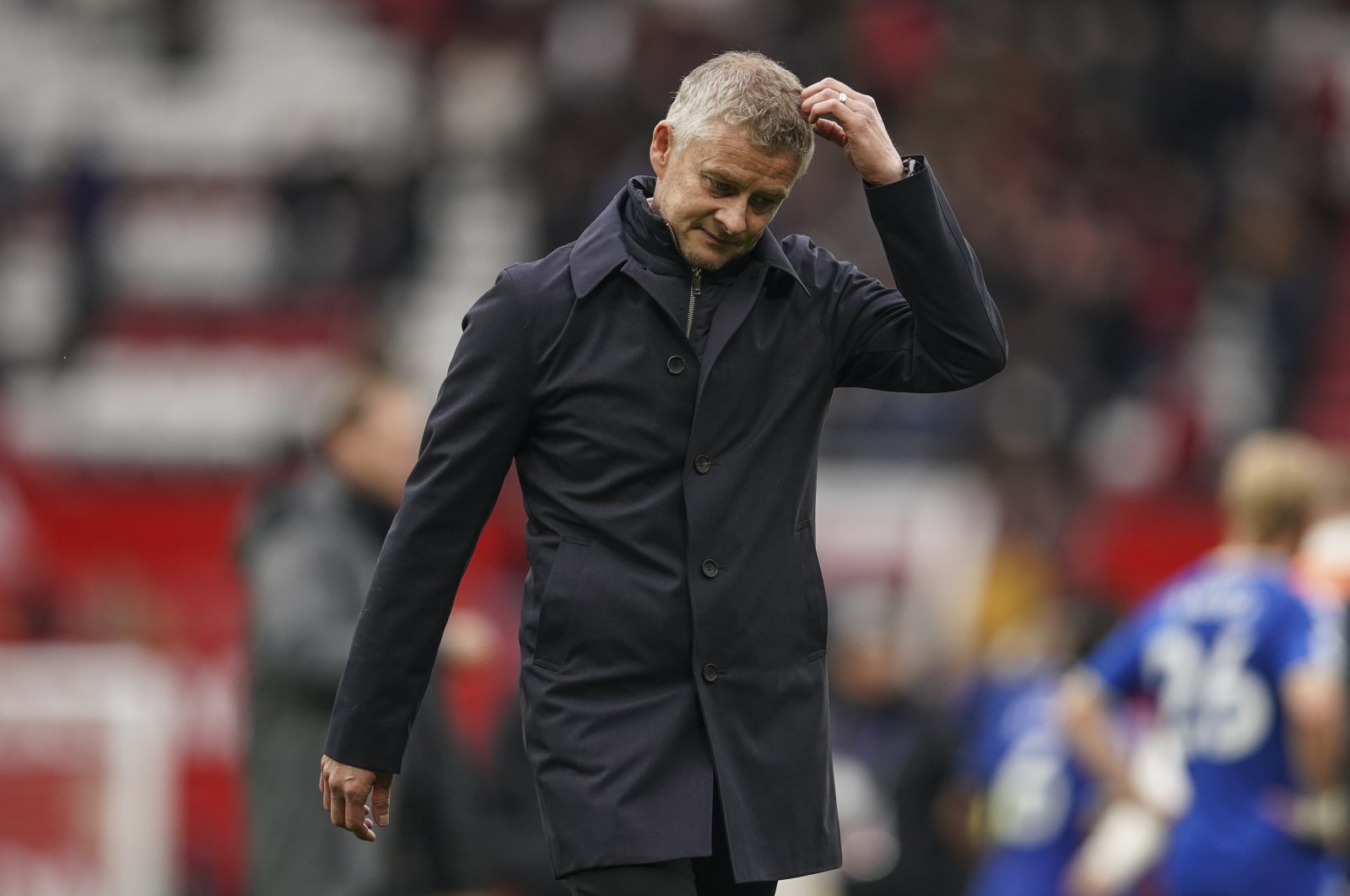 Solskjaer will face renewed scrutiny after United's collapse at the King Power Stadium left them without a win in their last three Premier League games.

"The whole performance was not good enough with and without the ball," Solskjaer said.

The United manager saw Mason Greenwood open the scoring early on, only for Leicester's Youri Tielemans to equalize before half-time.

Caglar Soyuncu put Leicester in front in the closing stages before Marcus Rashford marked his first appearance this season after shoulder surgery with United's leveler.

In a dramatic denouement, Leicester ended United's English league record 29-game unbeaten run away from home with goals from Jamie Vardy and Patson Daka in the last seven minutes.

It was a bitter blow for Solskjaer, who had already endured criticism after United was beaten by Aston Villa and held by Everton in their final games before the recent international break.

While Solskjaer may not be in immediate danger of the sack, the Norwegian must emerge with some notable victories from a testing period featuring matches against Liverpool, Tottenham, Manchester City and Atalanta twice in the Champions League.

"Every time you lose, the pressure builds of course, but we are used to living with that pressure," Solskjaer said.

"We are Man Utd. We've got to bounce back. Something may have to change. Do we need more legs in there? What do we need? It is one that we have to really analyze."

Cristiano Ronaldo started after Solskjaer controversially left him on the bench for the first 57 minutes against Everton, but the Portugal star was held in check.

Spluttering United has won only one of their last five games in all competitions.

"We have had too many games where we have lost points so we need to look at the whole set up and balance of the team and maybe something has to give," added the United boss.

"Every point in the Premier League you have to fight for. You have to tackle, block and win headers and in key moments today we didn't do that enough."

Adding to United's woes, the club were forced to defend their decision to fly the 100-mile journey to Leicester.

Claiming their travel plans changed due to "circumstances" amid reports of motorway traffic congestion, United was accused of disregarding climate change issues.

United played as though they were hampered by the jet-lag associated with much longer flights throughout a wretched display.

Greenwood put United ahead in the 19th minute when he cut in from the right and played a one-two with a Bruno Fernandes before smashing an unstoppable 20-yard strike into the top corner.

It was the 20-year-old's first goal since August and his fourth of the season.

Ronaldo's strike was fisted away by Kasper Schmeichel, but Leicester were level in the 31st minute as Tielemans matched Greenwood's moment of magic.

Harry Maguire, rusty on his return from a two-match calf injury lay-off, sloppily surrendered possession to Kelechi Iheanacho as he tried to play out from the back.

Iheanacho found Tielemans and the Belgium midfielder clipped a sublime lofted finish over David De Gea for his second goal this season.

Leicester's pressure paid off again in the 78th minute.

Daka's shot was saved by De Gea and when the ball deflected off Ayoze Perez, Soyuncu was on hand to fire home from close-range.

Solskjaer must have felt a wave of relief when Rashford ran onto Victor Lindelof's ball over the top and smashed past Schmeichel in the 82nd minute.

But, less than 60 seconds later, Solskjaer's face was ashen again as Perez's pass found Vardy and the striker slotted into the corner with the outside of his boot.

Zambian striker Daka added to Solskjaer's misery in stoppage-time when he tapped in Tielemans' free-kick for his first Leicester goal.