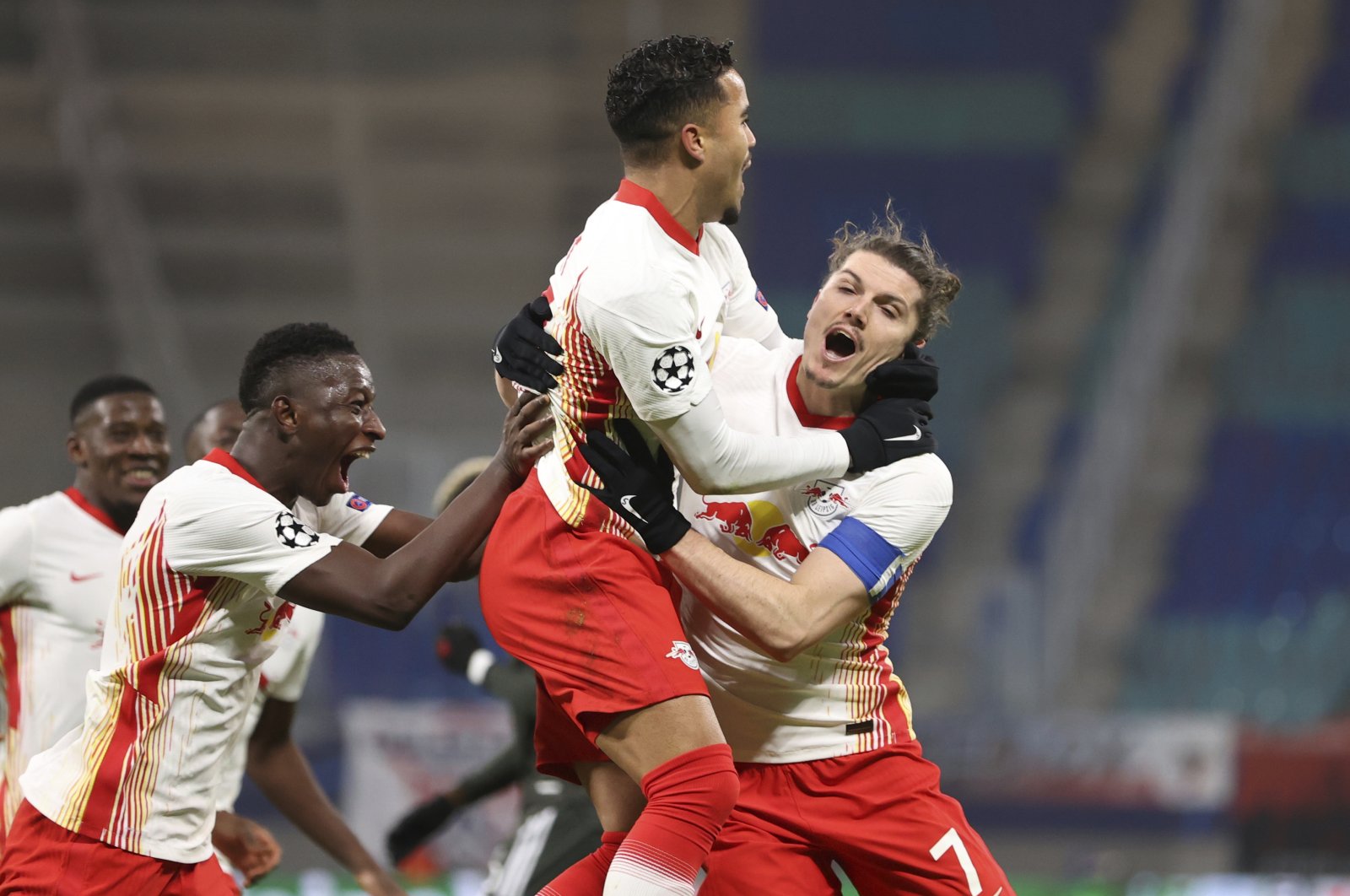 Manchester United crashed out of the Champions League on Tuesday with a 3-2 defeat at RB Leipzig, which resisted a late fightback to reach the last 16.

Leipzig was 3-0 up midway through the second half thanks to goals by Manchester City loanee Angelino, Amadou Haidara and Justin Kluivert at the Red Bull Arena.

United pulled back goals in the final ten minutes as Bruno Fernandes converted a penalty and replacement Paul Pogba scored with a deflected header, but Leipzig held on.

Leipzig's victory avenged the 5-0 drubbing by United at Old Trafford in October.

United manager Ole Gunnar Solskjaer made five changes from the side which won 3-1 at West Ham at the weekend, including Luke Shaw at left-back for his 150th appearance after recovering from a hamstring injury.

Pogba, whose agent has said the midfielder is "unhappy" at Old Trafford, started on the bench, but his late header gave United hope in Germany.

The hosts took the lead with just two minutes gone as Marcel Sabitzer's cross-field pass was met by left-back Angelino and his left-foot strike flew past David de Gea.

The United goalkeeper was beaten again on 13 minutes when Haidara finished a move he started by volleying home.

It could have been 3-0 moments later when Emil Forsberg fired wide from close range with the goal at his mercy.

A speculative Mason Greenwood header and a half-chance by Marcus Rushford were all United produced in the opening half hour.

Leipzig had a goal disallowed when Ibrahima Konate headed onto the post and Willi Orban tapped home only to ruled offside by VAR.

United tightened its defence in the second half with Donny van de Beek replacing left winger Alex Telles, while Pogba came on for the final half hour.

United threatened as Fernandes fired wide and then hit the post, just before more poor defending allowed the hosts to grab their third goal.

Leipzig coach Julian Nagelsmann boosted his attack by bringing on forwards Yussuf Poulsen and Kluivert, who snapped up a Sabitzer cross and chipped De Gea with 69 minutes gone.

There was drama in the closing stages after Konate brought Greenwood down and Fernandes converted the penalty on 80 minutes.

Pogba then met a Fernandes deep corner unmarked at the far post and his header deflected off Konate to make it 3-2 on 82 minutes, but Leipzig held on in the tense closing exchanges.