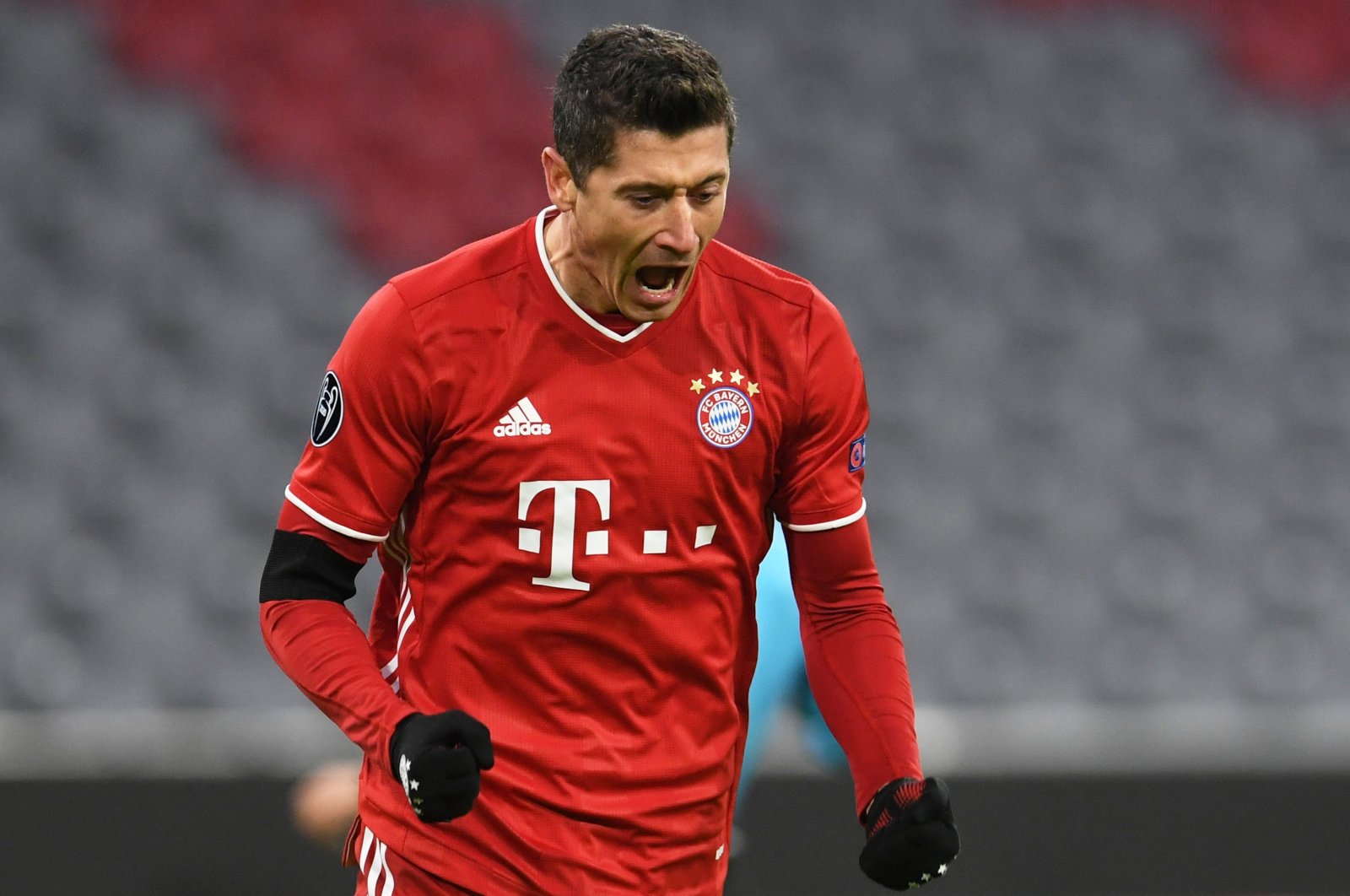 Another sparkling performance against his favorite opponents Wolfsburg would only confirm that Bayern Munich striker Robert Lewandowski deserves to be named best player by FIFA on Thursday.

The vote may long be closed but Lewandowski enters the Bundesliga match on Wednesday night with 21 goals in 19 games against Wolfsburg, including a remarkable five-goal frenzy within nine minutes against them in 2015.

But it is more that should separate him from the other two players revealed in the final shortlist by the ruling body FIFA, Barcelona talisman Lionel Messi and Juventus' Cristiano Ronaldo.

Lewandowski was the top scorer in the Bundesliga, the German Cup and the Champions League as Bayern won the treble, followed up by the German and European Super Cup trophies.

The 32-year-old has scored 41 goals in 2020 alone, set up a dozen more and tops the Bundesliga scoresheet again with 13 goals.

"It would be nice if he could follow up with the odd goal or two (against Wolfsburg)," coach Hansi Flick said Tuesday.

"Being named the world's best on Thursday would definitely be a dream-come-true for him. Nobody deserves it more than him this year. We would all like to see him win the vote."

Munich chairperson Karl-Heinz Rummenigge has also said that "Robert would deserve it this year."

Lewandowski calls awards "the reward for the hard work we have invested" and agreed that "we could experience a fantastic sporting year with Bayern."

From a purely sporting standpoint, Lewandowski should be untouched over his two rivals.

But the two have shared the last 12 Best Player awards between themselves with Brazilian Kaka the other last winner back in 2007.

Messi and Ronaldo are the most famous footballers on the planet against who Lewandowski pales despite his huge success, with not even the likes of Brazil's Neymar able to dethrone them.

That could at least influence the vote of the fans, and possibly of national team coaches and captains from parts of the world that may not be as familiar as others with European and German football.

After all, the best player of the year is elected with 25% of the votes each coming from coaches, captains, journalists and fans.

Munich President Herbert Hainer insisted that "Robert Lewandowski stands for goals and spectacle – for what the fans love about this sport" but even the super-fit Lewandowski has lacked some glamour lately.

The grueling heavy schedule is taking its toll, Flick is resting him here and there, and in October Lewandowski even asked to be substituted, which would have been unheard of before.

These breaks could help him prolong his career beyond his current Bayern contract until 2023, when he will be 35, and being named World Footballer would make him only more determined.

"I don't feel like 32. I feel better than with 26. The current contract is not my last. I want to play for a longer time," he told Kickersports magazine in August.