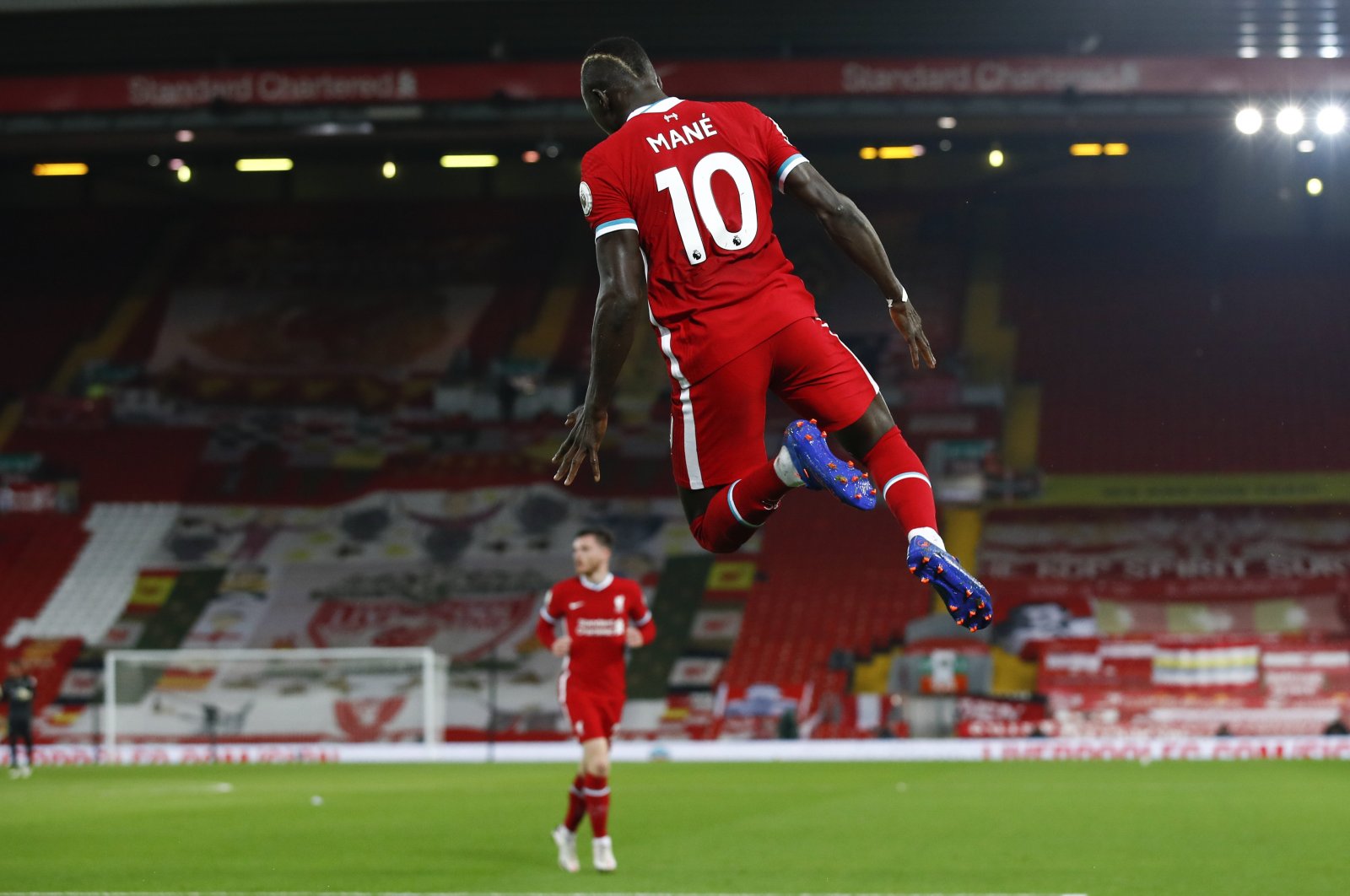 Liverpool is making an ominous start to its title defense in the English Premier League.

The champion's high-risk, high-reward strategy paid off in its come-from-behind 3-1 win over Arsenal Monday in an open game featuring a late clinching goal by Diogo Jota in his first league start for Liverpool.

“This was absolutely exceptional, 100% dominant against a team in form," Liverpool manager Jurgen Klopp said.

Liverpool gave up some glaring chances inside an empty Anfield by deploying an aggressive press and a high line – Alexandre Lacazette, who put Arsenal ahead, squandered two one-on-one opportunities at 2-1 – but the brave tactic forced many openings of its own.

“Of course there’s some risk,” Klopp said. “But we want to win the ball as high as possible. Not frustrated, not disappointed at all.”

He will be pleased the way the nascent standings look, too.

Liverpool is one of three teams to have opened with three straight wins, including over Chelsea and now Arsenal. With two of its other main rivals – Manchester City and Manchester United – having already lost a game each, the start to the season could hardly have gone better for Liverpool.

Arsenal dropped points for the first time but was threatening to beat Liverpool for a third straight month – after wins in the league in July and the Community Shield in August – when Lacazette took advantage of a rare mistake by Andrew Robertson to give the visitors a 25th-minute lead.

Sadio Mane equalized inside three minutes before Robertson made amends by scoring himself after controlling a cross from Liverpool's other flying full-back, Trent Alexander-Arnold.

That wild nine-minute period, featuring three goals, characterized a high-risk game plan from Liverpool that causes chaos for its opponents because of the way they are squeezed high up.

Break the press and Liverpool is in trouble, though, and Lacazette was played through clean on goal in the second half for chances to equalize. Both of his efforts were tame and comfortably saved by Alisson, and Lacazette was spotted hiding his head in his jersey in the dugout after being substituted.

Jota sealed victory in the 88th by driving in a shot that glanced the post as it went in, after David Luiz's headed clearance only reached the edge of the area.

"It's an amazing feeling, of course," said Jota, who recently joined from Wolverhampton for 41 million pounds ($52 million). “I just wish it was in front of a full stadium.”

Arsenal manager Mikel Arteta admitted his side still has a long way to go before they can match Liverpool.

"We are on a different journey to Liverpool. They've been together for five years and they weren't able to do what they've done tonight two or three years ago, that's for sure," he said.

Arteta has enjoyed some success since his appointment last season with Arsenal winning the FA Cup, but Monday's defeat showed the gulf in class between the sides.

"They have a lot of good work, a lot of belief in the way they play, great recruitment and they've improved the players that they have. This is what we have to try to do," Arteta said.

"They set the bar and they're probably the best standard that the Premier League has seen in many years. This is where we have to get and obviously we're still a long way from getting there," he said.

Arsenal and Liverpool meet for the second time in a week in the League Cup Thursday.