Liverpool runs away with title as Watford drops after 4 managers 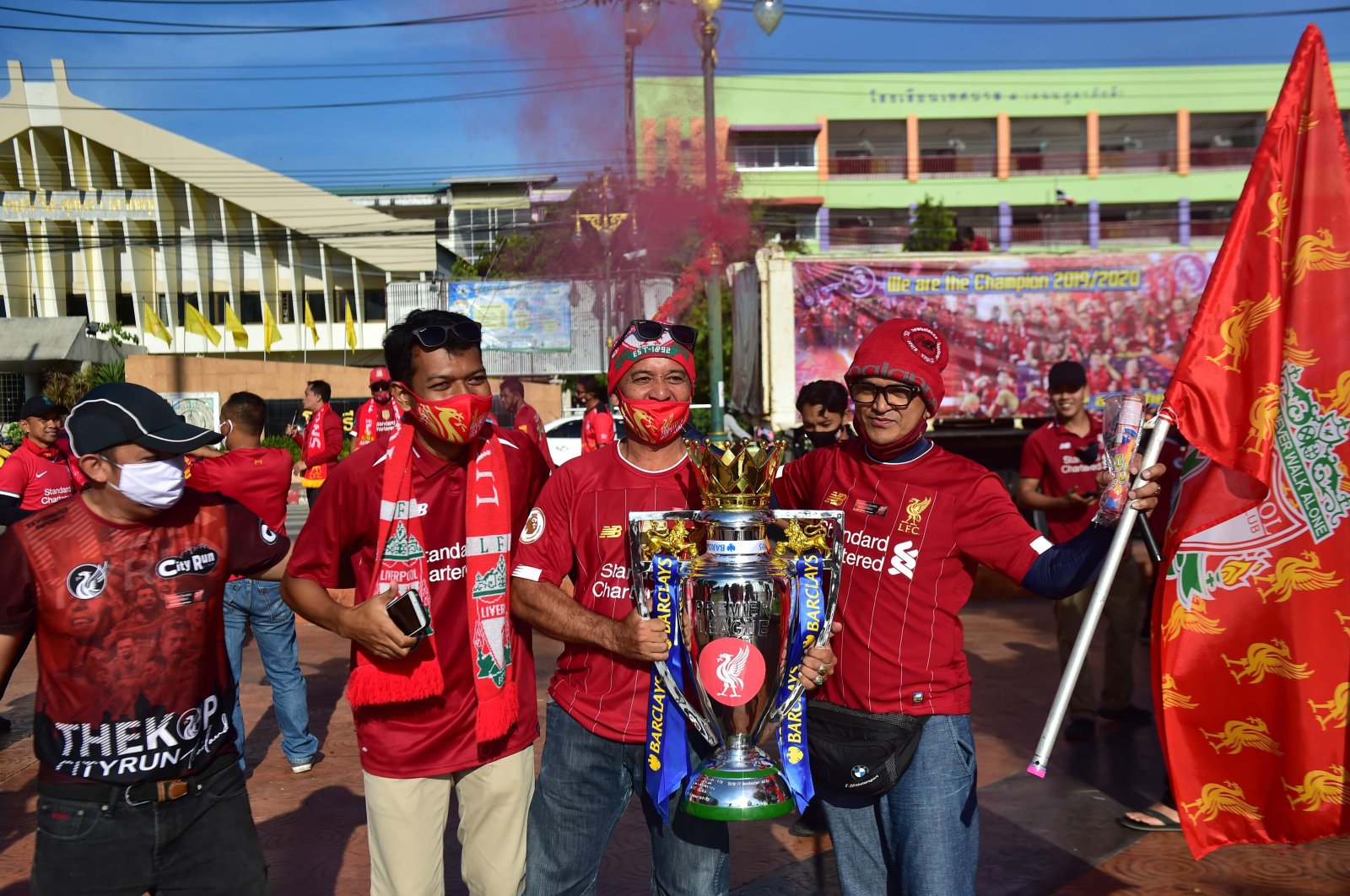 Thai fans of Liverpool Football Club celebrate the English Premier League win with a replica trophy cup as they gather for a parade in the southern Thai province of Narathiwat on July 27, 2020. (AFP Photo)
by German Press Agency - DPA Jul 27, 2020 1:24 pm

Endless drama and debate marked the 2019-20 Premier League, which eventually crossed its finish line on Sunday after a long 11-month season.

Despite being disrupted by a coronavirus-enforced suspension for 100 days from March, Liverpool completed a record-breaking campaign to win the club's first league trophy in 30 years on June 25 when Chelsea beat last year's champions Manchester City 2-1.

This season also saw the introduction of the video assistant referee (VAR), where many goals and penalty decisions were argued. Five clubs changed their manager with Watford, who were relegated on the final day, making three changes throughout the season.

Jurgen Klopp's Liverpool claimed the Premier League with seven games to spare, the earliest that the title has ever been won, having sat at the top from the second match week as they left a string of records in their wake.

Liverpool collected 79 points in 27 games, which is the best ever start in Europe's top five leagues before finishing with a club record 32 wins and 99 points for a campaign.

"A couple of years ago I said we wanted to write our own stories and create our own history," said Klopp, who was appointed Liverpool boss in 2015.

"It is so special. The numbers are incredible. It's just a really nice story which the boys wrote over the years, but it's not finished yet. We decide when it is finished."

Meanwhile, Manchester United successfully closed an eight-point gap to finish third and qualify for the Champions League along with Chelsea in fourth.

Leicester City qualified for the Europa League in fifth with striker Jamie Vardy being awarded the Golden Boot as the league's top scorer with 23 goals. The Champions League looked likely before the Foxes fell away after the resumption when fans were not allowed at games.

A number of goals were ruled out by VAR in its first season for marginal offsides by as much as an elbow or heel of the boot. Penalty claims via VAR averaged around 45 seconds for a completed decision.

When the Premier League admitted making wrong decisions in three games on July 9, Tottenham Hotspur boss Jose Mourinho said he believes the system is in need of reform.

"I think the referee should always be the man on the pitch and the people in the office should just support and assist."

Mourinho was one of seven managerial changes when he replaced Mauricio Pochettino in November to help the Spurs rise from 14th to a Europa League qualification slot in sixth.

Mikel Arteta was less successful in the league with Arsenal when he replaced the current Villarreal boss Unai Emery.

Arsenal finished with their worst points total for 25 years, but he could still win his first trophy as a manager in next weekend's FA Cup final with Chelsea.

"We weren't good enough to be with the top teams. That's not a lie, and it shows the big room for improvement," said Arteta.

Pearson started well with a four-game winning streak, but he departed with two games left.

Pearson's former team, temporarily looked after by Hayden Mullins, were relegated with a 4-0 hammering against Manchester City and a 3-2 defeat at Arsenal.

There was heartbreak for Bournemouth as their five-year run in the Premier League came to an end.

Eddie Howe's Cherries were joined by bottom club Norwich in next season's championship.

Bournemouth won 3-1 at Everton on the final day, but Aston Villa survived by one point after a 1-1 draw at West Ham.

"We always believed we were capable of a last-minute escape. We had the scores on the scoreboard here so it was teased in our face, but that's the best we've played in a long, long time.

"Collectively over the piece we haven't been good enough; the table doesn't lie."