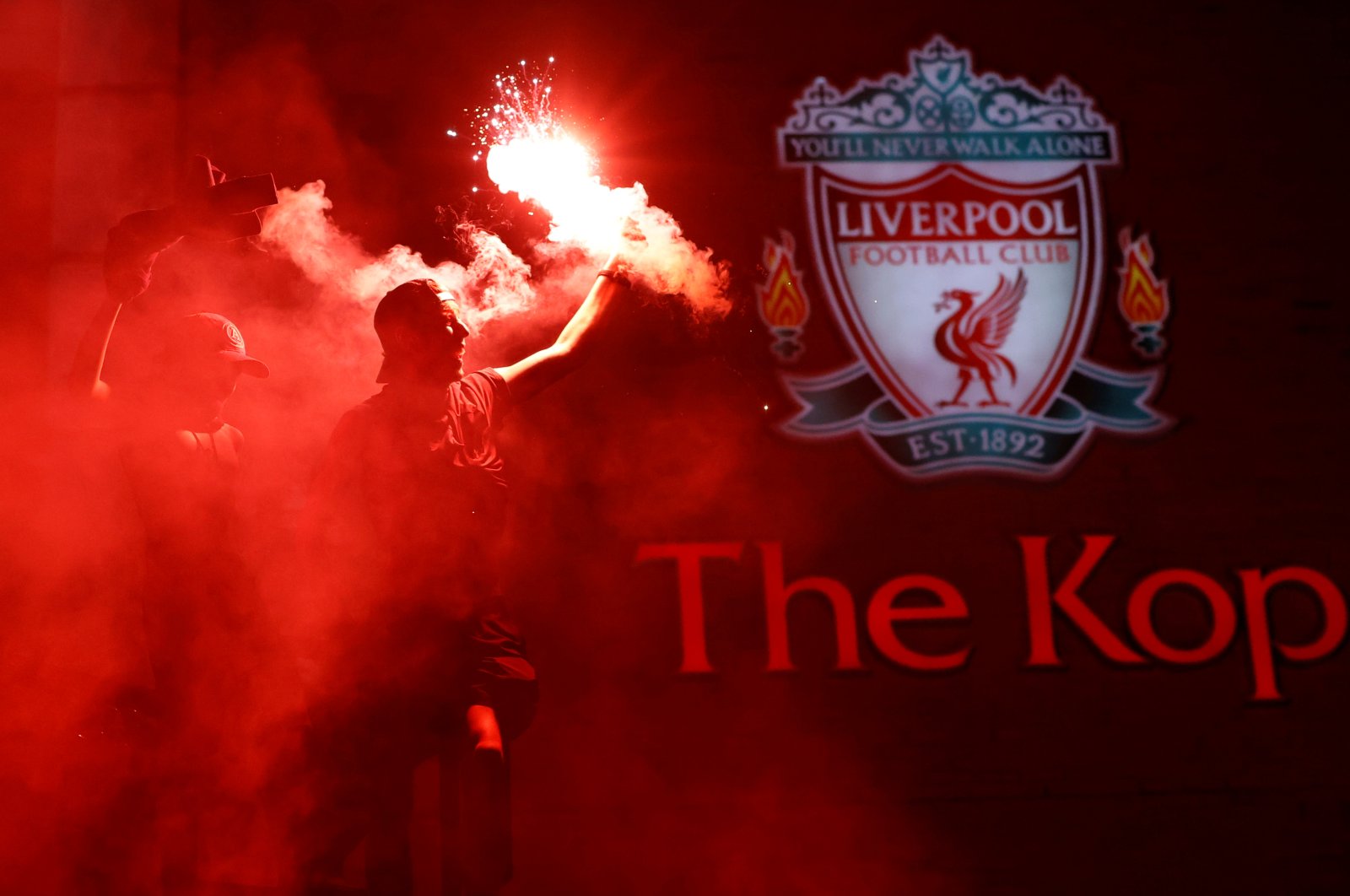 Liverpool's first English title since 1990 – further delayed by the coronavirus shutdown – earns the club its maiden trophy in the Premier League, which was introduced in 1992 and has been won 13 times by their archrivals Manchester United. The last time Liverpool won the league it was still called the First Division and the club held the English record for most titles with 18. But the inception of the Premier League in 1992 transformed the landscape of the English game.

Klopp was in tears after Liverpool's long-awaited win, which follows its Champions League and Club World Cup victories last year when it finished just a point behind City in the Premier League.

"It's such a big moment, I am completely overwhelmed," an emotional Klopp told Sky Sports. "Tonight it is for you out there.

"It's incredible. I hope you stay at home, or go in front of your house if you want, but not more. We do it together in this moment and it is a joy to do it for you."

However, thousands of fans, many in face masks, converged on Anfield, lighting flares, chanting and celebrating with a replica trophy, while motorists drove up and beeped their horns.

Congratulations poured in from around the world with basketball star LeBron James, actor Samuel L. Jackson and former No. 1 tennis player Caroline Wozniacki among those paying tribute.

'I'm hoping there is more'

Liverpool, who was tantalizingly close to glory when the coronavirus forced the suspension of English football in March, demolished Crystal Palace 4-0 at its home ground of Anfield on Wednesday to stand on the brink of the title.

City needed to win at Stamford Bridge to keep its Premier League hopes alive but slipped to a 2-1 defeat.

Liverpool's 19th English title, which puts it one behind United's record haul of 20, owes much to the transformational impact of Klopp.

"We followed him and believed him," said captain Jordan Henderson. "It's been an amazing journey.

"I'm hoping there is more. We just keep hungry, keep wanting more and following him."

Liverpool has clinched the title earlier than any other Premier League champions, breaking the previous record of five games left shared by City and Manchester United.

But it has been an agonizing wait for Liverpool fans across the world, with the coronavirus lockdown forcing them to put the champagne on ice.

Videos on social media showed many of Liverpool's players watching the Chelsea match together at a hotel.

"We won't tell you the exact location, but we are all in a hotel together as a team," Liverpool star Andrew Robertson told the BBC.

"We thought something hopefully special was going to happen and that's how it turned out."

Liverpool spent years in the shadow of archrival Manchester United during the Alex Ferguson era before being left behind by the massive spending of Manchester City and Chelsea.

It infamously squandered a golden opportunity to win the title in 2014 under manager Brendan Rodgers, when Reds captain Steven Gerrard made a costly slip in a late-season defeat against Chelsea.

But Klopp's men are deserved champions after an incredible campaign that could end in record-breaking style.

Liverpool is on course to beat Manchester City's record points total of 100 set in 2017-18.

Klopp, the first German manager to win the Premier League, has been the architect of Liverpool's renaissance since the former Borussia Dortmund boss arrived in 2015.

Infusing his players with a belief in his "heavy metal" football and high-tempo "gegenpressing" game plan, the charismatic Klopp has earned his place alongside Liverpool's iconic former managers Bill Shankly, Bob Paisley and Kenny Dalglish.

"He epitomizes everything that Liverpool Football Club stands for. He appreciates it, he respects everyone who works at the club," Dalglish, the architect of Liverpool's 1990 title, said of the German.

Klopp led the club to the Champions League title last season, but Liverpool was pipped to the Premier League title by City despite finishing with a record 97 points for top-flight runners-up.

But with Mohamed Salah, Sadio Mane and Roberto Firmino forming a formidable front three, Henderson a tireless presence in midfield and Virgil van Dijk imperious at the back, Liverpool has left City trailing in its wake this term.

"That is the reality, that we are so far behind," said City boss Pep Guardiola. "Liverpool were fantastic in consistency throughout the whole season."