Low under fire as Germany faces Switzerland in Nations League 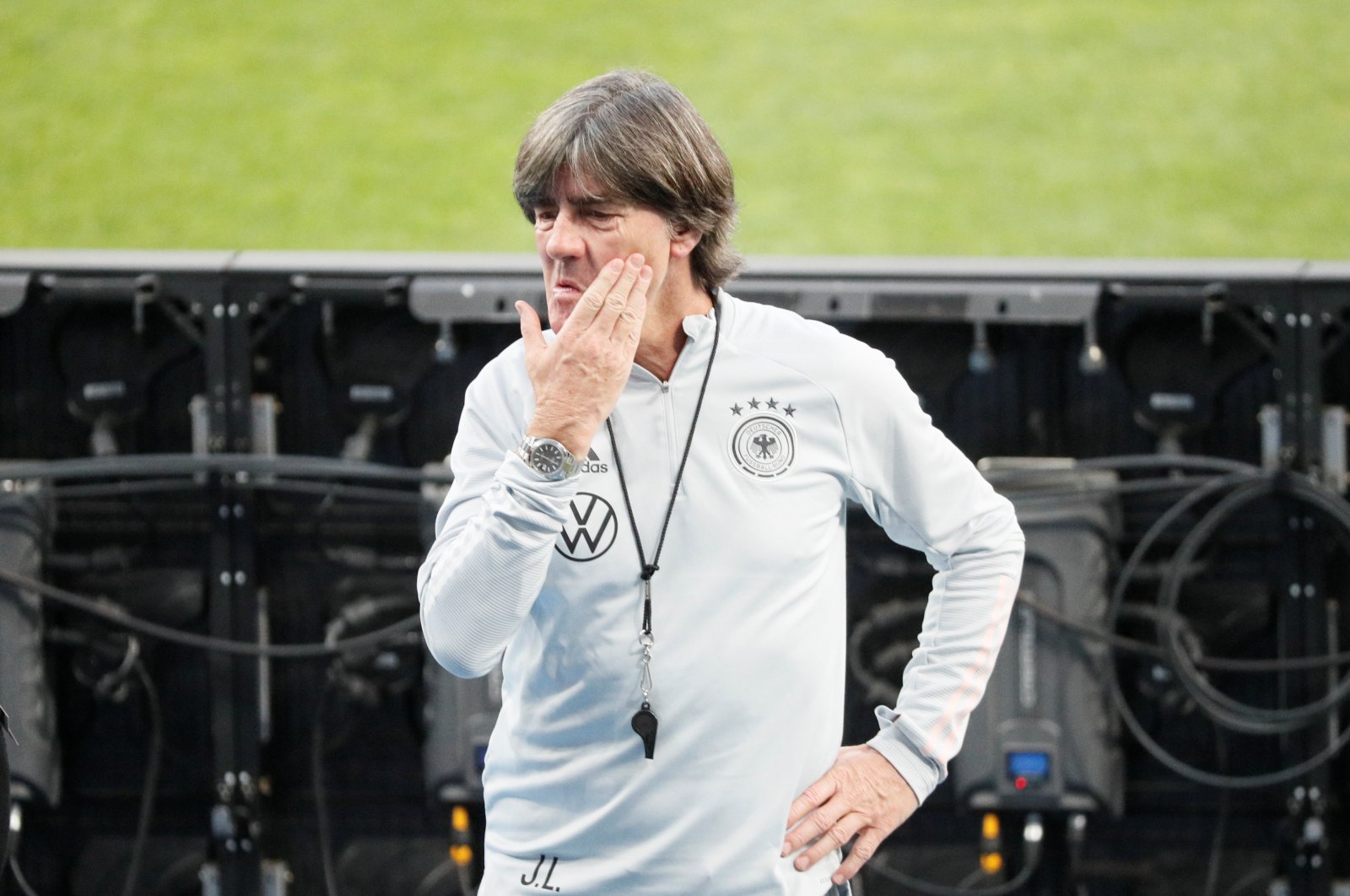 Germany will host Switzerland on Tuesday amid sharp criticism of the national team's head coach Joachim Low, who is still struggling to shake off the aftermath of their 2018 World Cup debacle.

By their own high standards, Germany has made a low-key start in the Nations League with two draws, against Spain and Switzerland, and a narrow win over Ukraine before facing the Swiss in Cologne.

A full-strength side scrapped a 2-1 win against Ukraine in Kyiv on Saturday following three straight draws when the Germans leaked second-half goals on all three occasions.

On Tuesday, Toni Kroos is set to make his 100th appearance for Germany, but Julian Draxler, Marcel Halstenberg and Lukas Klostermann are all carrying knocks and are doubtful starters.

Injuries aside, Low feels little need to "change much" in the starting line-up despite worrying signs in Kyiv.

Only a fortunate Leon Goretzka header – after a rare mistake by Ukraine goalkeeper Heorhiy Bushchan – made the difference as the Germans often gave possession away cheaply.

"I see the big picture on the way to the European Championships," Low insisted with the Euro 2020 finals eight months away.

"We have a clear plan. We know what we are doing."

Low has a contract until 2022, but his popularity – which peaked when Germany won the 2014 World Cup – crashed after the 2018 finals in Russia, where the Germans failed to get out of their group.

Despite Low's promises to rebuild the side, Germany is still susceptible to lapses of concentration, as proven when they conceded three equalizers against Turkey.

Around 7.5 million tuned in to watch the win over Ukraine.

It was a slight improvement on the 6.77 million who saw last Wednesday's 3-3 friendly draw against Turkey – 21.5% of the market, the lowest viewing figure in the 14 years since Low took charge.

"It's a pity. I hope things can be turned around soon," he said.

After the draw with Turkey, Lothar Matthaus, who captained West Germany to their 1990 World Cup win, slammed Low for fielding players like Nico Schulz, who struggles to get a game for Dortmund.

"That is precisely why nobody turns on the television to watch Germany anymore," Matthaeus wrote in a column for German daily Bild.

Low brushed off such criticism.

"I have been experiencing different opinions for 16 years," he said having first joined Germany's coaching team back in 2004.

"You have to see where we have come from. After the World Cup in 2018, we were at the very bottom."

But his critics can argue that there is little sign of development in the two years since.