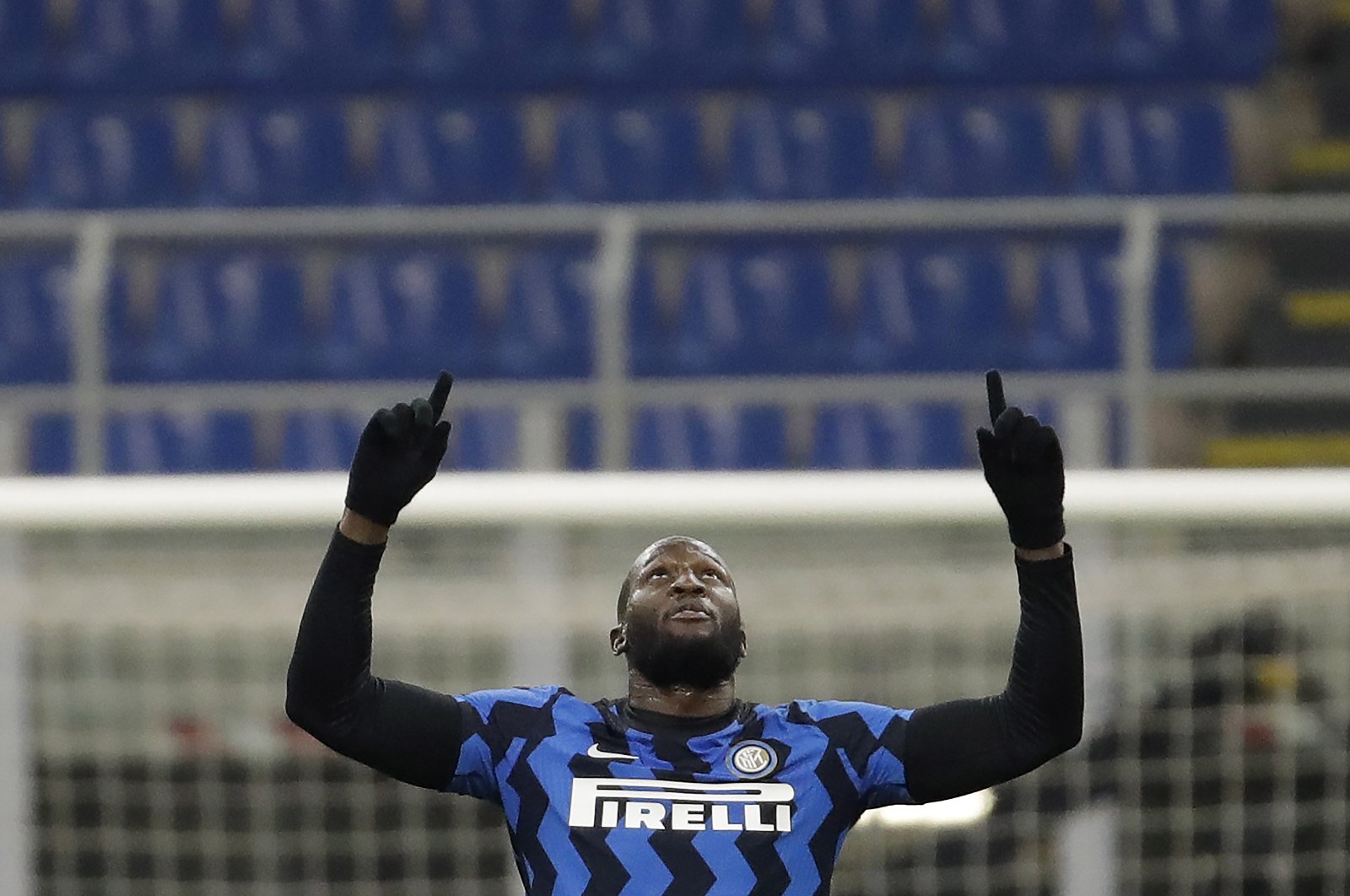 Inter Milan's Romelu Lukaku celebrates after scoring his second goal against Lazio during a Serie A match between Inter Milan and Lazio at the San Siro stadium in Milan, Italy, Feb. 14, 2021. (AP Photo)
by ASSOCIATED PRESS Feb 15, 2021 1:51 pm
RECOMMENDED

Romelu Lukaku scored twice and took his tally to 300 career goals as Inter Milan moved to the top of Serie A with a 3-1 win over Lazio Sunday.

Lukaku netted a penalty and doubled his tally at the end of the first half with the landmark goal. He also set up Lautaro Martinez for Inter’s third, shortly after Gonzalo Escalante had given Lazio hope.

"Romelu struggled a bit lately but it's normal to have dips in form," Inter coach Antonio Conte said. "We need this type of Romelu, he’s back to his usual standards."

Inter leapfrogged a point above AC Milan, which surprisingly lost 2-0 at Spezia on Saturday. The two teams meet in the Milan derby next Sunday.

Roma's Jordan Veretout scored twice to help his side beat Udinese 3-0 and move to third in the league.

Elsewhere, Luis Muriel again came off the bench to score a last-gasp winner for Atalanta in a 1-0 victory at relegation-threatened Cagliari.

Muriel has earned himself the reputation of "super sub," and it again proved the case in Sardinia. Atalanta appeared more dangerous when he came on in the 68th, and the Colombia forward netted a goal in the final minute.

Cagliari thought it had been given a stoppage-time chance to equalize when it was given a penalty after Marten de Roon appeared to trip Daniele Rugani but it was rescinded after the referee reviewed the incident on the pitchside monitor.

Fiorentina is seven points above the relegation zone after losing 2-1 at Sampdoria. Last-place Crotone lost 2-1 at home to Sassuolo.